Character Design and Choice in Games

1:00 PM on 01.24.2012 (server time)    0
In the last generation or so of consoles character design has become increasingly important in games, not just in the sense that characters need to be well-designed to be appeal to players but also in the sense that player choice in the matter has become increasingly important. The steady improvement in the capabilities of gaming hardware and the increasing potential profitability and cost of modern games has meant an increasing desire by developers to create games you really want to play and enjoy, and a big part of having a game you want to play is having a character you want to play as.

Why do either appeal to us though?

For the most part, static characters (the term I'll used to refer to characters who can't be altered by the player either in sound, appearance or action) appeal to us because they offer a fantasised image of the sort of person we want to play as, so typically they're heroic, attractive and well-built men or pro-active, attractive and sexualised women. It's debatable whether we truly want either, but those are the kinds of static characters that dominate.

In terms of flexible characters (the term I'll used to refer to characters who can be altered) it's about the ability of us to create a character who we feel comfortable with and even attached to. Customisability only works if you have a certain degree of choice though � being able to choose from three faces and two hairstyles makes creating a character more interesting but it doesn't really allow you to make a unique character that you feel is yours, which is what a lot of players want. Players tend to feel that the more choice there is the more unique and attached to them their character is - hence why so many online games offer customisable characters and then charge for extras to help make your character more 'unique', because they know some people want that level of individuality in their character. 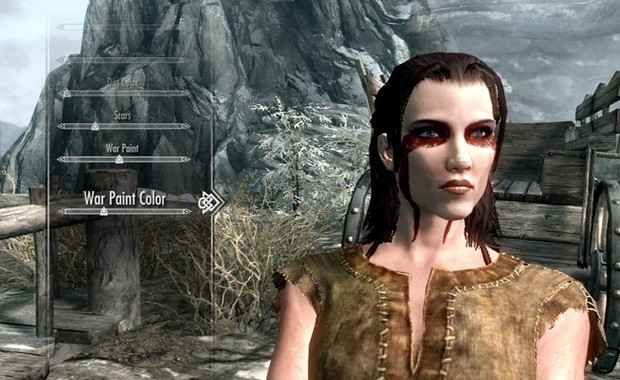 Whether or not a static character or one who one you choose yourself is better is a difficult question to answer, primarily because at the end of the day it's an issue of personal preference. I've written before about character identity, including on the silent protagonist as a character, and as with that, for some people having a silent protagonist in games like Half-Life and Fear makes people feel even more invested in the character because they don't feel as though they're having a character they find annoying forced on them. They can fill the void with their own sense of character. For others though, me among them, this lack of characterisation, this void, signals more about a lack of identity in the hero, and thus a problem rather than a plus.

In the same sense character choice provides us with a chance to fill that void with a sense of ourselves but it still leaves something to be desired with it comes to a truly inspirational character, flexible characters often don't have the strength of character that a static character does, though vice versa, fixed characters can often seem bland, too broad to really have character if they're not done well. For some the first is preferable, for others the second.
Login to vote this up!