Holy crap! Shovel Knight is getting an amiibo!? That's radical, dudes! And it unlocks co-op, customization, and a bunch of other stuff that will likely only be available to Nintendo platform owners who can get their hands on the amiibo, which probably won't even be available in certain Japan other Japan countries Japan for easy importing since Shovel Knight isn't out in some of them yet!?

I've got mixed feelings about this one, not gonna lie.

You might recall the last time I talked amiibo, but if not, look at this shameless pimping! But to summarize, I really like the Skylanders model of toys-to-life games... even though the only way I can afford Skylanders anymore is by ogling the figures as I say I've given up on them, then end up contemplating it when the starter packs have dropped to $15-$20 and you can get preowned figures for less than $10 and then get them all 50% off when you buy more than two.

Still haven't actually done any of this, mind, and I probably won't given my current financial situation, but that's the miracle of window shopping and having an imagination for you.

See, what I like and prefer about the Skylanders method is how the figures usually contain data, or at least involve the specific figure. This extends the side-Skylanders figures that do serve as unlockables (the items and such) typically always have a use in later games, including the ones that unlock whole levels. Even Trap Team's ill conceived titular traps, a mechanic so unnecessary the actual 3DS version of Trap Team didn't even use them, will be seeing new (if altered) life in the upcoming SuperChargers.

At the same time, Skylanders has also created a system that doesn't require the actual need for other figures. Oh, you bet there are plenty of goodies to be had if you've got other ones, but you should generally be able to complete the game without missing out on terribly much if you stick with what's in the box, as far as I know. This is so true of SuperChargers that they're even offering a special download version of the game that includes one of the new characters and one vehicle preinstalled for players that just want to use all of your figures from the older games.

So far, most of the games even work so that so long as you have your bases covered (one of each element, one of each gimmick), you can still generally see everything in the game without buying everything, and this can be pretty easy given how many older figures there are now. Skylanders Giants was even designed so that, so long as you got  the game's starter pack (which came with one of the titular Giant figures), if you had your characters from the first game, you wouldn't have needed to buy a single figure in the Giants line. 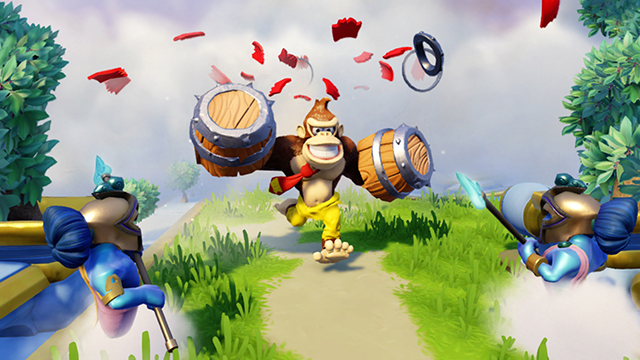 Similarly, SuperChargers is giving everyone monkeys and vehicles for them to crash.

But with amiibo, because you have so many spread across so many different games, we've now found ourselves with figures that can't/don't have data that carries over from game to game. They just exist for their one time purpose, as of now anyway, and that's it.

We do have a few figures that unlock things in multiple games (strangely enough, it seems like the Fire Emblem figures are the most useful, yet they're also strangely some of the rarest), specific to them at that, but then you have cases like the Splatoon and now Shovel Knight amiibo that seem like they're just being given amiibo, well, for the sake of being given amiibo. Their content isn't really specific enough to those figures, and as of now, those figures aren't being used elsewhere to make locking that content behind the amiibo justifiable.

There's not really any interactivity to just using the figure once to unlock something, after all, yet that's how some of these figures work. At least with the Fire Emblem characters, you have unique characters unlocking those same unique characters in different games, not to mention the fact that all of them already have the whole Smash Bros. amiibo functionality going on already.

So what can we do about it?

I'm glad you asked, Noone Inparticular! 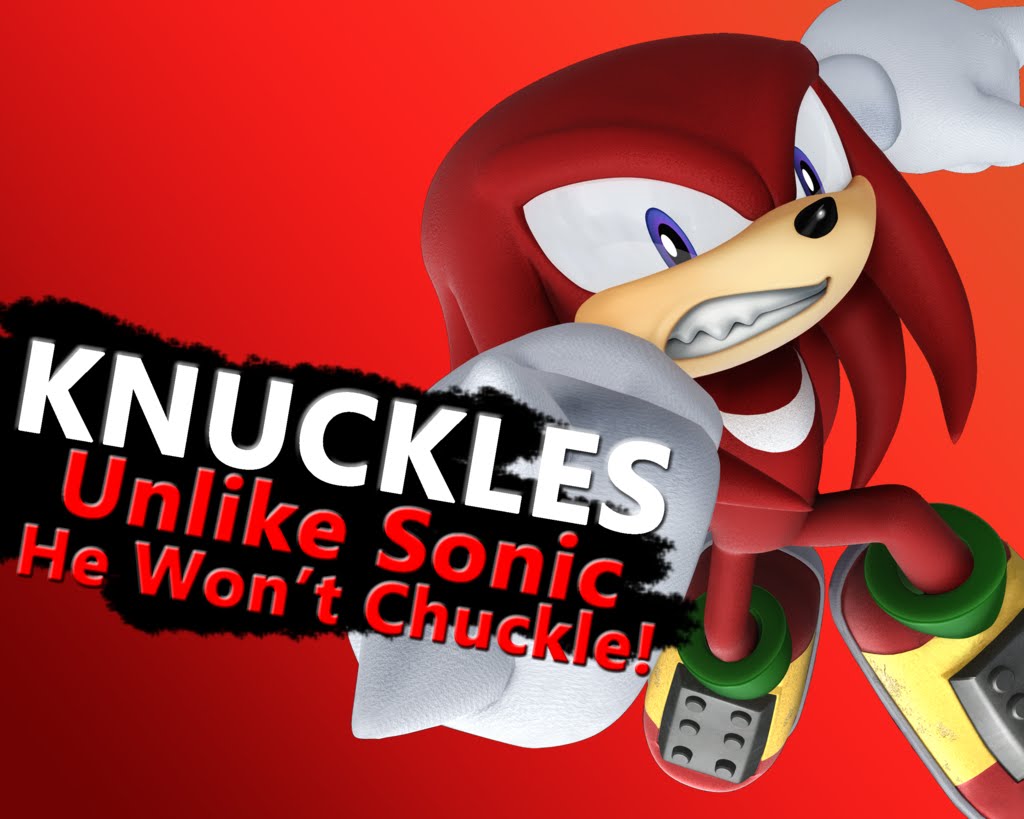 We're going to make this up ourselves!

In today's exciting installment of Zetta Talks A Lot About Stuff No One Cares About, I'm going to tell you what, in an ideal world where I had any say at all in this situation, I would do with the amiibo situation as far as their compatibility with software goes. We might even see some surprises here...

Okay, forget it, pretenses be damned.

This is going to be a blog built up of ideas that have been swirling around comment sections and my head for months, all gathered into one place. In short, I'm gonna be saying what amiibos I want to see for what games, franchises, and even making up games for them in some cases, okay? And I'm gonna even be revisiting some older games too, but we'll get to that stuff later.

Obviously, stock being available or not is a non-issue in this ideal world, so we're not even going to get into that too much. Personally, I say they should just cut some deals with Toys'R'Us and Wal-Mart or something and do the logical thing and start stocking these things in the toy sections in shelf space nearby the video game aisles of those stores, but I am ignorant to much of that world, so that is likely an idea that is extremely impossible undoable, so maybe we should leave this suggestion there and move on. 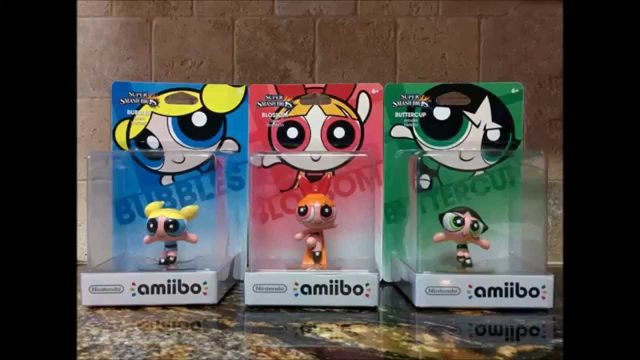 They look so real.

FIND OUT WHERE THIS GOES, NEXT TIME ON...

AN UNFORGIVABLY LONG BLOG ABOUT AMIIBO!

SEE YOU NEXT TIME! 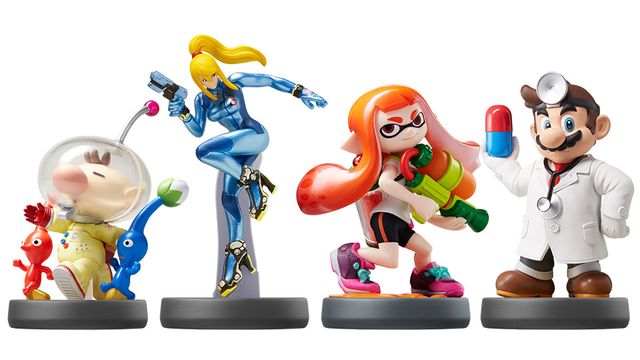