When it comes to video games, loyalty can take strange shapes. Finding yourself loyal to a character, well, that's easy enough. Loyalty to a company, a developer, those are all very common things to see amongst gamers. You can even find people who are loyal to certain controller types if you look hard enough. What about a way to play a game, though? More importantly, would loyalty to such a thing count for the challenge that has been thrown down before we bloggers of Destructoid? 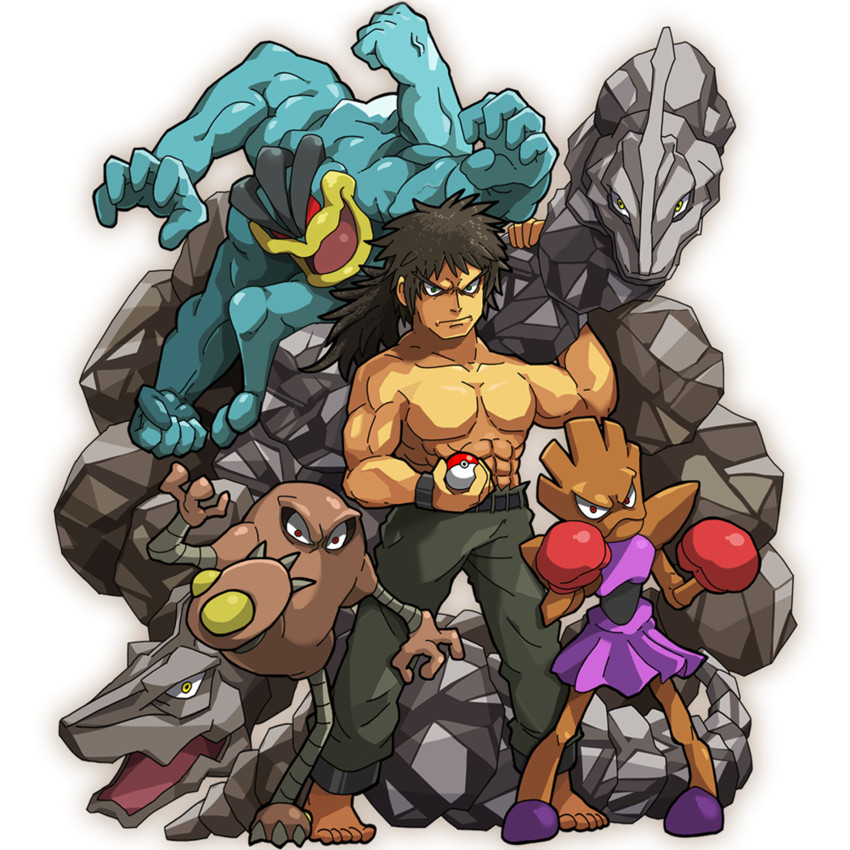 If you can't tell from the title, or at least that little intro just now, this originally started out as my response to this month's Bloggers Wanted challenge. As I got to writing it, however, I realized that it just didn't really apply to the theme. Despite this grave misstep on my part, I'd still like to recount this tale of where my mind traveled to when I began down the path of my soul, searching for where some of my loyalties in gaming lie.

I admit, I'm not the most well rounded player of fighting games. One of the first times I played Street Fighter "seriously" was when I decided to go to the Street Fighter IV release day tournament on a completely random whim because I really liked the theme song. You can probably imagine how that turned out. 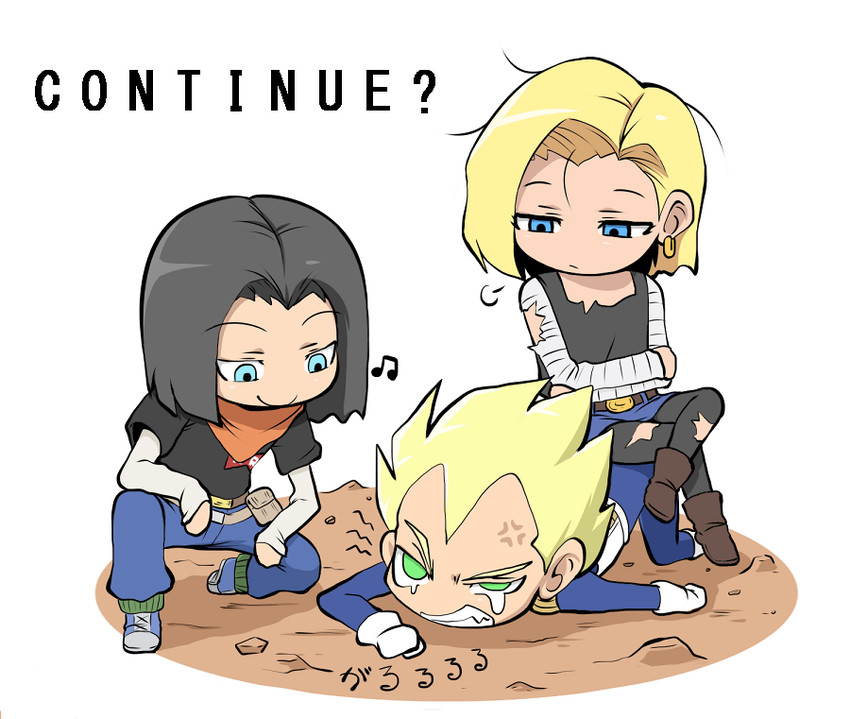 Well, I took it better than Vegeta would have, at least.

There is one competetive game that I've been playing since I've been a kid, though, even if it's not strictly a fighting game:

Is there a Pokémon I'm loyal to above all others, though...? As I considered this series for a topic, I realized that while I do have plenty of favorites, if anything, I'm the opposite of loyal when it comes to Pokémon games.

I'm in that magical minority of people that can look past Gold, Silver, Crystal, Heart Gold, and Soul Silver's "TWO REGIONS!!!" to realize that that holy crap, this ruins the game's pacing, to the point that it actually makes them some of the worst games in the franchise if your love for it doesn't have a decent percentage based in nostalgia. Hell, on that tangent, one of my biggest issues with X and Y was the disturbing amount of pandering that the first generation of games received.

For people whose love of Pokémon is nostalgia, though, it's obvious why the second generation games are so loved (and their flaws so overlooked), and likewise, it's not hard to see why X and Y are so popular despite their glaring flaws as well compared to the amazing, yet strangely less appreciated games that preceded them.

Despite my loyalty to the franchise as a whole (and admittedly how it has wavered somewhat in the past few years and the drop in quality after the fifth generation), do I just... not have any true, blind loyalty to any part of it like so many people do? Where is the thing I am willing to write angry comments about long into the night, when any sane person would have gone to bed hours earlier?

No, I'm not crazy loyal to any one critter over another, favorites and opinions though I may have, but would I still be here if I wasn't loyal to something...? 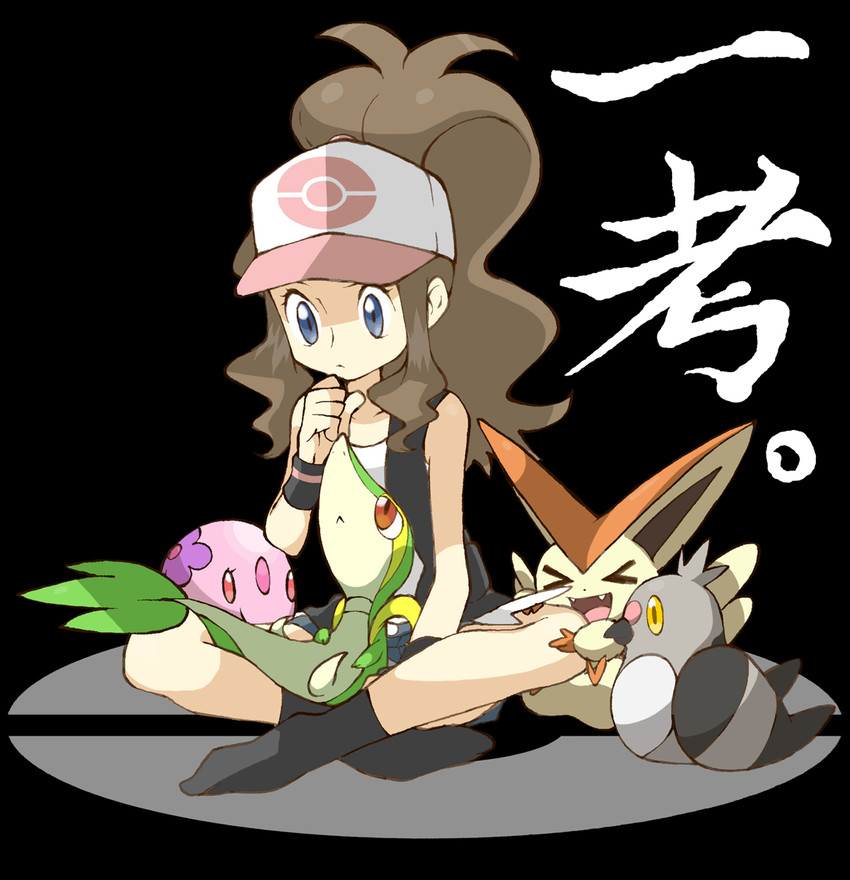 That was when it dawned on me.

When I start a new Pokémon game, I always try to stick to the new creatures that were introduced within that game's native generation. Why would I want to use older ones in a new game? Where's the fun in that? I've used them before. It's not that I have anything against the old ones (most of the time), but the whole point of the single player Pokémon experience is the journey. Why rehash adventures I've already had when I'm on the start of a brand new one?

Upon thinking that thought, I realized that yes, I am loyal to something. I've been loyal to something all along, as a matter of fact! It's been right there, staring me in the face like the true identity of Dugtrio! If I were still applying this to the Bloggers Wanted challenge, you could say I'm cheating here, because my loyalty isn't to a single creature. It isn't even to a single generation or game, really. Quite the opposite.

When it comes to Pokémon, my loyalty is somewhere else. My loyalty transcends a single Pokémon. 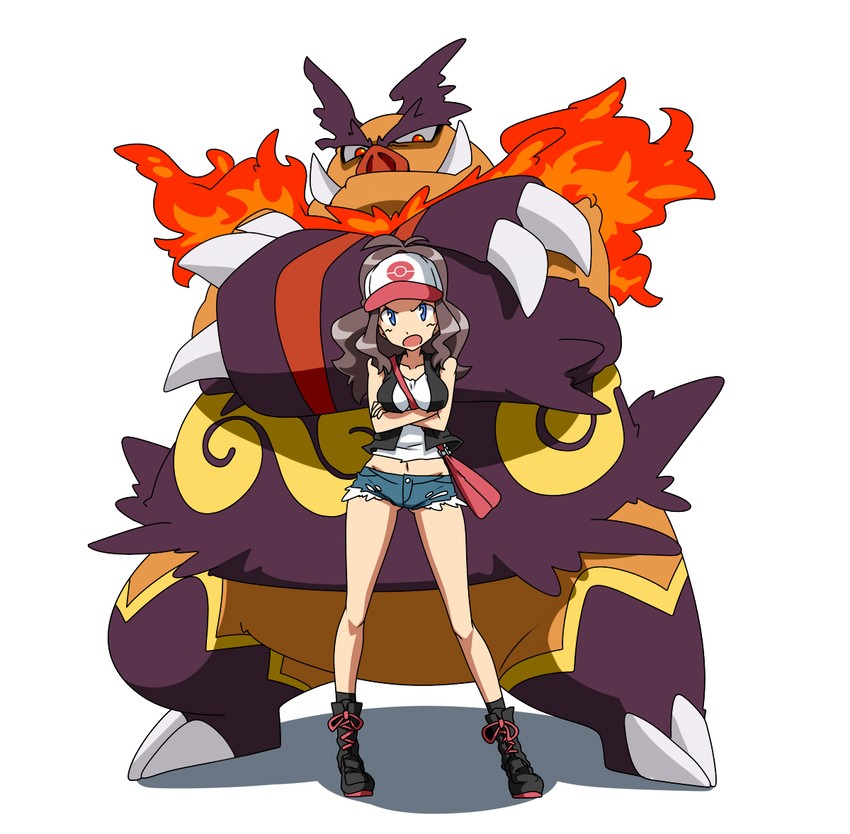 "Say 'dat ass.' I dare you. I double dare you. I triple hog dare you to say 'my loyalty is to dat ass.' See what happens."

My loyalty lies in being able to set out on a new adventure as a pretend kid in a bright new world, with a level 5 starter Pokémon and a land full of amazing new things for me to see and do, or at least experience again in a remake. My loyalty lies in being able to try out new things and experiment with Pokémon I've never used before, and might not have had I just grabbed the things that are familiar to me, or worse still, specifically sought them out.

I can't even imagine having that mindset, and I don't want to. Dismissing Black and White, two of the franchise's best, for forcing you out of your comfort zone? All I can think to say is about damn time, GameFreak! Now do it again with whatever games you put after Z, just give us enough new things to make up for the disappointing amount of offerings X and Y had, you hear? 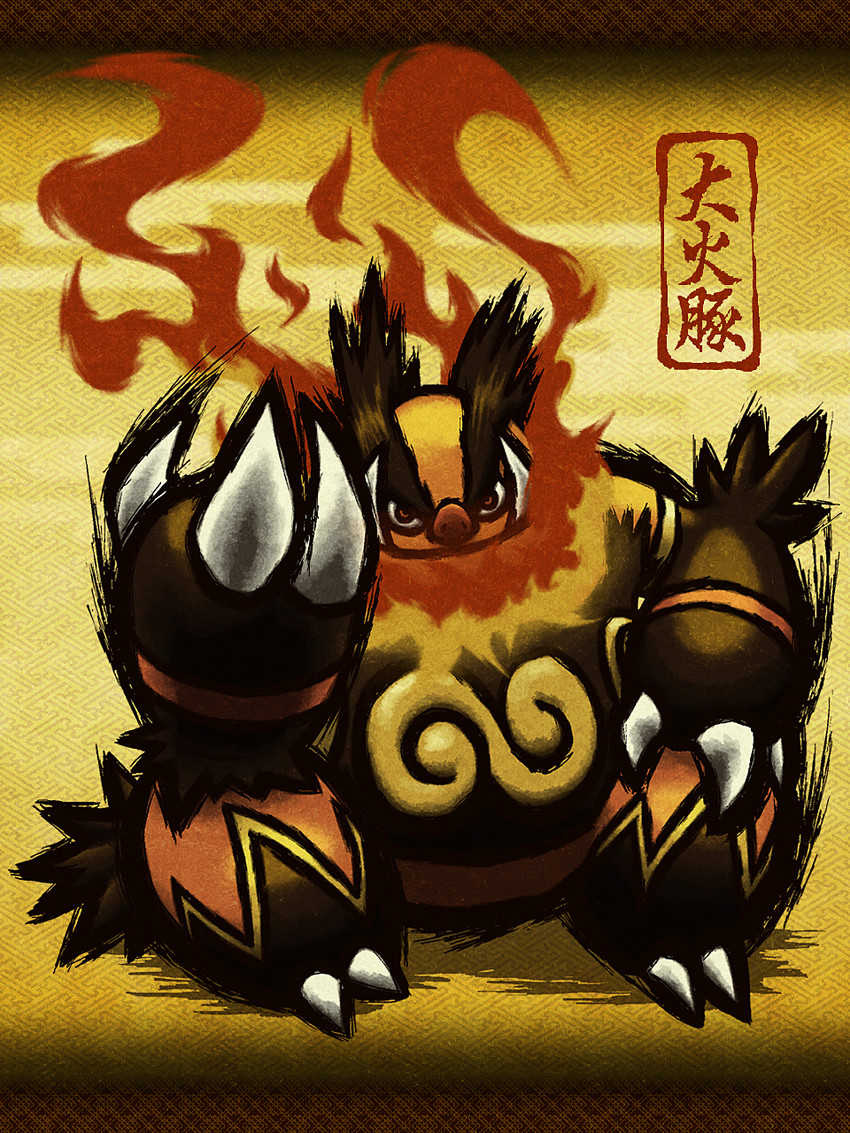 Why is Emboar here?
Because this magnificent hunk of pork is the reason I can't just pick the easy answer of Water type starters for Challengers Wanted.
... not that that wouldn't still be cheating.