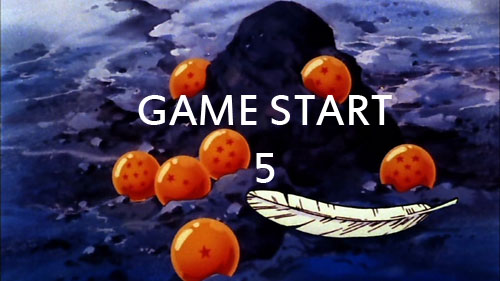 When we last left off, Krillin had just been blown to bits by Frieza and I had completed my first good game via one of the project tutorials. Exploding Krillin aside, I had burnt out immediately afterwards and put game-making aside for a little bit. *cue sad going-away piano music*

In all seriousness, I really should start to pick up the pace with getting more things done. That said, I should finish the new learning course that I bought a month or so ago from Udemy. And so that's what this post is mainly about.

This course was at the recommendations of a person who was at my orientation at work. He came from a video game design school and specifically mentioned this course when I caught up with him a while back. To my suprise it was on sale and so I bought it. I jumped back in recently and it was a hundred times more absorbable than the previous video project I just finished. I'm still on the first project out of the multiple projects they have, but so far the viewings have been enjoyable and bite-size. Thank the heavens!

Starting since the beginning of this blog series, I had kept a small cheat sheet to remind myself of certain concepts and terms with regards to Unity and game making in general. Because I'm not taking the traditional route of learning about games through schooling, I have to figure out how to navigate the waters myself. Do I learn about this, or that first? What about after? Is this even relevant to what I want to do? This cheat sheet is my go to reminder of anything I that I think will come in handy down the line. Probably not the best way to do this, but hey, pobody's nerfect, right? 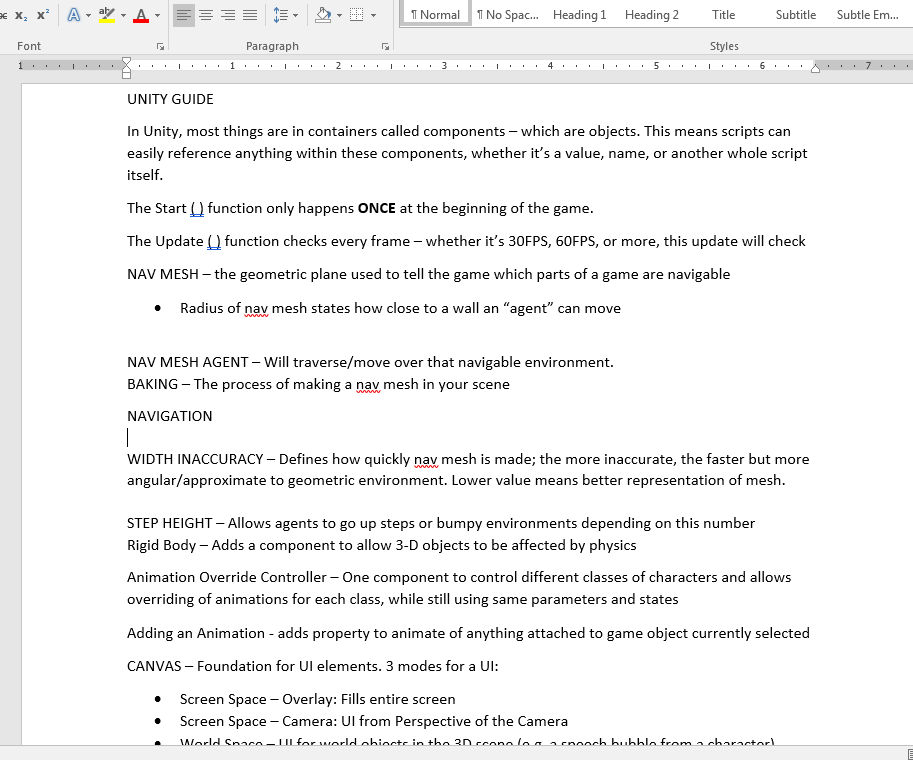 Even though the videos I viewed are going over general concepts I already know about in programming, they bring up specifics about game creation and the Unity engine in general, so I follow along anyway. Anytime they do bring up something new or important, I put it into my reference guide thing. For instance - this is probably a very well known thing when you get into a dedicated school for this stuff, but I did not know what the Start () or Update () functions did really. One of the first videos touched upon it, so I knew I couldn't just skip over anything then and there.

While this project focused more on the basics of programming, they also taught us how to work with the console. A simple number game showing text, handling user inputs, and then responding to it, were all output and used with the console display. I still don't know much about the different tools of Unity, so this was great. This project was relatively easy and a very approachable way of introducing the most fundamental aspects of programming. Wish my schooling could've done that, but nooooo. I had to force myself to read books so dry that it would put deserts to shame. 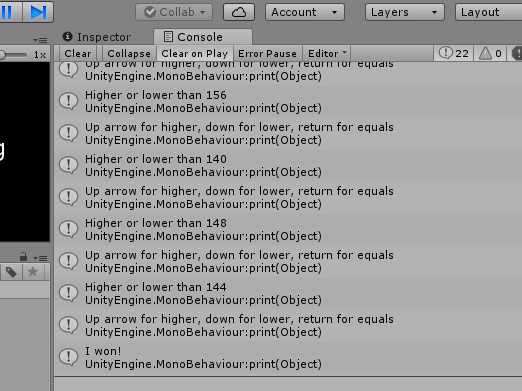 I have never done one of the Udemy courses, but I gotta say it's pretty sweet. Everything flows and responds so well and the graphical interface is something I do want to see more of with other multimedia heavy courses. They have the video player in the center, but also various buttons and menus that help with your learning experience.

There's a menu on the corner that pops out and hides the other videos for the project you're in. Depending on what you do, the video player responds to it, making the video smaller or larger as you pop out or hide it. Usually these types of interactive menus make my browser stutter like hell, or they simply freeze up my video, and thus crash. But no, not this one. I don't know what magical code gurus they have over at Udemy, but the whole thing is super smooth and there's really nothing to complain about, at least not during my experience with it.

They also have bookmarks for areas that you can reference later. It actually shows a blip on the video timeline about where people usually bookmark a section. This can tell you which parts not to skip because an important bit of info is coming up. Clicking another button will actually direct you to their Q&A, too. They also have a forum which can help you further, in case there's something you don't understand. 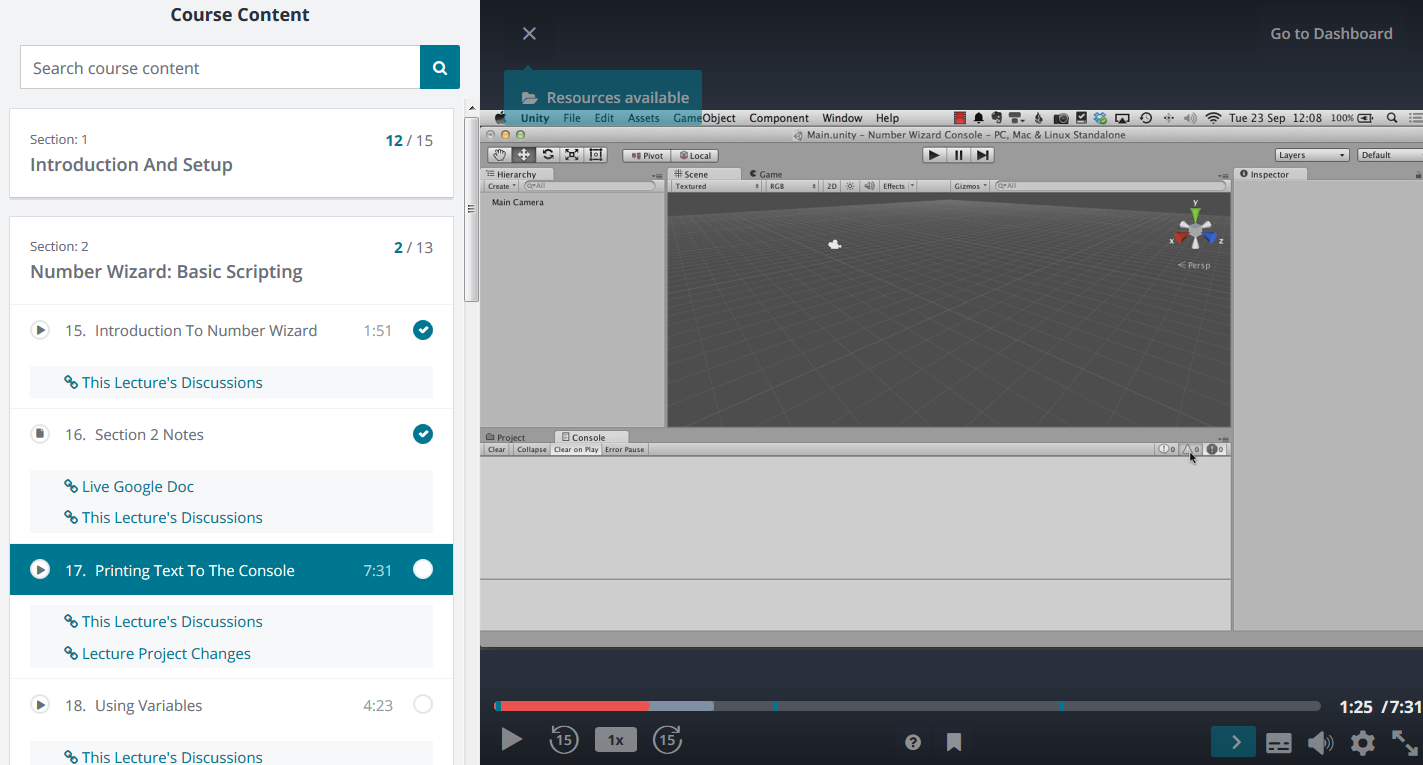 But progress is progress, no matter how small. I can't wait to be in a position comfortable enough to share actual progress of my own game during this blog series. Until then, I will explore these projects and finish them at my own pace. A slightly faster pace. Honestly I think this was the least amount of work I've done so far, so if I do manage much less, than boy do I suck. Thankfully, after going over ther type of projects they have coming up, I think I'll be focusing more time on this course to get into more of the game making concepts.

They have projects that will have us work with 2D games, animations. and creating assets. There's a 3D open-world one which I am really excited for and the last one talks about online networking concepts which will show how to make a game designed for online multiplayer. That one I am REALLY excited about. My oh my, I'm getting the vapors just thinking about it.