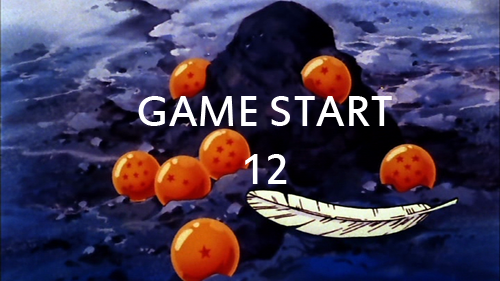 Welp, here we are - December. I've done this for twelve months. One year of documenting my game development journey. All of my previous posts have been about following along a course project. Learning some new things about programming, but also how to use Unity as a whole.

But this is where I begin truly developing something on my own, with my own ideas. No hand holding, just figuring it out as I go. So let's see what's been happening.

When I had made the decision to get serious about programming and game development, I started documenting my game ideas. Most of these would be in a notes app on my phone because ideas would pop up randomly. It wasn't until this month that I compiled them into a document. What you see above is the basic idea of the game I'll make.

Rolliing obstacle game is obviously just a descriptor. I still am undecided on a name, but I do know what the game will be about and the overall gameplay.

I have a few other ideas, but they are a lot more complex and a lot more involved. I wanted to make something that I think will be fun and simple. I've always been a "less is more" type of guy and I think this concept will exemplify that. I'm not sure if this idea has been done yet, but wouldn't be surprised if it was.

Anyway to visualize my idea, I made a drawing. 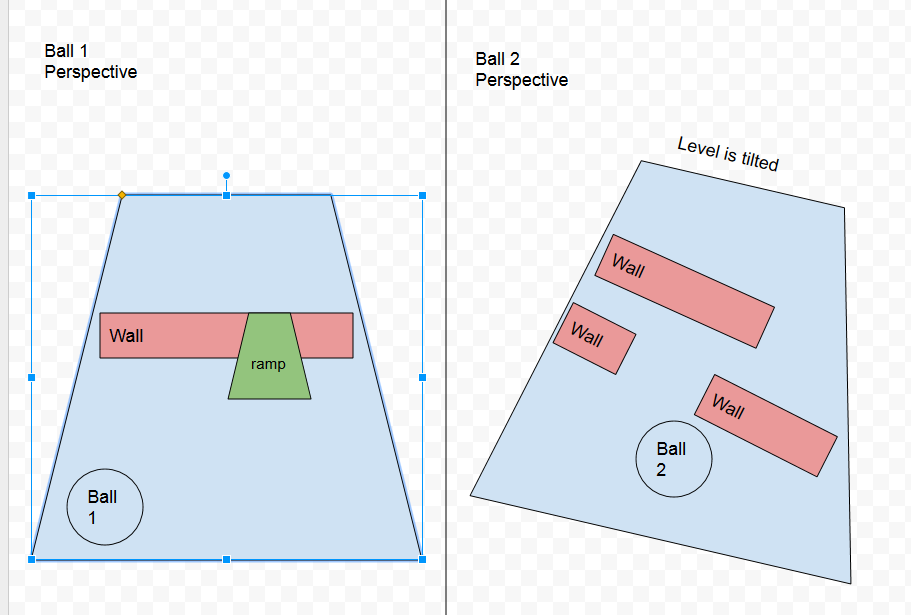 As my description stated, there will be two views for two different balls. The whole point of the game will be to have both balls reach a finish line while avoiding obstacles. The challenge is that you'll have to essentially control both balls at the same time and navigate around the hazards. Imagine the left stick controlling Ball 1, while the right stick of a controller handles ball 2.

I feel this simple concept has lots of legs to stand on. It actually gives me vibes of Super Monkey Ball. But I'm not sure if you ever had to control two at once.

I'll be honest, I came up with this idea hours before I started typing this. To say I have been working on this since my last post wouldn't be a lie, but I definitely didn't do much. It was mostly brainstorming and a lot of just sitting and staring at my PC.

"Just start!," I would say. But start where? What would I even begin doing? Making random shapes and messing around in Unity until a eureka moment that may or may not happen? Unfortunately, that's not how my brain works. For whatever reason, I think better when I'm not solely and purposefully thinking about it. Remember when I said I wrote down ideas that popped into my head in a notes app? That was because I would be doing mundane things at the time. I could be washing dishes, cleaning my room, doing the laundry, and an idea would pop up. Sitting down and actively thinking about it just doesn't work for me. But once I have the idea, I can then focus better on everything else after.

I wanted to have something done by the end of this year, but as always life - and all that come with it - likes to throw curveballs. Now that I have something more concrete, I expect things to progress a bit faster. 2019 and beyond will be great.

See you guys in the new year!