You should buy Goat Simulator - no, seriously...

10:31 AM on 06.27.2014 (server time)    0
When I bought Goat Simulator, right on the release date, I did for the joke and for standing by my word. You see, I was one of those people that said "This game HAS to be made" and I don't like people who write checks with their mouths that their asses can't cash in. So I bought it it for the full price. And you know what? Before I realized it I had more fun than I had maybe since Assassin's Creed 4 (because pirates) with any other game this year. 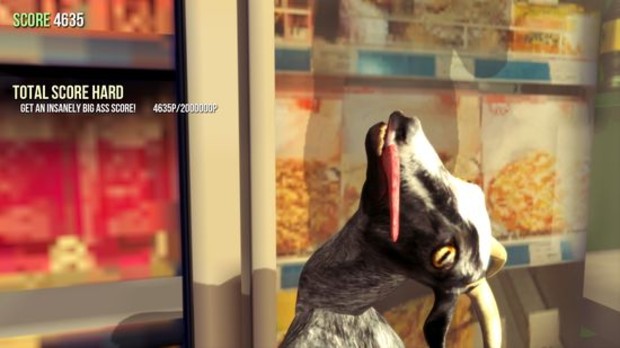 So then, one day, I met their god. He looked tired and dissipated. Spit was running out of the corner of his mouth and he wasn't able to articulate his mazy thoughts clearly.
And I spoke to him: "Lord, I have sinned! I took the prettiest flower from your garden and ripped it's head off." And he answered, albeit just unclear: "Obliterate me."
#General-Opinion/Editorial
Login to vote this up!