The worst thing about censorship is ███████ - 042 - Pillars of Eternity

Salida dear readers,
my name is Jim aka "OpiumHerz" and as some of you may already guess by that nickname: I am german. With the blog series "The worst thing about censorship is ███████ " I want to simply give you a little insight in videogame censorship, which is still pretty much alive and kicking here in Germany (but I won't restrict myself to Germany exclusively). I started this blog in 2013 and consider this series to be now in Season 2. Fuck yeah! After getting frontpage-famous I'll continue to take stuff from my colleagues at Schnittberichte and recycle that stuff for your enjoyment.

This episode is about: Pillars of Eternity

Pillars of Eternity is a RPG released by Obsidian, a company that is known for games like Knights of the old Republic 2, Neverwinter Nights 2, Fallout: New Vegas and last but not least Wateland 2. All of them good games, some considered classics and Obsidian had a great reputation. And then came Pillars of Eternity.

Pillars of Eternity was funded over Kickstarter and thus offered certain rewards. For 500$ you would get an in-game memorial stone with a personalized message. And such a message now caused great, great controversy. What could have caused such a controversy? Well, see for yourself. 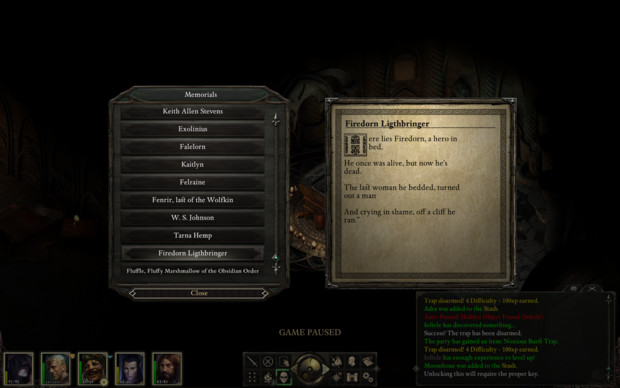 "Here lies Firedorn, a hero in bed.
He once was alive, but now he's dead.
The last woman he bedded, turned out a man
and crying in shame, off a cliff he ran."

"Here lies Firedorn, a bard, a poet.
He was also a card, bust didn't know it.
A poem he wrote in jest was misread
they asked for blood, so now he's just dead."

Now, usually this is where my entry would end. Censorship described. Fair warning: this is where my rant starts and if you want to complain that I did rant after this, you can kindly fuck off.

See, this really pissed me off. This is what we have come to now. You can't make a fucking harmless joke in a game anymore without it getting put on a gold scale. Now the tumblr crowd is always whining about the most ridicoulus stuff, like how the new Dr. Who still is a guy (sheeeit, really, 50 years into a series and they stick with what they done so far?) or by overanalyzing any given Disney movie and reading messages into a simple kid's movie most likely nobody on the production team ever thought about because why would they? This is basically the main reason why I swore to never join that community, because it's basically the Pitylympics, with the only contest being who is more of a miserable cunt (and the impression that this is what most of tumblr consist of stuck ever since - of course I know that there is more to the site).

But the upside is that usually nobody cares enough to react to their whining, seeing how it's removed from reality it can hardly be taken as real. Now one could argue that the change isn't so bad because it basically rubs it into the face of the SJW crowd that got offended in the first place. That they gave in to the change in the first place is and stays bad though. It set not only a bad, but a worrying precedent. Because once the door is opened it won't close again. Now I don't think suddenly the landscape will start to brood before breaking open and ugly (but neutral looking, because offensiveness) beasts will crawl out of the earth, starting to wrap their huge hands around companies. But it sends a very clear signal. The signal that no matter how stupid your demand is, it will be met if you have enough of a Twitter lynchmob behind you. Even if it's just a joke that's totally irrelevant to any real life problem, your asinine demand will find hearing.
That the backer allegedly was okay with the change doesn't change this and asking for this change was stupid to begin with. We're talking about a game that has fantasy creatures and wizards in it, but it has to function as a moral compass grounded in reality? Corpses hanging from trees or joking about split personalities or killing kids is okay, but watch the fuck out people, THIS goes TOO FAR.

Attacking art is something dictators and their kin have always done. I was born and raised in the country that burned books for being "degenerated art", trust me, I know this shit. Now of course one can argue that this is but a tiny change, it doesn't affect the game or gameplay in any meaningful way and yadda yadda yadda. Hey, fair enough, those things are all true. Neither does changing the blood color from red to green. It still stays censorship. And censorship stays wrong. I think by now all of you got and understood that my tolerance for censorship is absolutely zero and that I have the same tolerance for people demanding it, especially when the reasoning is "But I'm so offended by this. ;_;". I don't know what's wrong with the people who started to seriously cry over this as being transphobic, but pretending that this game would serve as any sort of moral compass for someone who would now go out to hunt 'dem shemales is just ridicoulus. It's stupid. It's Jack Thompson level of retarded. And if anyone who is reading this text was demanding the change (I doubt it), please know that you are part of the problem. Not the joke-poem and not the person who wrote it. 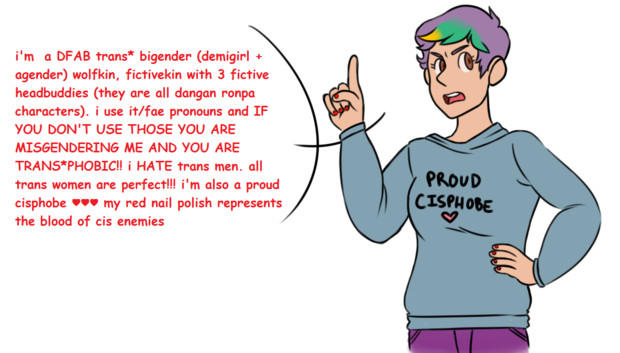 The irony is that this won't help trans people. Not the least bit. This won't integrate them any more into society as normal people (as they should be considered in the first place). If anything it will mark them as another over sensitive minority. A group that you aren't allowed to treat normally, which includes joking, lest you want to be hung from the next tree by an angry mob. This won't set a positive signal and this won't help anyone. It'll just further segregation. But god damnit, you sure as fuck showed them. GG, guys. GG. 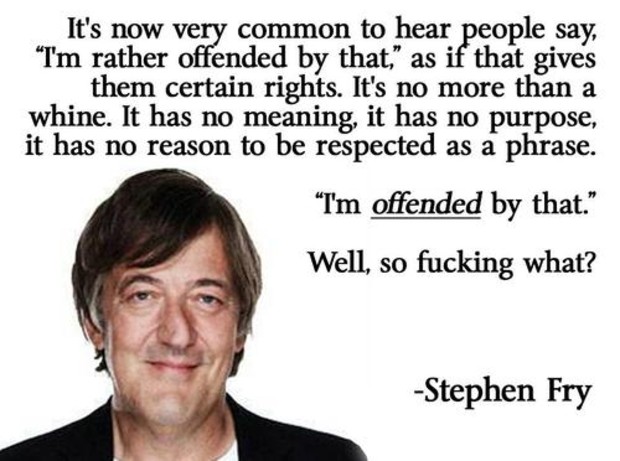 EDIT: Official statement by the person who wrote the poem: http://www.orderoflaibach.com/blog/screw-you-firedorn-lightbringer