The worst thing about censorship is ███████ - 034 - Turning Point

7:39 AM on 08.11.2014 (server time)    0
Salida dear readers,
my name is Jim aka "OpiumHerz" and as some of you may already guess by that nickname: I am german. With the blog series "The worst thing about censorship is ███████ " I want to simply give you a little insight in videogame censorship, which is still pretty much alive and kicking here in Germany (but I won't restrict myself to Germany exclusively). I started this blog in 2013 and consider this series to be now in Season 2. Fuck yeah! After getting frontpage-famous I'll continue to take stuff from my colleagues at Schnittberichte and recycle that stuff for your enjoyment.

This episode is about Turning Point: Fall Of Liberty

Turning Point is a 2008 released FPS that handles a WW II alternative timeline, in which the Nazis won and you have to fight them. It wasn't really that well received with a Metacritic of 43 at best. Of course with a topic like that the game isn't to be expected to release uncensored in Germany. And I bet you know alerady what happened. 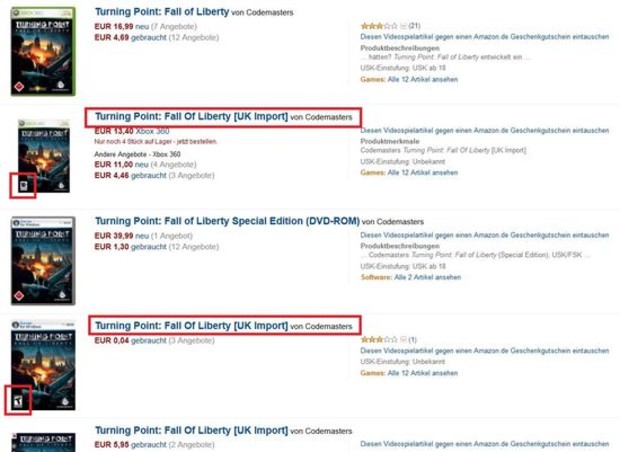 Salida, dear readers. Till next time.
Login to vote this up!