The worst thing about censorship is ███████ - 044 - Mortal Kombat X

Salida dear readers,
my name is Jim aka "OpiumHerz" and as some of you may already guess by that nickname: I am german. With the blog series "The worst thing about censorship is â–ˆâ–ˆâ–ˆâ–ˆâ–ˆâ–ˆâ–ˆ " I want to simply give you a little insight in videogame censorship, which is still pretty much alive and kicking here in Germany (but I won't restrict myself to Germany exclusively). I started this blog in 2013 and consider this series to be now in Season 2. Fuck yeah! After getting frontpage-famous I'll continue to take stuff from my colleagues at Schnittberichte and recycle that stuff for your enjoyment.

Statement:
So... since there was a staff decision I feel it would be fair to take a slight step back. The change of the EiC is something I actually really welcome, although I still feel the criticism I voiced before a very valid and I really don't feel like getting back into the FP for that very reason. I do however want to finish what I started with entry #39, my predictions for 2015. I will, at least, work those off now. No promises for anything beyond that. I'll still stick to write mostly for Digital Confederacy and mostly about music over there. So much for the state of the union, now on with the normal program.

This episode is about: Mortal Kombat X

Mortal Kombat, as I explained before, never had it easy in Germany. The original Mortal Kombat was the first game to get actually confiscated nationwide. Mortal Kombat X was denied a rating by the USK, but that of course didn't stop the advertisements to show up in the german Steam store. 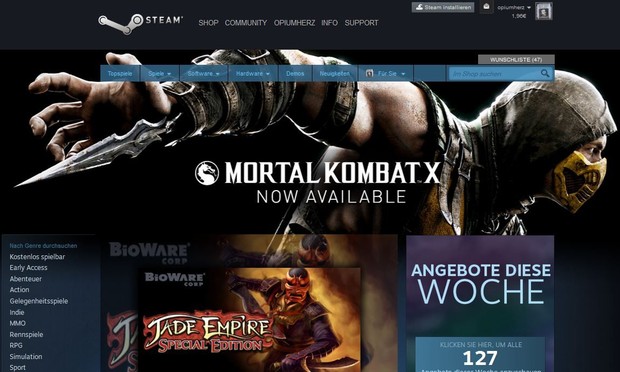 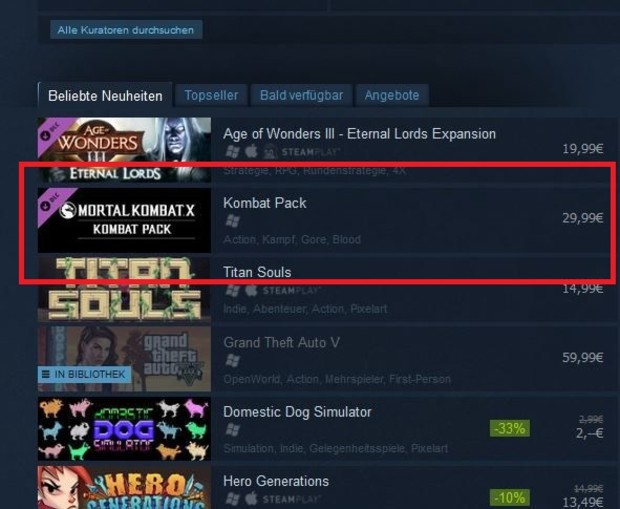 I mean, of course I couldn't actually BUY it. I couldn't even open the storepages for it. All I could see was pop it up in the lists... and of course the huuuuge Scorpion ad they had running on the homepage for one or two days after release. So we got the normal middlefinger salute.

So, what was my prediction back in the day? I quote:

Game: Mortal Kombat X
Chances for uncut release: we'll rather have a real life Mortal Kombat happening.
What will happen: won't pass the USK, if they even attempt it. Will get confiscated. Indexed at least.

What was that assumption based on? Well, it was based on the fact that Mortal Kombat (2011) got indexed in 2011 and confiscated in 2013. So naturally a game that's basically exactly the fucking same will suffer the same fate, right?

And what happened here is as genius as it is rare. The only time I can recall something comparable happened to GTA IV. So the USK denied the game it's rating and handed it over to the BPjM. The BPjM took a look and decided the game doesn't break any law. This means: it won't get indexed, let alone confiscated. However, this means another thing. If a game isn't evil enough to get indexed, it has to be tame enough to get a rating. So the decision of the BPjM forced the USK to give a rating to the uncensored version of Mortal Kombat X in the end. And then this entry popped up in the USK database:

So yeah, through something that was not to be expected and is rare as a shiny version of myself, Mortal Kombat X gets a belated release and rating, after having it's rating denid in the first place. I wish I could make this kind of shit up.