Occams Thoughts: 10 Things About Me

10:02 AM on 05.09.2014 (server time)    0
Top ten lists are a lot of fun.  Its a great chance to get to know the community and present yourself a bit.  You can let down your guard and get some community love and return the love in quick, urgent thrusts.  So here are ten things about me.  I hope you enjoy them.

I work in an art gallery.

My background is in Library Science with a focus on Archives but life led me to working in an art gallery.  I was originally hired to curate an exhibit on the history of comic books.  That job turned into some cataloging work which then turned into me being hired full time as the Collection Manager and Registrar for the gallery.  It’s a job I love.  Working with art, installing exhibits and watching people come in the gallery and take in what they see is the best way I know how to spend my time and make money doing it.


My favorite movie of all time is The Dark Crystal.

Oh this movie.  My mother told me once that there was a period when I was a child that I watched this every day.  It was in my staple of sick day movies along with Flight of the Navigator, Big Trouble in Little China and Police Academy 3: Back in Training.  I watched this movie on lonely Saturday nights in high school when I felt like I’d never be ok.  This movie helped me see the beauty and kindness that exists in all people.  For me, it’s a work of art.  A masterpiece.  It’s my home away from home.  Even today, I will go to the swamps of this movie in my mind to escape my troubles.  It’s effect on me is profound and will resonate throughout my life.


When I get old I plan to be a mall walker.

So, I have a thing about malls.  I love them.  I love walking around malls.  The sights, the sounds, the smells, it’s magical for me.  I was a teenager in the 90’s when mall culture was still quite en vogue but fading slightly as coffee shops and the internet became more of a thing.  Those times are long past but I still love walking around a mall people watching.  I walk around and see the guy wearing a Staind hoodie with a neon yellow plastic chain wallet holding hands with his girlfriend who has a homemade juggalette neck tattoo and Jack Skellington booty shorts and I smile inwardly because that is a real human moment and I love it.

I hope that malls exist in some form of another when I’m an old man so that I can wander around and smile at all the myriad of strange and lovely folk.

I figured out one day that I have a visual mind when I started to give someone directions and realized I was having difficulty because it was all pictures in my mind.  It explains a lot about me though.  It’s why I’m good with faces and not names and why I am drawn to the arts field.  A few years ago a buddy of mine told me about Mondo Gallery out in Austin.  They exhibit and sell art prints from crazy talented folks like Olly Moss, Randy Ortiz and Mike Mitchell.  The art is usually based on some element of popular culture.  Movies, music, comic books, etc.  I started to look into their exhibits and found there was an entire culture of folks who buy and sell these prints from galleries all over the world.  A year later and I have around two dozen prints in a nice portfolio file.  I am currently working on developing an exhibit in the gallery where I work to showcase these fantastic works of art. I’ve struggled with depression and anxiety for most of my teenage and adult life.  Being quiet and introspective has meant that I’ve spent (and spend) most of my time in my head.  Lord knows I’m better than I used to be but it’s still something I struggle with sometimes.  I have had too many moments where I wanted to join an Xbox Live party of Dtoiders or answer a friend’s phone call but it felt too damn difficult to.  At that point, I usually just put on a movie and lay on the couch.  Depression and anxiety isn’t something that just goes away, at least not for me but there are healthy ways to manage and coping mechanisms that aren’t self-destructive.  So yeah, ups and downs but I try to be the best Occams I know how to be.


I have three heroes: Henry Rollins, John Candy and my dad.

In my late teens, I was introduced to Black Flag.  Loved the music and became very interested in the former front man Henry Rollins.  I picked up some of his books and spoken word albums and really got into what I read.  I have had the pleasure of seeing him speak a few times and talked to him after.  We discussed our favorite Jimi Hendrix songs and workout tips.  It was one of the prouder moments of my life. He wrote something called I Know You which socked me right in the stomach the first time I heard it and made me realize this was a person I could listen to and have faith in their words.

John Candy is the first person I ever saw on the tv screen that I knew I could trust completely.  He was funny and kind and silly but also fought for the people he cared for and defended them fiercely.  For your approval: Melanoma Head.

My dad turned seventy-nine in March.  He’s a retired insurance broker.  He’s the kindest, most noble man I have ever known.  Growing up, everyone thought he was my grandfather.  When he was a teenager, he and his friends called masturbation, “tossing off”.  He was a young man in Memphis during the Civil Rights movement.  He remembers the radio the way most of us remember VCR’s.  He was acquaintances with a young Elvis Presley.  He saw Seven Samurai in Japan in the theater when it had just came out.  If I grow up to be half as wise and clever and compassionate as my dad then I will feel content with my life.

I’m not a big nature guy.  It’s gorgeous and breathtaking but it’s also hot and there are bugs and probably bears somewhere nearby.  But despite my proclivity to stay indoors and play video games and read comics, I’m a sucker for a nice creek.  There’s something so serene about the quiet churning of the water and the sunlight reflecting off slick rocks.  Maybe a fish swims by.  Perhaps a Dragonfly buzzes around the surface looking for a meal.  If Heaven exists and it’s an awesome place, there better be a section dedicated just to creeks.


I quit smoking in November. 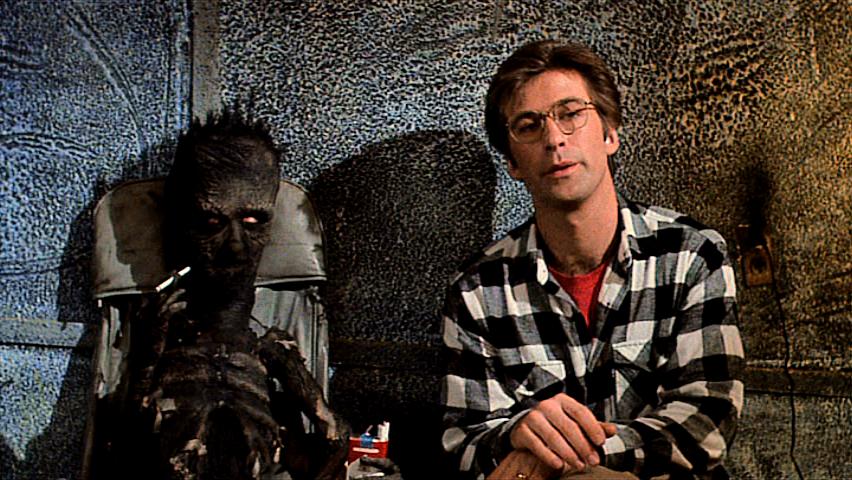 I have been an off and on smoker for right around ten years.  It’s a habit I picked up in college and would put down every once in a while but eventually come back to it due to any number or reasons.  Here’s the thing about smoking that I found out.  It’s fun and really pleasurable in your 20’s.  You can smoke and doesn’t seem to affect you.  Smoking in your 30’s, turns out is fucking awful.  Your chest hurts.  Your throat hurts.  You get sick more often.  Your clothes smell.   That glamour is gone.  Sure, I miss it.  There are few things more relaxing to me mentally and physically then smoking a cigarette on a cold night when the sky is clear and you can see the stars.  But I don’t want to keep feeling like crap.  My lack of exercise of steady level of stress is seeing to that just fine.  So I quit smoking and I miss it and I probably will for a very long time but I’m glad that I did.


In my teens I owned and proudly wore a Staind hoodie.