You know, me and MGS started out in with the wrong foot. I don't really remember when i first heard about this game, and people always said to me: "Dude, you are missing a genre defining experience". It can't be that good. Fast forward a little, and i found myself reading about MGS 4 in a local magazine. Such hype, such awesome gameplay, the next gen Metal Gear Solid, the epic conclusion of Solid Snake. I said: Meh, i'll give it a shot when i pick up a PS3. It did not gone well.

I started with MGS 4. Never, start with MGS 4. I couldn't play it, couldn't understand it, heck, i couldn't pass the first real mission. I quitted. Only to come back, a long year after this not so good first impression. Don't get me wrong, it's one hell of a game, i just sucked back them.

My second time, a little more mature and a better gamer overall, i said: Let's do this. I spent the whole weekend on this game, non stop. It was just everything i didn't knew i wanted. By the very end, i was on tears, and standing on my feet, saluting Snake while the credits roll. I wanted more. Luckly, a few years later, the HD Collection came out. And without second thoughts, i bought the games and again, another weekend passed, non stop. I finished MGS 3, on hard, somehow. Again, i was on tears by the end, and hunger for more. But for some reason, i decided to go back, and instead of playing Peace Walker, i've gone to Solid 2. It took a while, but i got the hang of the game, and played to the end. And in the ending, it hit me. I missed something. It was time to make good use of the internet, and look into the backstory of this game. And holy damn, what i found, was a tale of a man, struggling to find freedom. Freedom from it's own work, it's legacy. That man, is Hideo (Freaking) Kojima. Don't believe me? Of course you don't.

So let me (try) to prove you my point. This, is the background of Metal Gear.

The Beginning of a Legend

Every tale has to start somewhere, and this one starts in 1987. Mister Kojima always dreamed with being a movie director, and unable to do so, he used games instead. We all know this story. MG is only a stealth game because the NES couldn't handle lots of bullets on screen, so he focused on the other way around. Sneaking. Heck, Snake could be just an anagram for Sneak. But there's nothing really big on this beginning, at least for Kojima. He was just a man defining an entire genre. No big deal.

By the end, you'll beg for more

But it was not until the masterpiece that is Metal Gear Solid hit our consoles that we lost it. We lost sight of the message, we lost ourselves into this world, our minds, eyes and ears clouded by the awesomeness of the game. We didn't wanted it to end. We begged for more. And more we got. As soon as PS2 hit the shelves, BAM! Metal Gear Solid 2. And then, the single best troll move in the history of gaming (at least in my opinion).

Make no mistake, MGS 2  is exactly what fans wanted. Kojima said a lot of times that this game was meant to be the last Metal Gear, and he mean it. Look at the facts: During the entire marketing campaign, not a single word was said about Raiden. Heck, not even the cover of the game says a thing about the character you play during 90% of the game. There you are, sneaking into the ship, taking pictures of a giant new Metal Gear, then you escape and then... Snake dies. Surprise Motherf*cker! Our expectations, fooled. We've been decieved. 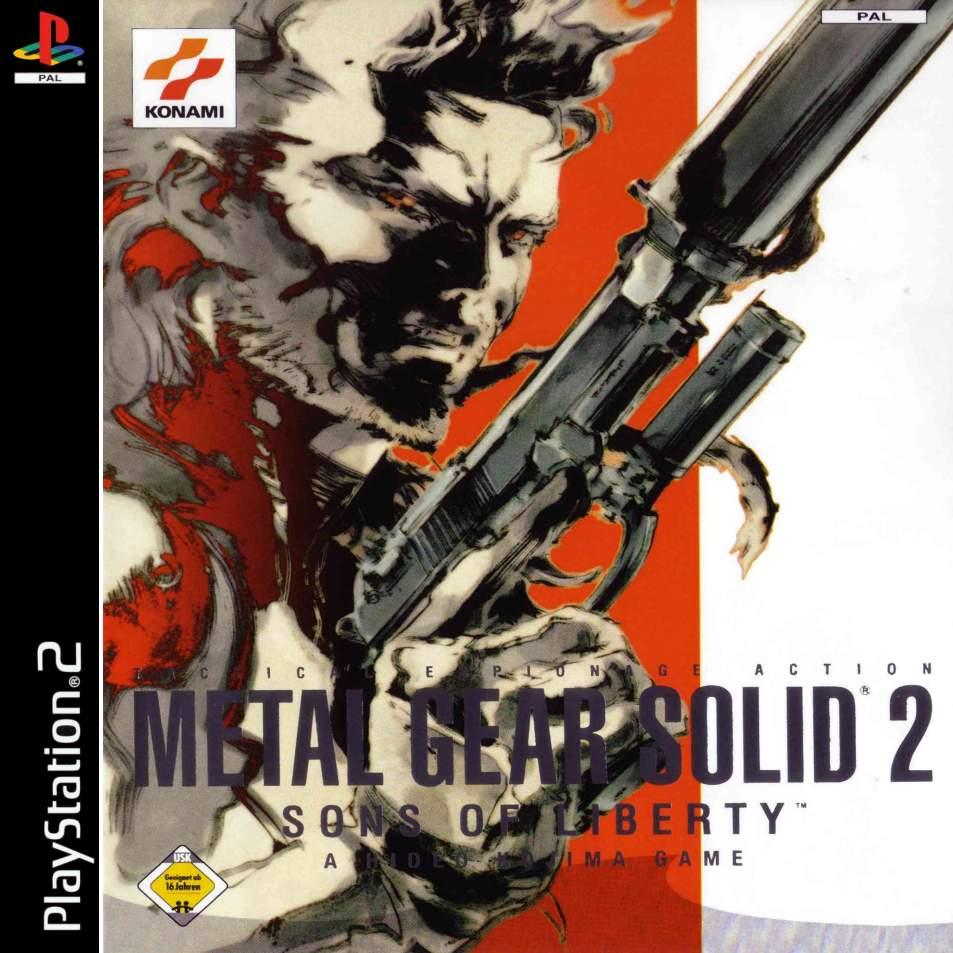 This was the first hint of the message. This sudden change of, well, everything. Now we're in Big Shell, controlling a blonde guy named Raiden. "The f*ck is going on?" You ask. Kojima answer it during the game.

I believe by now some of you are familiar with the VR Theory. If you're not, here goes. MGS 2 is not real, or at the very least, some of it isn't. That crazy sh*t is happening on a simulated environment. All the people you meet are likely personas. Raiden for example, is the persona of the MGS fanboy, living the fantasy of being a super agent, saving the world, meeting his hero. The beginning of the game is strangely familiar too. The elevator scene in particular. In that moment, so strongly marked on the minds of the fans, Kojima striked. The mask falls and then, Raiden. Or should i say, "you"? 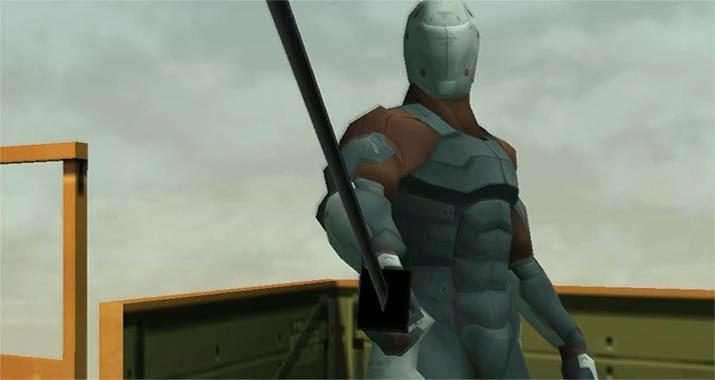 Originally, the identity of Mister X was another mystery left in the dark.

MGS 2 struggles to live away from the what was already done. It wants to be something unique, to have it's own Legacy, it's own identity. Sounds familiar? That Raiden's background for you. If you don't remember, Raiden was stripped of everything he has. Name, birthday, even his freaking blood. All for the sake of the mission. And, many, many times he wonders about his own freedom, in a plot full of holes, nonsense and just plain fake. Yet, we refused the truth. Even when the game breaks itself (in a lot of ways) during the last act, with the climax showing Raiden directly refusing the player's control, and Snake giving a speech about reality being what we make of it.

Kojima wanted to show us that fakeness, the dangers of VR, of the risks of letting machines control every aspect of our lives. All of that is hinted through the entire game, but you know the saying. "The worst blind, is the one who doesn't want to see". In the end, MGS 2 ends with a lot of questions, and nearly no answers, just the way Kojima wanted. Make us use our heads to see the message he was trying to pass. Instead, we used it to try to find some sense, put this un-logical mess into something cohesive, overlooking the giant, intentional plot holes. We failed to see what was right on our faces all the time: A game. A fantasy. A virtual reality, with lots of meta-narrative, post-modernism, and layers.

What we saw, some funny dialog, a effeminate protagonist, a vampire, Liquid's arm and its power of possesion, the main protagonist of the last game as a support character; all of that, made us angry, and that anger took the true message, the one unseen, away from us. That there's no absolute reality, even in the fictional reality of the game. 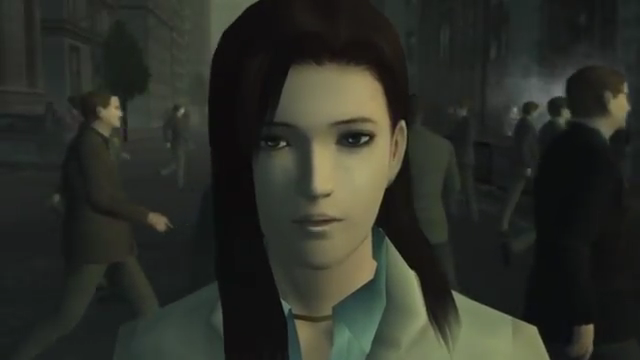 And we blamed Kojima. And still, we demanded more. And again, more we got. We got a big, giant "I'm sorry for thinking you guys could possibly understand my message. Here's some mindless fun for making up for the mess. I call it Metal Gear Solid 3: Snake Eater". Kojima wanted to quit. But we didn't let him. The mysteries Kojima left on purpose, we refused it. Fans around the entire world, did not wanted to come up with it's own conclusion, they wanted the conclusion that Kojima never intended to create. We wanted Kojima to answer the question he left us: "What is reality?" And so, the fourth game was born, but not before the apology letter.

Let's take a break for a moment. We now know that MGS 2 was not the last, but it was meant to be the last. This means that MGS 4 can't possibly be canon, heck, it shouldn't even exist in the first place. It exists only to please the fans. But we're not there yet. So please, join me next time, while we look at the apology letter that is MGS 3.

If you wanna know more, here's some links i used for this particular blog:

A Critical Look at MGS 2