Devil Engine Is The Greatest Shmup You Shouldn't Buy (Yet) 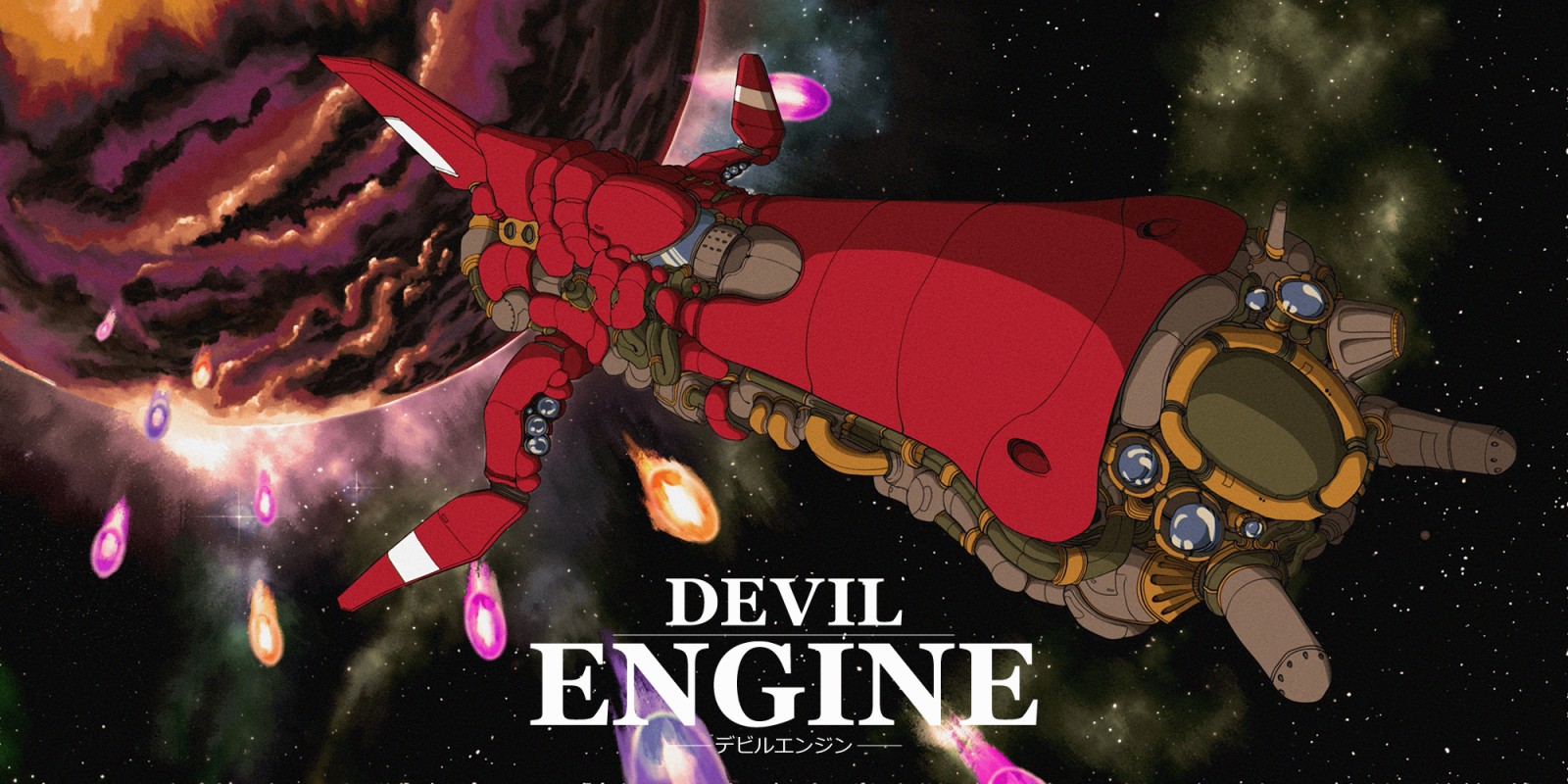 Over the years, I’ve dropped very subtle hints that I might love the shmup genre. Although they’re way past their prime, the genre has been enjoying a certain renaissance for the last decade or so, something undoubtedly helped by this age of remasters and remakes we live in. In that process, throwback shooters are an inevitability, and there’s something strangely poetic in the mere existence of those types of shmups. It’s like the videogame industry has gone full circle right back to where it all began, but now we have the technology, and we can rebuild it, make it better. And it’s exactly that sort of game that Devil Engine is.

Released in February 2019, Devil Engine is a game that looks at the shooting game conventions of the 16 and 32-bits titles from the ‘90s and makes a Frankenstein monster outta them, but I don’t mean that as a negative. It’s a game that seeks to evoke the no bullshit, straight to the point action of classics like Darius, R-Type, and especially Thunder Force, but going beyond the limitations of the time. It’s a love letter to that lost period of gaming, and although that desire to pay tribute to its inspirations permeates every aspect of it—from gameplay to presentation—Devil Engine is still very much its own thing. Gameplay is simple and straightforward: it’s a classic side-scroller, with power-ups to collect and bombs to use. You can change the speed for precise movement and your defensive burst absorbs bullets around you, at the cost of your point multiplier. The bigger the multiplier, the bigger the radius, and the more bullets you absorb, the more of the multiplier you get to keep. It’s familiar territory, but the combination of it all makes Devil Engine more than the sum of its parts. 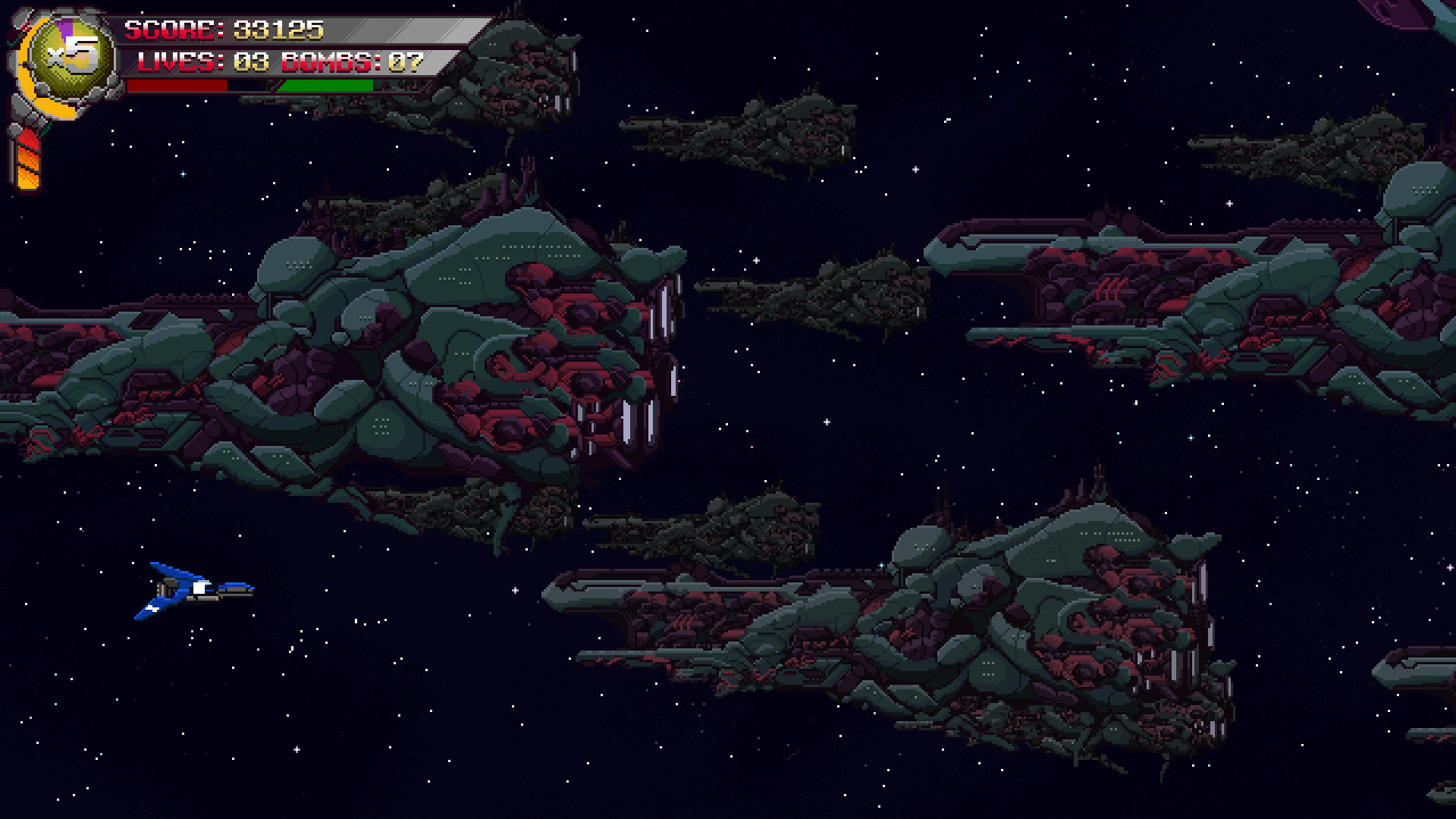 And you will need every single tool in your arsenal. Make no mistake, Devil Engine is here to kick your ass. There’s something beautiful about the way it gives no fucks about your feelings, going so far as to mock you when you select easy mode. This game is going to throw you into the grinder from the start, and at the end of the day, one of you will pull a Romero and make the other its bitch. And I can guarantee you’ll be the bitch, at least at first. It’s not that the game is full of bullshit moments— because it is—is just that much like the shooters of the past, knowledge is king, and learning how to circumvent that bullshit is part of the path to mastering it. Learning enemy patterns, stage layouts, and boss’ moves are essential to survive in this game. And because the process isn’t sugarcoated to you, the moment you truly conquer a stage by completing it without losing a single life feels rewarding as fuck. Devil Engine is an immovable object, and it’s gonna turn you into an unstoppable force or break you trying.

This difficulty isn’t here just to be true to its inspirations. Devil Engine tallies your score at the end of each run into a Lifetime Score that unlocks a plethora of features: the (not so) easy mode, screen filters, extra challenges, different bullet colors, extra continues and even the game’s secondary ship are all tied into your score. Score is important during gameplay too, as it rewards you with extra lives and bomb attacks. You’re encouraged to always give it 100% and to shoot for the top! It helps that this game is absolutely gorgeous! It’s entirely 2D, but the art style seeks to evolve the early 3D titles: phenomenal explosions, beefy alien ships, gigantic bosses, lasers everywhere, backgrounds that would make for excellent wallpapers, and an endless amount of visual shout-outs to other games. Everywhere you look, Devil Engine has a treat for your eyes.

Then there’s the music and fuck me, this music! The score composed by Joseph Bayley wouldn’t be out of place in a Saturn game from the ‘90s, which is probably the highest compliment I can give. Like in the heyday of the genre, the music here is heavy on the synths but varied on the styles if offers: smooth jazz for Neon City clearly inspired by Akira, hard rock for the explosive first stage, epic orchestras for the most intimidating of bosses, it’s just the best. It clearly draws a lot from Hyakutaro Tsukumo's music, which is only fitting since he is a guest composer for this game! If you don’t know him, he’s the absolute legend responsible for Thunder Force V’s music. His songs embody what I believe defines the shmup genre: it's loud and heroic but with a melancholic undertone of despair. It’s a style that perfectly mirrors the journey that is playing a shooting game beginning to end.

This is clearly a labor of love. But if the music is amazing, the gameplay is tight, and the visuals are eye candy, why in Vic Viper’s name am I telling you not to buy this? The answer is simple: fucking Dangen Entertainment.

On December 12, 2019, Protoculture announced that they no longer have access to Devil Engine. The publisher has effectively hijacked the game, so if you buy it now they won’t see a single penny. This situation has not been resolved, and if I’m being brutally honest, it likely never will be, and this just destroys me. The PS4 port and expansion named Ignition have been completed months ago, but they can’t release it under these circumstances, and dear God, does that look awesome! New ships, remixed stages, and arrangements from some of the greatest doujin circles in the shmup market! Enough content to make a new game but these guys instead make it a DLC that I’m probably never going to get to play. This isn’t the first time Dangen did this, and if you want to read more, here’s a pretty good index of all the bullshit. Do not feel bad about procuring a pirate copy if you wanna give this a shot, because the developers themselves said that this is preferable to giving Dangen any more money. 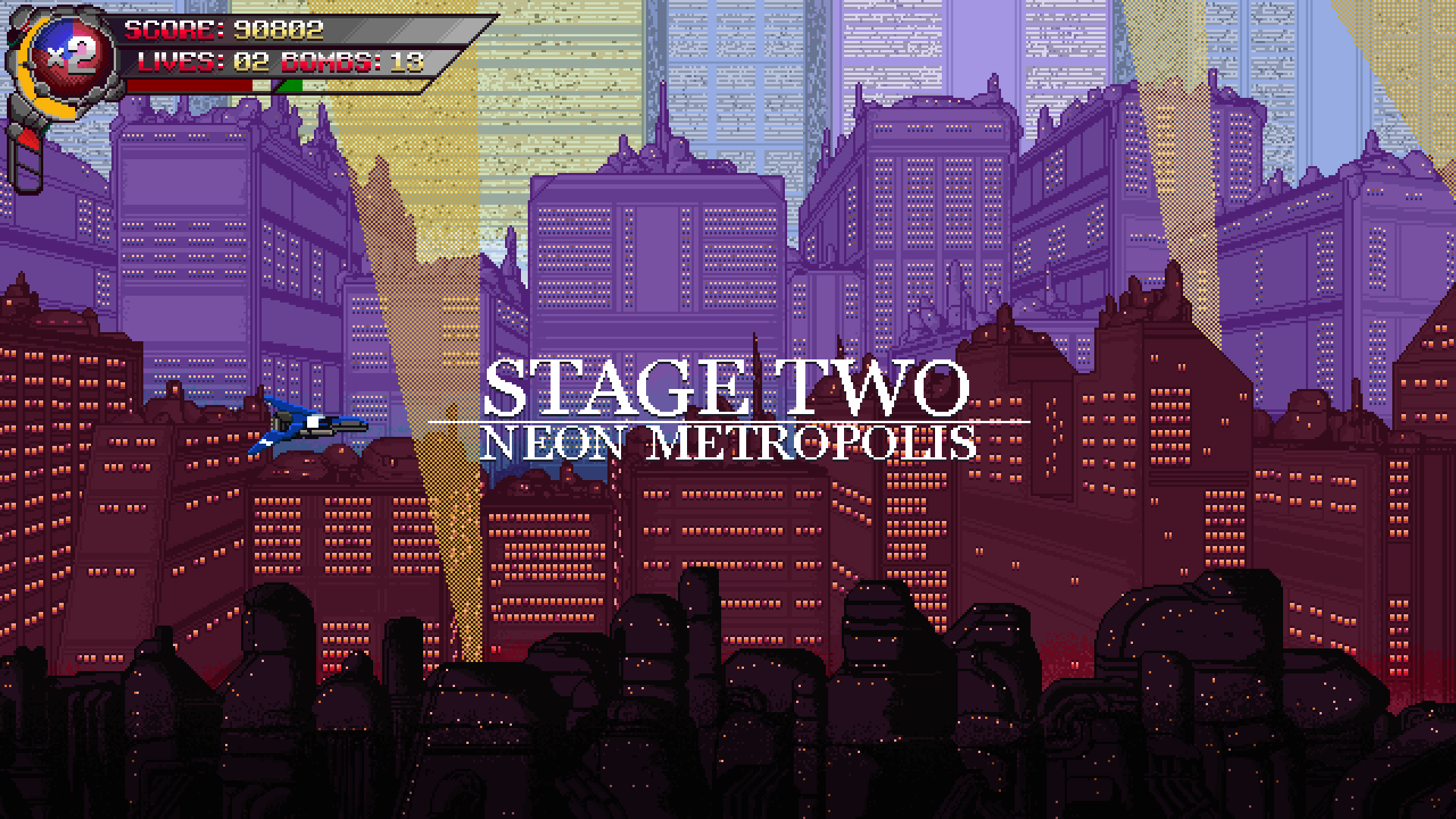 This situation is partially why I wanted to write this. I know I’m just a guy that blogs as a hobby and my voice is effectively a drop in the ocean that is the internet, but deep down I have the hope (or perhaps it’s better to say, the delusion) that this one tiny voice of mine will be the one that will rally a thousand more, and together we’ll make a choir loud enough that we can’t be ignored. I know it’s not gonna happen, this isn’t how the world works, but much like the heroes in these games I love so much, just because you know it’s hopeless doesn’t mean you should just give up. Because if there’s one thing I learned, is that it’s only over when you win or give up.

Right now, I’m not ready to call it quits, and I can only hope Protoculture isn't either.