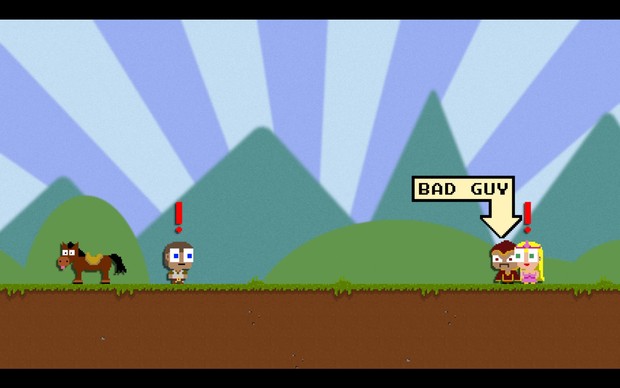 My intent here is not to make the AAA industry out to be bad guys, or say that indie devs are just soooooo much better, or that AAA development is doooooomed or the like. I love playing AAA games. I love their bigness – their lavishness. And, again, without it games like BioShock might not be around. But perhaps that’s part of the issue; their bigness. Capitalism often pushes the “go big or go home” ideology, making the grandest experience you can. But all that bigness does come at a high price, and for AAA development that price isn’t nearly justifying itself. I adore the beauty of a fine crafted AAA game environment, but I realize that there are people needing to put food on the table. I don’t want AAA developers to sacrifice themselves on the spiked-bed of graphics perfection. If we want everyone to win, there’s going to have to be some acceptance of the financial limitations from the AAA publisher and the AAA consumer.

If AAA development is going to regain the success of its past, it is going to require a serious consideration of their philosophy. Indie philosophy, on the other hand, appears to have a pretty good beat on itself at the moment, with the exception of some of its more polarizing figures. Furthermore, its growing success and popularity should erase any of the mounting anxiety current AAA philosophy evokes. People like to talk of an industry collapse, but if that was to happen, it would likely only be on the AAA side of the industry. Indie development and games would still be around, and the leaders of the indie world would then eventually become the next generation of AAA developers, hopefully bringing their own philosophy to the bigness of AAA games. Rather than come to that, however, I would prefer to see AAA publishers rethink their philosophy, hopefully in a way so that all of us can win. Maybe that’s optimistic to hope for, but it’s not beyond impossible.

What are your thoughts, Dtoid community? Do you see the AAA and indie philosophies growing further apart, or do you see them as more similar than would appear?
Login to vote this up!