Reborn for a new generation: Games that need a next-gen reboot 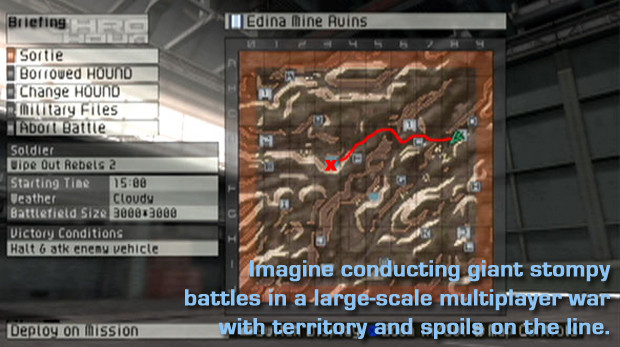 To go along with the online combat, it would be cool to see a steady stream of added content. The occasional new weapon or map introduced to the community to keep things interesting and shift around the meta-game.

This has less to do with my imaginary Chromehounds reboot and more with changes I would like to see in Sony, and particularly Microsoft's policies. With all the network hype being touted, I'm hoping devs will be able to pipe in minor modifications and changes without the need for a full title update. That not every update will cost the company money and have to be bundled into some piece of paid DLC. That we won't see the same kind of boondoggle that prevented the console versions of TF2 ever enjoying any of the updates the PC enjoy (although that also had to do with memory constraints I understand.)

It's tough because I can understand why those policies exist. The platform holders don't want devs releasing half-finished products and then issuing patch after patch to fix them. At the same time, we saw case after case of strict updating policies screwing over games and gamers. I don't want to get too bogged down dithering about what to do about it, but I'm hoping the next-gen consoles will provide a more elegant solution that allows devs to introduce the occasional update or new piece of mech-bling to a game without making it a massive (expensive) event.


The next-generation is ripe with potential. I'm not saying we need to reinvent the wheel or dump all our favourite IPs in the trash, but it would be nice to see some developers take chances. I hope in the coming months as the reveals and hype really take off, that we see some new IPs, or at least some new tricks for some old and forgotten dogs.
Login to vote this up!