Capturing the Moment Part 2: To Hauppauge or Not to Hauppauge

So before beginning I would like to apologize for not continuing this series in a timely manner. It has almost been 1 year since my first ever blog on video capture devices, and I hope to get more out as time progresses, but with that out of the way it is time we go onto the next journey into the realm of video capture devices. Today we will be talking about two devices in particular; one shall be brief considering the number of hours I spent with it could be measured with one hand, and the other being a device that I would use for quite a few projects. Today we’ll be talking about the Hauppauge line of cards and how they seem to have fallen off the radar for many in the video capture community.

Besides the Dazzle line of cards in the early days of Let’s Playing there was another brand of cards that could get you the best video quality that blew Dazzle DVC cards out of the water: the more expensive and sought after Hauppauge 1212. Unlike Dazzle which could only record in 480i, the HD PVR 1212 and later the HD PVR 1445 were one of the first HD capture cards available on the market at a consumer level. Capable of recording up to a stunning 1080i at 30 frames per second or 720p at 60 frames per second the HD PVR 1212 and 1445 were the best way of gathering footage for consoles in the late 2000s. Similar to the Dazzle line of cards the HD PVR 1212 and 1445 connected to the console and television with component (back), composite (front), or S-Video (front) cables and would send the signal through a USB 2.0 cable to the user’s computer. There was also the ability to use composite video input to capture older systems easier as well, although 240p was not natively supported on the 1212 or 1445. Differing itself from the Dazzle DVC 100 was also the requirements to get the device to work in general, as the HD PVR 1212 and 1445 required an external power supply to run the devices rather than being powered via USB like how most capture cards are done today. 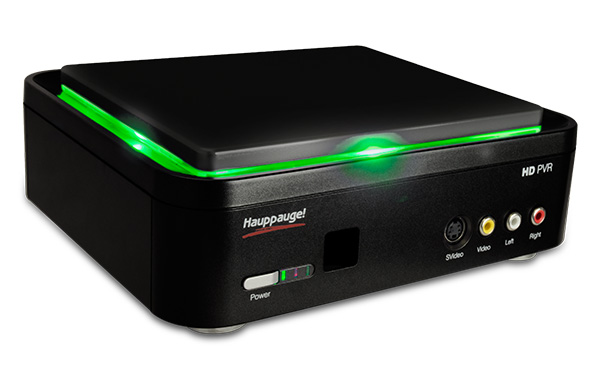 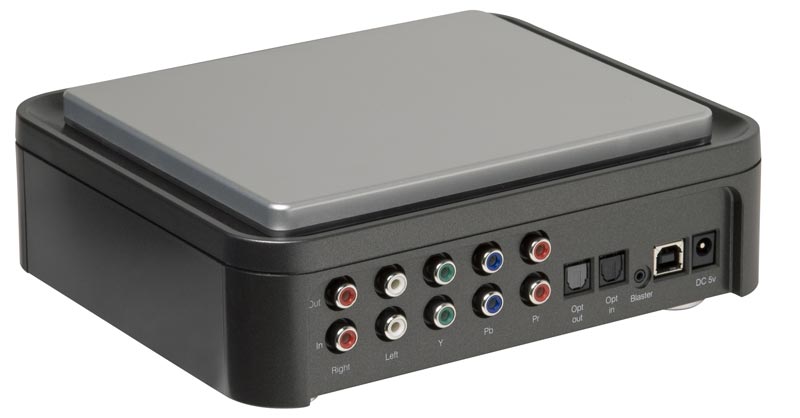 Now I mentioned earlier that my time with the HD PVR 1212 was highly brief, and that is indeed the case. I grabbed the last capture card at a far off Fry’s Electronics in mid-2012 to finally get some sort of HD quality recordings for my future Let’s Plays. At the time I was doing The Nightmare Before Christmas: Oogie’s Revenge and was near the end of the game, and this card was going to make the finale special. I recorded exactly one episode with the HD PVR 1212 before having to return it. My family at the time was in dire straits and we were barely staying afloat with our house payments. As such when my father received word that my great aunt passed away and we couldn’t afford a ticket for my dad to go to the funeral I decided to return the HD PVR 1212 to Fry’s and give my dad the $120 it had cost me so he could fly back to Wisconsin for the funeral.

After returning the HD PVR 1212 I would find out that the reason for it and the HD PVR 1445’s scarcity were due to the fact that Hauppauge was set to release a new version of the HD PVR, titled the HD PVR 2, in late 2012 and Hauppauge was not restocking or even producing the older models anymore. By the time the HD PVR 2 had released I managed to grab myself one from a closer Fry’s Electronics and was to start using it for Let’s Plays going forward. Similar to the HD PVR 1212 and 1445 only in that the HD PVR 2 requires an external power source the HD PVR 2 Gaming Edition was drastically different from its predecessors. From a smaller design to the fact that the HD PVR could now support both 1080p at 30 frames per second over HDMI, a feat at which only the ridiculously expensive Elgato Game Capture HD had at the time could do. HDMI support was built directly into the Hauppauge HD PVR 2, while Component and later Composite support would come in the form of a small adapter that connected into a port next to the HDMI inputs. This allowed for the HD PVR 2 to connect to older consoles as well. However, only component looked decent as composite and S-Video quality was severely reduced on the HD PVR 2 when compared to the 1212 and the 1445. Bundled with all Hauppauge cards was the program ArcSoft ShowBiz which acted not only as a video converter, as Hauppauge cards recorded in the file formats .TS, .M2TS, rather than base .MP4 or .AVI. ArcSoft ShowBiz also acted as the main way to capture footage using a Hauppauge card similar to how Pinnacle Studios had its capture mode; however later on a program simply called Hauppauge Capture would be released by Hauppauge so that those who bought used HD PVRs could still record without needing a licensed program. Hauppauge Capture allowed the devices to capture in .MP4 but issues could arise with the device not being recognized by Hauppauge capture if ArcSoft ShowBiz were running a process in the background. 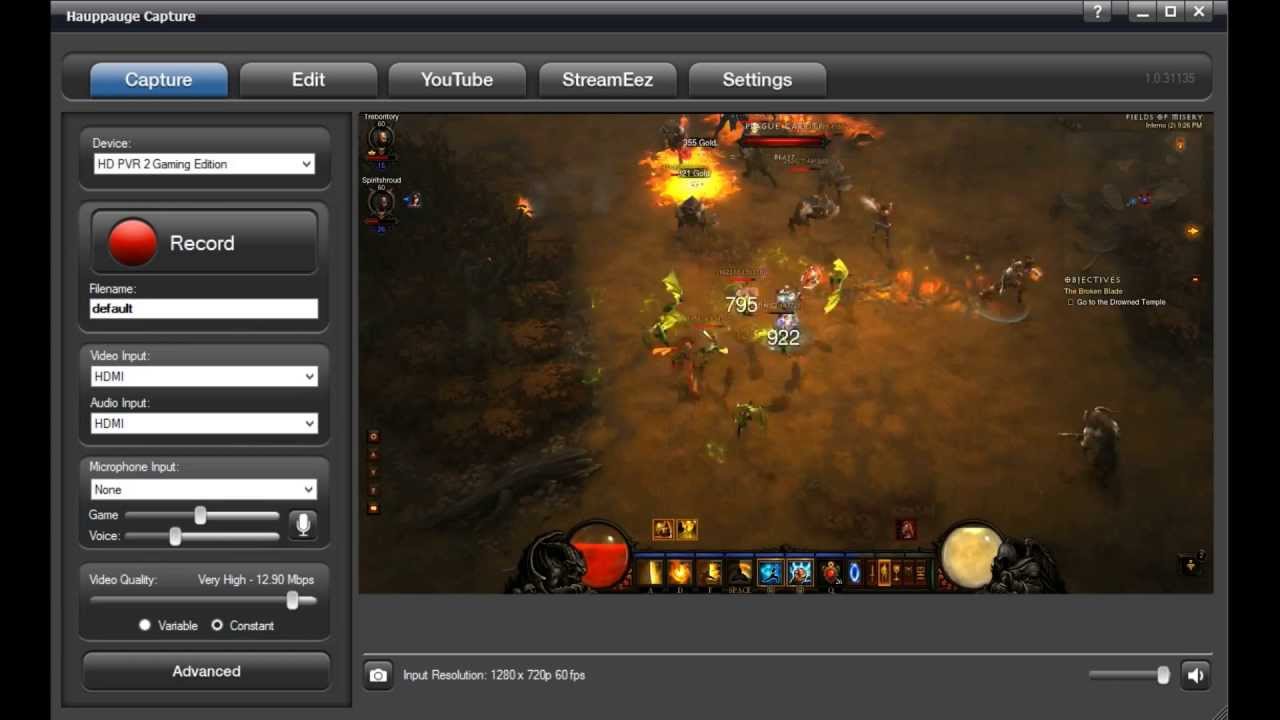 The HD PVR 2 Gaming Edition would be my go-to card for video capture up until close to early 2014 when I was doing two projects in particular: Crash Bandicoot 4: The Wrath of Cortex and Kingdom Hearts Re: Chain of Memories. Both games utilized the HD PVR 2’s component adapter, but over time the Component Adapter became looser and looser with its connections not remaining stable and secured into the device. Frequent disconnections plagued my recordings and even buying a new adapter didn’t help as the shelling was what was being worn away by the HD PVR 2. Similar issues also cropped with another fault the HD PVR 2 had: if the recording bit rate was set too high the HD PVR 2 would often crash or corrupt the game recordings. This meant that you could not get the highest quality video recording with the device without some trial and error. In an age now where video capture devices can go up to a whopping 60 Mbps recording hearing how a device would crash at just 10 Mbps is rather disappointing. 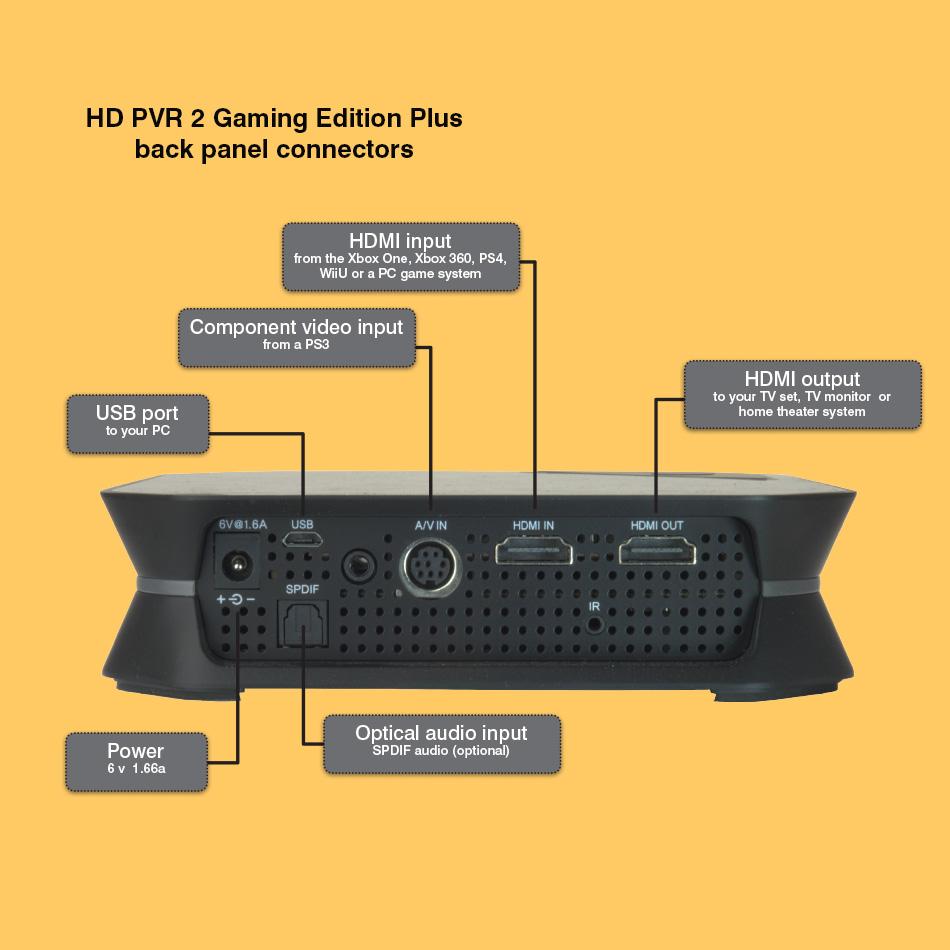 Given the issues I was having with my component/composite adapter port on my HD PVR 2 I started to turn to HDMI converters to begin using strictly HDMI when recording. This led to the final straw that caused me to drop the Hauppauge brand entirely: HDMI converters and the HD PVR 2 don’t always play nice with each other. Now converting an analog signal to digital is always tricky stuff, especially if one goes for cheap converters. But even with expensive HDMI converters the Hauppauge HD PVR 2 would throw a fit if one were connected to the device in some way. Wii 2 HDMI, Component to HDMI, Composite to HDMI, even sometimes the HDMI only signal began cutting out on my HD PVR 2. Customer service from Hauppauge was also anywhere from non-existent to a complete joke, making Microsoft Tech Support during the Red Ring of Death times seem more competent. Eventually I decided that it was time to move on from the HD PVR two and in the middle of the Kingdom Hearts Re: Chain of Memories and Crash Bandicoot 4: The Wrath of Cortex playthroughs I began recording using the Elgato Game Capture HD, the topic of the next capture card blog.

Overall would I recommend a Hauppauge HD PVR 2 in this day and age: I honestly say no unless you get one of the later model revisions, but even then there are plenty of better cards out on the market now. Since the HD PVR 2 the only two other major Hauppauge products have been the HD PVR Rocket, a smaller HD PVR 2 without an external power supply but still plagued with the issues that the HD PVR 2 had, and the recently released HD PVR Pro 60 which can support 4K passthrough but can only record 1080p at 60 frames per second. The price point of these devices is also something to contest, as 4K passthrough capture cards generally are $50 less than what Hauppauge is charging with the HD PVR Pro 60. Other than those two products the HD PVR 2 went through multiple different revisions to enable support for 1080p 60 frames per second capture, less latency for stream optimization, and better audio encoding. The two biggest detriments to the Hauppauge line of cards have definitely been their size and price point when compared to other cards on the market. While the cards have shrunk with the HD PVR Rocket and HD PVR 60 Pro, the price points are still an issue for the most part. 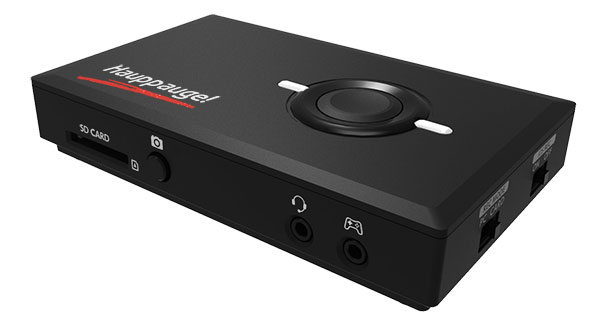 While personally I have moved on from Hauppauge I will say that I am not opposed to returning to them if the capture cards I use know end up not cutting it in the future. A major driving for me with capture cards is the ability to capture older consoles easily without having to run through 5 different converters. As capture card manufacturers move towards 4K 60 FPS capture, it is still nice to see some support 480i and lower when possible, and that point will be a huge talking point when I tackle the Elgato line of capture cards next time. So, thank you all for reading, and I hope to see you all for my next Capturing the Moment blog.