Capturing the Moment Part 1: The Story of the Dazzle DVC 100

I figured I should start blogging at some point and one idea I floated around Quick Posts was a blogging series on video capture devices. My reasoning behind this was that I have been doing video game content on YouTube for almost six years now and if there is one topic that I feel that I am knowledgeable in it would be on video capture devices. I should mention that this isn’t an end-all be-all blog on every capture card on the market that has ever existed. There are many different cards on the modern market now than there were back in 2012 so if I miss the card that you or someone you know personally uses I apologize. These blogs are more about the capture cards that I used how I came to learn about them, why I used them and the technical specifications on the card itself as well as the software that was bundled with them. So without further ado let us start with the first ever card I used: a Dazzle DVC 100 capture card. The Dazzle DVC 100 in all of it's boxed up glory

The first ever capture card I used was a Dazzle DVC 100 capture card by Pinnacle. Pinnacle was a name I was familiar with thanks to a few YouTubers I used to watch back in the early days of Let’s Plays. The one I watched the most who used the Dazzle DVC 100 was former Let’s Player ScottishDuck17 who did many different playthroughs using the Dazzle. Having just graduated High School and eager to start doing Let’s Plays I remembered that ScottishDuck17 had used a Dazzle and managed to track down a Dazzle DVC 100 HD at a local Fry’s Electronics. Buying it with the graduation money I had received alongside my first laptop that would serve as my editing computer I eagerly went home to try and start making Let’s Plays. Needless to say that as an oblivious teenager I didn’t quite understand that the quality of the videos wasn’t going to be that good as in my head the “HD” on the Dazzle’s box convinced me that the quality would be at least 480p. Oh how wrong I was.

Going into the technical specifications of the Dazzle there’s not too much to look at. The Dazzle DVC 100 and the Dazzle DVC 100 HD were limited in input options and required splitters in order for the device to even function. Starting with inputs there are only two options for video: S-Video input or composite input. This limits the Dazzle DVC 100 to only being capable of outputting at glorious 480i for the signal but in terms of full technical aspects the card can capture anywhere between 160x120 up to 720x526. PC specifications to run the Dazzle DVC 100 also were not too intensive requiring at minimum a computer running Windows Vista with an Intel Core Duo of at least 1,8 GHz or an older AMD Anthlon 64 X2 3800 at 2.0 GHz or better. RAM requirements for the card were also the standard minimum of 2 GB of RAM. The capture card required no power supply and was powered by a USB 2.0 cable that was connected to the card and could not be removed. The Dazzle DVC 100 supported stereo sound at most and output its video files in .AVI format. In terms of framerate capture with the Dazzle DVC 100 it is  limited to only 25 FPS (for PAL regions) or at 29.97 FPS (for NTSC regions). 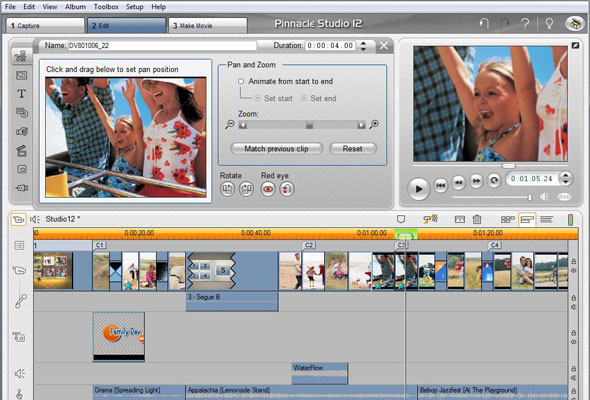 In terms of capture software the Dazzle DVC 100 uses software created by Pinnacle to capture the video and save the file to your computer. The built in software included with the Dazzle DVC 100 is one of the only programs that are capable of recording both the audio and video correctly without too many issues. The two other programs that can work with a Dazzle if one did not have Pinnacle Studio were AmarecTV, a Japanese DVC program used to record older consoles, or by hacking VirtualDub to make the video and audio show up in the program. The version of the program released when I bought the card was Pinnacle Studios 12 which had the most basic options. The colored bar on the side indicates how loud the project was and was only controlled via the TV controls itself so if the game was obnoxiously loud you’d have to turn it down on the TV to adjust it for the capture. This made games such as Sonic Adventure most annoying as that game, along with many other Sonic the Hedgehog games, are very loud even at the lowest volume settings. A nasty thing about the Dazzle DVC 100 as well was that if frames were being dropped, as in not encoding the frames to the final video file, the video feed in the capture window would let one know that it was happening by sputtering in and out.

When it comes to my history with the Dazzle DVC 100 I used it for a total of 9 projects on my channels for both YouTube and Game Anyone. Those projects included: Spyro the Dragon (PSN digital copy) , The Nightmare Before Christmas: Oogies’ Revenge (PS2), Ape Escape 1 (PS1), Mega Man Legends (PS1), Sonic Adventure DX (GCN), Kingdom Hearts Final Mix (PS2 import), Crash Bandicoot (PSN digital copy), MediEvil (PSN digital copy), and half of my original Crash Bandicoot 2: Cortex Strikes Back (PS1) Let’s Plays. Out of all those projects the projects the Dazzle DVC 100 made the most difficult were Mega Man Legends and Sonic Adventure DX. Sonic Adventure was made difficult due to the fact that the volume was so loud and there were frame dropping issues while Mega Man Legends was almost outright cancelled due to consistent and frequent frame dropping by the Dazzle.

This was the first video uploaded to my channel and the first successful attempt at using the Dazzle DVC 100 capture card.

Soon after I purchased the Dazzle DVC 100 Pinnacle was purchased by the company Corel and the capture cards along with the software would still continue to be released. Ironically enough Corel was also the company who own and produce the Roxio Gaming capture cards which are also still on the market. It seems odd that Dazzle wasn’t taken behind the woodshed and put out of its misery, but now even the modern generation can see how awful Pinnacle Studios and the Dazzle line of cards are. As for my Dazzle I no longer own the card. I gave the card to YouTuber SashaSilverMoon to help her replace her broken one back in 2013 but by then I had already moved onto my next capture card which was the Hauppauge HD-PVR 2. Thank you all for reading and I hope to see you all for the next blog where I talk about my experiences with Hauppauge.