I'm Okay With No More Half-Life

4:04 PM on 09.12.2012 (server time)    0
A note: I'm terribly sorry. Truly I am. I'm juggling a lot in the air right now and I've decided to cut off regular gamey type stuff like this. All of this will be irregular postings on whatever I want. For now I'm moving over to film journalism, but will still finish my book series on video-games at some point.

This was written in an hour and it gets waxy and a little bit preachy. I apologize if it isn't up to the usual standards. 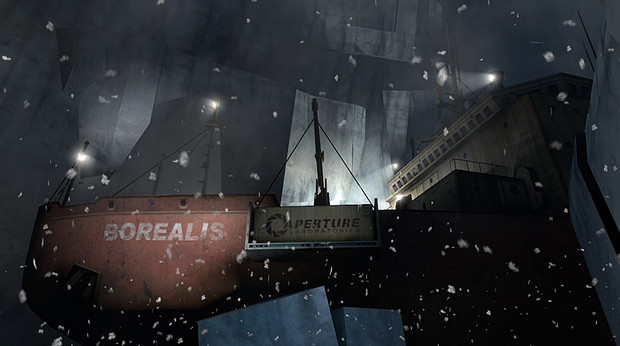 Black Mesa comes out in less than two days and we�re a month away from it being over five years since Gordon Freeman�s last formal outing. There�s a definite sting in the air as the anticipation of the continuation of the�Half-Life saga begins to boil to a whimper. This is what I�m feeling. For a good while even at the slightest hint of their being�Episode Three or�Half-Life 3 there was a burst of emotion of almost child-like glee. For a good while there was genuine hope and a desire for�Half-Life to continue.�Half-Life is a part of our collective consciousness, especially when it comes to discussing Valve titles, and now it�s coming to over half a decade since the last title and I have decided that I would be okay to never see Gordon Freeman again.

Although we don�t see him anyway because he�s a mere avatar for the player to control and a further element of game developer commentary on the nature of the protagonist and linear video-game design. Or something.

I still delight in every new spring of Valve goodness. I�m currently looking forward to lapping up�Counter-Strike: GO at some point this year, and I hope to finally head into�Dota 2 at some point. I�ve relished the�Team Fortress 2 updates and was stunned by the commentary, humour and bombastic artistic masterstroke that was�Portal 2. I have a feeling that Valve feel themselves no longer defined by the �crowbar� but by their wider franchises and genres that they dip their toes into. They have their fingers in many pies, delicious pies, and from�Left 4 Dead to�Portal there are heavy references and in-jokes about�Half-Life and the mythical �Valve time�. I feel Valve are trying to build out an incredible, expanded universe of�Half-Life to the point where everything around Freeman and company dissolves and we�re left with this giant pool of original and wide-stretching content.�


The original�Half-Life 2 took me over seven years to complete, so I�m no stranger to being patient with the franchise, and quite frankly I think it�s time to let go. It�s an elephant in the room with every Gabe Newell interview and every discussion involving Valve. There�s a definite crisis within gamerkind when we can�t shake the cloud of a franchise in the same sense that Hollywood or comic books or other mediums seem to do so effectively. Franchises and series and issues and heroes all wither and die eventually. I don�t think gamerkind it too overtly attached, emotionally entangled or even too immature to let go � it�s just we�ve never done this before � and we�ve never had a medium like this.�Half-Life was birthed from the mixing pot of golden age shooters; the first title representing a dramatic almost monolithic shift into a new technological and engineered era of video-game design. To let go of such an important influence on the modern world, within popular culture and beyond, seems practically impossible.�Half-Life fathered the modern shooter.

Mario, Zelda and so many more have outlasted the Freeman.�BioShock and�Fallout and too many series to mention will carry on to burn the gaming candle wick into the future. Series, heroes, icons and franchises are born every generation. Not as much as we�d like to think, I do believe the industry has a stifling and �choked� attitude when it comes to original IP, but this might be due to the existence of the�Half-Life colossus. The status quo of the video-game industry: retrofever. There�s always a sense of glee when something �retro� or �familiar� touches us in a video-game whether it�s a mechanic or a reference or an entire reborn franchise, there�s a tickle of our nostalgia. It�s becoming self-indulgent and I absolutely�love that. Video-games are beginning to find their identity in this soulless corporate apocalypse that we call modern civilisation. It�s time to complete the final step.

It let go of�Half-Life would mean that something else would take its place, or several new things. A capitalistic fever could sweep the industry as soon as Valve announces its crowbar cruiser as now dead and buried. A healthy spur of competition and for the spoils and riches to be devoured by the true victor: us. When such a massive void is left in the industry, something has to fill that power vacuum. There are so many smaller series and franchises and old age dogs like IO Interactive and Obsidian who could create something exciting and interesting to fill the space. It makes further sense to let go, because then we can become used to it. Then we can let�Call of Duty die out, deny the�Duke Nukem revival�and finally allow the �Assassin�s Creed Trilogy� (not really a trilogy) to remain just that. A trilogy. Christopher Nolan showed almost great excitement to the fact that�The Dark Knight Rises would finish the story, that there�d be an opportunity to finally complete something. Can you think of many video-game franchises that had a completely satisfying and perhaps emotionally tied conclusion?�Halo 3 went ahead and �finished the fight� and became�Halo 4, Modern Warfare 3 ended the story that begin in the first but there�s already rumblings of�Modern Warfare 4 and�Gears Of War seems to still be ballooning itself up with add-ons and spin-offs and lovely diversions. Would it be nice if we just� let go, and what better way to show it than through�Half-Life? I understand that sometimes a franchise can come back with full spirit (Fallout New Vegas and�Deus Ex Human Revolution for example) but some things are left undisturbed. There�s not a common culture in video-game design of �finishing� something. Ask yourself, honestly, how many video-games have you played in the last few years that actually had �good endings�? There�s a need to make cliffhangers and ambiguity the status quo, because the sequel and franchise leasing is what leads to the survival of developers and not a refinement of original ideas.

Half-Life 2 Episode Two ended in the most powerful way that I�ve ever seen a video-game do. It killed one of its main characters but eased up the stakes. Gordon and Alyx were heading towards the Borealis in the final push for humanity�s hope. For years we�ve imagined their journey, imagined the first blinks as we take our first steps out into the�Arctic�wastes and spy combine machinery. For years we�ve thought of the return of Barneyand Adrian Shepard and Judith and finding out what the G-man�s all about, what�s on the Borealis and answering everything and everything�ourselves.�Episode Two ended in the right kind of ambiguity, the kind that makes you�believe.�I am okay with never seeing�Half-Life again because, this took me some time to realize, Valve created an ending engineered to make�you want to stop the Combine. To make�you�want to continue. To make�you realize that it was now all in on the Borealis.

I don�t think Valve can deliver on that. Not within an episode. I expect to find�Half-Life return in a few years of time but, quite frankly this would sound blasphemous to my younger self, I�m become desensitized to the colossal hype surrounding it. I�d be happy to see it end, for Valve to finally let go of the crowbar and build new series, but I�m happy now. For it to end like this seems almost�right for the franchise, because Valve already moved on a long time ago.

They grow up so fast.
#ShareonCommunityBlogs
Login to vote this up!