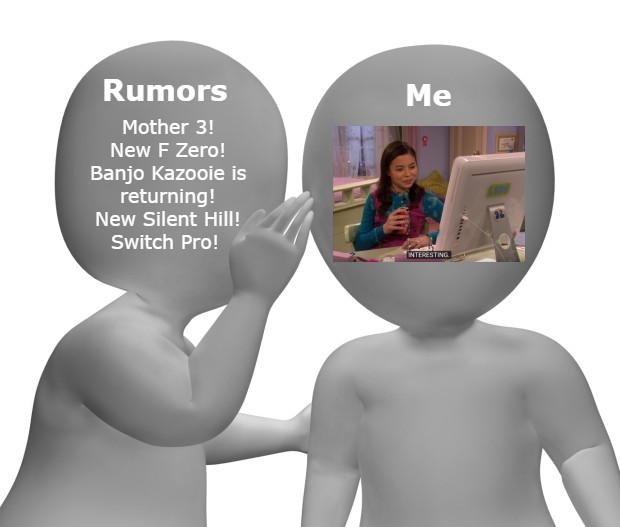 E3 is right around the corner, which means the inevitable avalanche of leaks, rumors, whispers, predictions, hopes, and dreams is coming out of the woodwork as well. For some this serves as little more than a yearly annoyance where fanboys and fangirls from all corners of the internet come together to celebrate these larger-than-life rumors and most likely express their disappointment when these treasured rumors don't come true.

For others like myself, I live for these rumors and the rabid amount of discussion that comes with them. For me, these rumors are as much a part of E3 as the conferences themselves. Without rumors, there is no E3, there is no fun.

Since the days of EGM and the rumors of Sonic and Tails in Super Smash Brothers Melee, it has always been fun to speculate about the what-ifs. Games are entertainment where we invest our time and emotion in a way completely different from any other form of entertainment.

With games our interactions allow us to become more involved in these worlds and with these characters in an act of intimacy that even the most well-written novel or well-crafted film can't compare with. We spend hours if not weeks or even months learning every aspect of the gameplay and every detail of the worlds, characters, and conflicts that inhabit them. To be completely invested in the future of our favorite franchises is something that is not far removed for anyone who has ever fallen in love with a game.

Thinking about the possibilities of where our favorite games can go, what can become of the biggest publishers and the most creative developers developing a game for their adoring and loving fans is what forum posts were born from.

This positive energy is the bright and sunny side of gaming we don't always see when it gets drowned out by the toxic aspects of the community. The collective energy to dream about what could be, they have hope that the franchises and games that we love so much might have a new chance at life. The collective dream that that games that defined our lives will one day, against all odds make a triumphant comeback and give fans one more trip to the worlds that they love.

With the positive comes the negative, or as some would cynically call it, the reality of what the game industry is and the incorrectly perceived popularity of someone's said franchise and the hopes and dreams of their return. There are real-world logistics that come in when it comes to our dream picks making an appearance at E3.

You may love this franchise but does the general public? Is it worth the time and money for a publisher to take a risk on bringing a certain game back? Will Nintendo bring back F-Zero if Mario Kart continues to make money? Will Sony mark the return of Legend of Dragoon when they have Persona and Final Fantasy? How about Valve? Will Half-Life 3 ever come out? Reality comes crashing in on the party like rain at a picnic. We all know the answer deep down inside but we dare not say it.

Despite the truth behind many rumors and the track record behind most leaks, rumors, and early confirmations being spotty at best. This has yet to dampen my spirit regarding the floodgate of leaks during the gaming season of E3.

Maturity means understanding that a majority of these rumors simply aren't true. Maturity is also understanding that being hopeful and finding others who share your enthusiasm towards a particular group or game is healthy and fun as long as your keep realistic possibilities. Is there ever going to be another Golden Sun? Probably not, but it takes zero effort to talk about it, dream about it, and hope for its glorious return one day. Like buying a lottery ticket during a big jackpot, a little time, a little effort, and a realistic understanding of the situation are all it takes to have a good time. 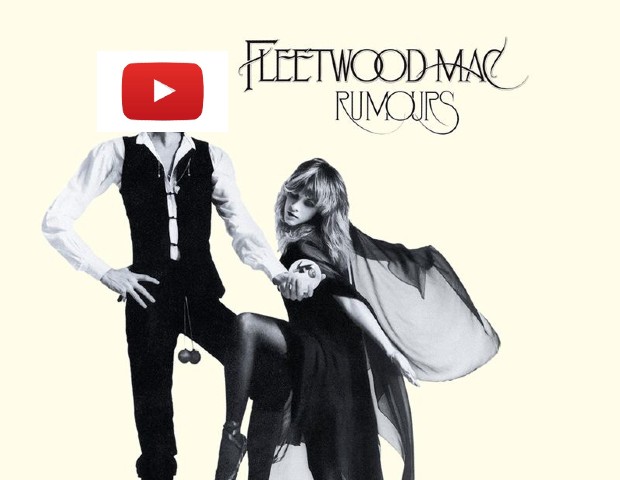 The next time you see a list of crazy rumors pop up before a big conference, don't get angry. Smile, nod to yourself, don't expect anything out of the ordinary and for a moment, imagine a world where everyone else loved a certain game as much as you did. Who knows, your dreams might come true. Stranger things have happened.

What have been some of your favorite rumors E3 related or otherwise? I'd love to hear about them!