Wolfenstein II is full of surprises

I’ve been gradually working my way through the Wolfenstein franchise, 1981-Present. It’s been a bit of a choppy journey: not every game is conveniently available, and not every game is at all enjoyable to play. But that’s part of the fun with these things.

Anyway, I just finished up with Wolfenstein II: The New Colossus. A bit of a disappointment, in all honestly. It felt shorter and thinner than The New Order, and those aren’t normally the comparatives you want. There’s a lot to say about the step down, but I’d rather focus on something else. I don’t know if I’d call it a step up, per se, but there is something that New Colossus does much better than its predecessor. That's surprise. This is a game that constantly amazed me with where it was willing to go. A little bit of shock value is nothing new for video games. If anything, it’s deeply old. Old to the point that it’s only actually shocking to those on the medium's outside. Does GTA still feel transgressive to you? Mortal Kombat? I'm guessing not. The same shock tactics have predominated for so long that they’ve become completely normalised. Graphic violence, violence against innocents, sex and nudity (female, for the most part: penises are still scary), reference to sexual violence. These things have mostly ceased to raise eyebrows. I’m not saying that’s a good thing – it probably isn’t. There should probably be something at least slightly out of the ordinary about a decapitation. But there isn’t, so… here we are. Surrounded by blunt edges.

Enter New Colossus. To be clear, there’s still more than a bit of the old ultra-violence in this one. That’s here to stay. But there’s also a lot of stuff that you just wouldn’t expect to see in a marquee FPS release. In the game represented by the image above. Some examples:

1: A detour in which the protagonist ends up confronting and killing his abusive father.

3: A prolonged interrogation of the all-American action hero archetype and its relationship to trauma and masculinity.

4: A description of a nuclear attack that feels like something straight out of the Hiroshima Peace Memorial Museum…

5: … in the same game in which the protagonist personally deploys nuclear weapons on two separate occasions.

6: The implication that many Americans would actually have been just fine with a Nazi regime, once they’d had a minute to adjust.

8: A line of dialogue that draws a parallel between the intolerance inflicted by the Nazis and that experienced by one of their defectors.

9: A number of things that seem strongly to imply that the game’s reality may not be as it seems, but are left totally unresolved.

10: Constant juxtaposition of (often humorous) incidental dialogue detailing both the monstrosity and the humanity of Nazi soldiers and civilians. 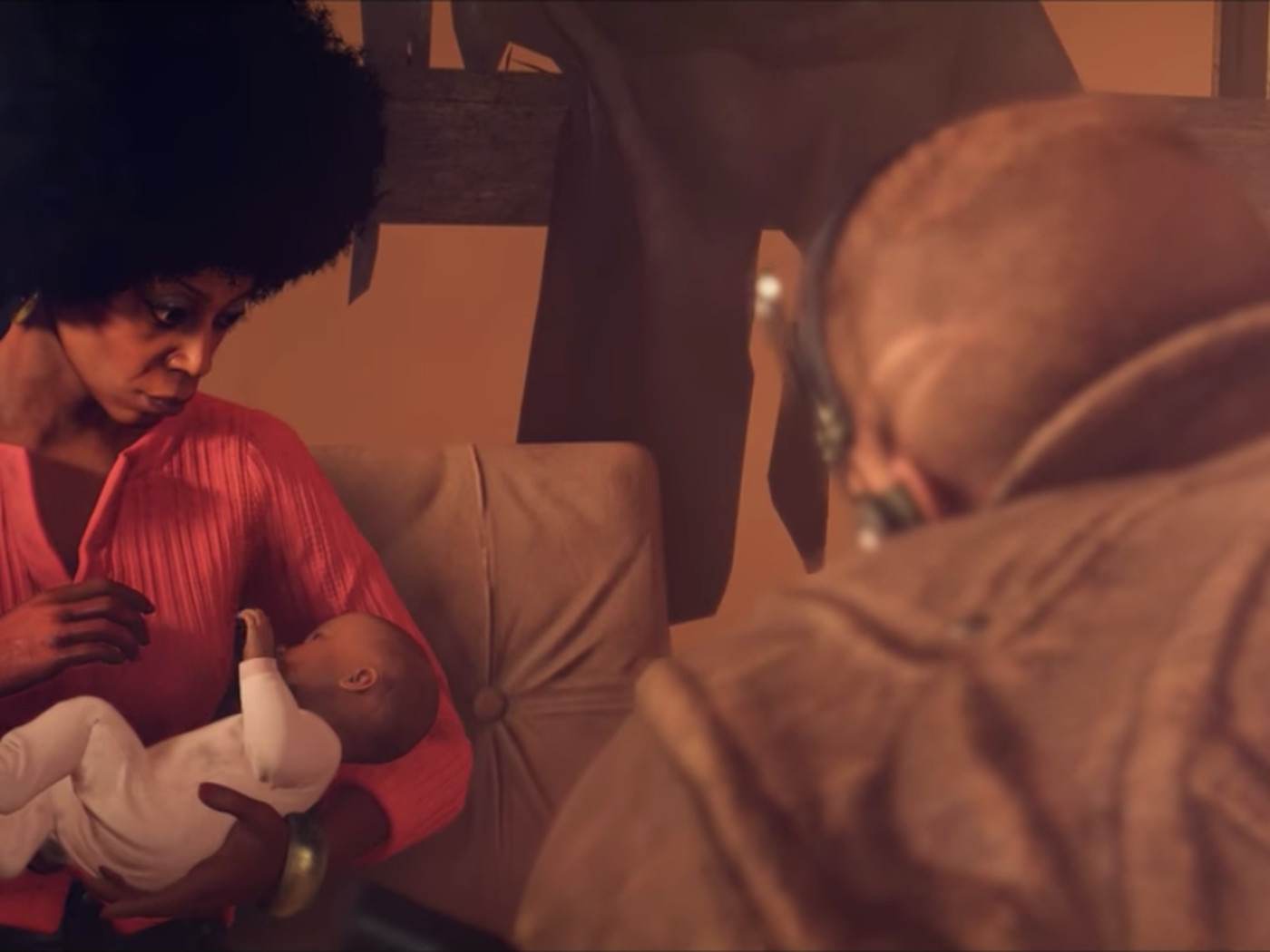 And so on and so forth. There’s a lot of striking content in this game, especially if you take your time with it. Is it handled well? Is it nuanced? Is it tasteful? Does it serve a purpose beyond its potential to draw attention? Well, your mileage will probably vary. Personally, I’d say it runs the gamut from ‘absolutely’ to ‘not even close’. I suppose that’s a good way to keep things interesting. In any case, this post isn’t about quality. It’s about quantity, and New Colossus runs up the score on that front in an environment in which most games seem eager to stay below par. There’s something to that. There’s something to a game that can create a moment of incredulity, a moment of “I can’t believe they put that in there”. Maybe some of those things shouldn’t be as rare as they are, and maybe some of them could have done with a rethink. But here they are, one after another, for basically the entire runtime.

When I was growing up, there were three kinds of game that my parents wouldn’t let me play (although life found a way, of course). Those were: games with too much violence and too little story, first person shooters, and games set in WWII. I have to wonder if this whole Wolfenstein franchise playthrough isn’t just a deeply belated rebellion against that list. New Colossus certainly has an odd relationship with it – it’s a game that seems to be appalled by and infatuated with violence, an FPS in which the shooting sections feel like second fiddle. A story filled beyond its brim with some of the most serious possible subject matter, constantly oscillating between crass and contemplative. It’s surprising. I’m glad I played it, and I could easily understand how somebody might loathe it. 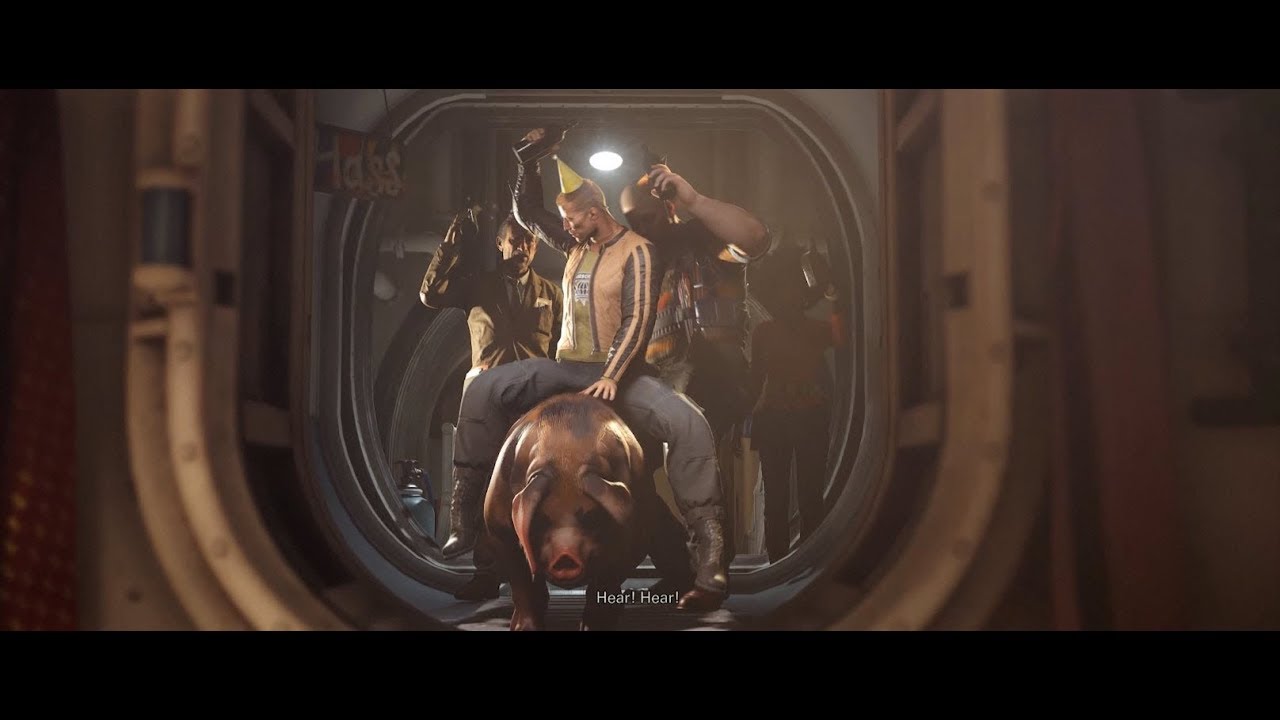 And that’s that for this week! Perhaps I’m giving New Colossus too much credit, but I really did find it refreshing, albeit in a slightly queasy way. Refreshingly queasy, maybe. That’s my two-word review. Have you ever had a similar experience? What’s a game that surprised you with its boldness, its poor taste, or some nebulous mixture of the two? All comments welcome, and thanks for reading.