Let's Take Inventory of Some of E3's Big Rumors/Leaks 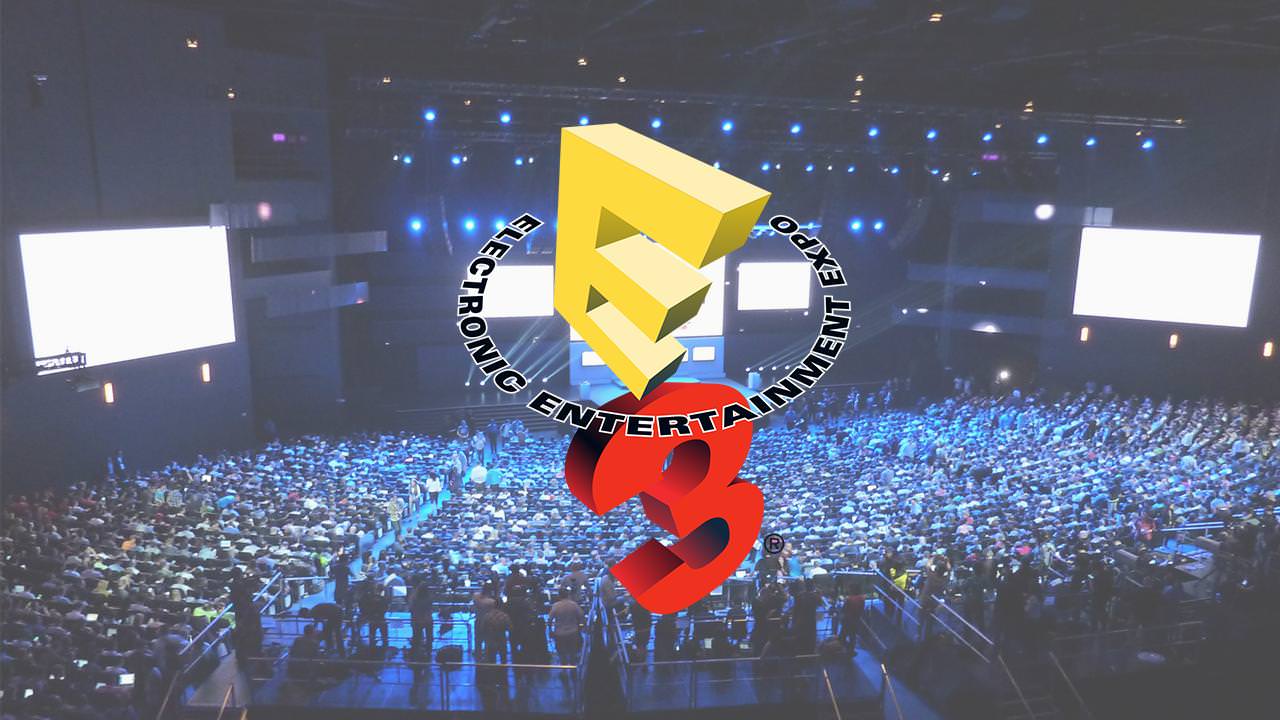 As a gamer, there's no better time to feel the whirlwind of hype and excitement than the week leading into E3.  These days, a calendar year is now peppered with various game shows from PAX, Quakecon, PSX, to international shows such as Tokyo Game Show (TGS) and Gamescom and so many more.  However, E3 has always been the crowning jewel for publishers, developers, and gamers alike, and that doesn't seem to be changing any time soon.

This year, the internet has been piling on the coal to fuel the hype train as well as giving leaks and other 'teases' their place to take hold of the community like a rapidly overgrown weed.  I suppose we'll see in a few short days whether these are truly weeds to be plucked, or if they'll bare fruit.  Below, I've compiled a few of my favorites and/or hopefuls for this year's conference.  While there are many more leaks, rumors, and teases to be recognized, I'll leave that to you to share some from your wish list in the comments below.

This rumor has been churning since the day Rocksteady swore off another Batman title with it's final entry in the series, Arkham Knight.  The hope is that Rocksteady stuck with DC properties and worked its magic with another superhero much in the same way that it had done with Batman.  Afterall, a good licensed superhero game was remarkably unheard of until Arkham Asylum jumped on the scene in 2009.

Superman seemed to be the obvious choice.  For many, Superman 64 is a grease stain on Kal-El's crimson cape.  The Superman Returns game for the Xbox and PS2 generation didn't do the man of steel any favors.  Ergo, a Superman game done right is something the gaming community absolutely needs.  The basis for Superman is not an easily adaptable one for video games.  He's largely invulnerable and one of the most overpowered beings every created in fictional history.  While that's what made him shine in an era darkened by the looming threat of war in the 1930's, it doesn't exactly bode well for a video game character.  Superman 64 attempted some... interesting story beats to attempt this feat.  The world the game took place in was a virtual one created by Lex Luthor, and super powers iconic to the man of steel, were only obtainable through power ups and were limited in use even then.  Superman either needs to confront some heavy duty enemies, or have a solid narrative-driven reason for his potentially weakened state (essentially leveling the playing field for the common enemy).  After what Rocksteady achieved with the Arkham series, it's clear the game makers are passionate fans of the characters, and I have no doubt that they will be able to achieve something great here.

As of today, we're now just getting hold of a potentially leaked poster for the supposed Superman game by Rocksteady.  The picture below was posted to twitter.  The legitimacy, of course, is always in question until the announcement is official.  I don't need to remind everyone that we do also live in an era where things like this are easily and frequently faked on the internet just to create a stir.  So let's hope it's true! 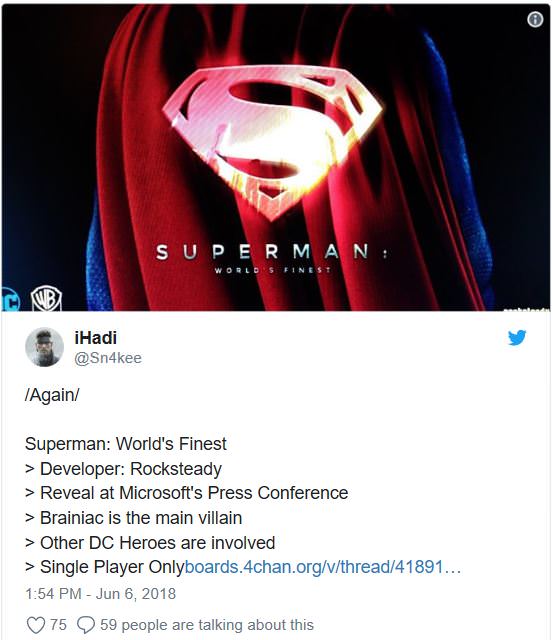 It's been awhile since we saw Capcom's favorite demon-slaying er... demon.  Five years ago, we were given a reboot and Dante received an overhaul in appearance.  Futhermore, his story and background were altered a bit.  Capcom actually handed over the reigns of this franchise to developer Ninja Theory in order to realize this recreation from a new perspective.  This was likely done in response to the lackluster reception of Devil May Cry 4.  However, the response to DmC was also less than stellar.

With five years to let the dust settle, maybe Capcom realized that there was never anything wrong with the ivory-haired Dante we knew and loved.  Devil May Cry 4 merely suffered from, what felt like, a lazy effort.  I'm certainly not here to disparage the developers or presume to know what the production process was like.  But, from the perspective of a consumer, I felt duped into paying for half a game that I was tricked into playing twice each time with two different yet similar characters.  We're 10 years removed from that title, so a Devil May Cry renaissance with the original Dante is something many fans would be thrilled to see. 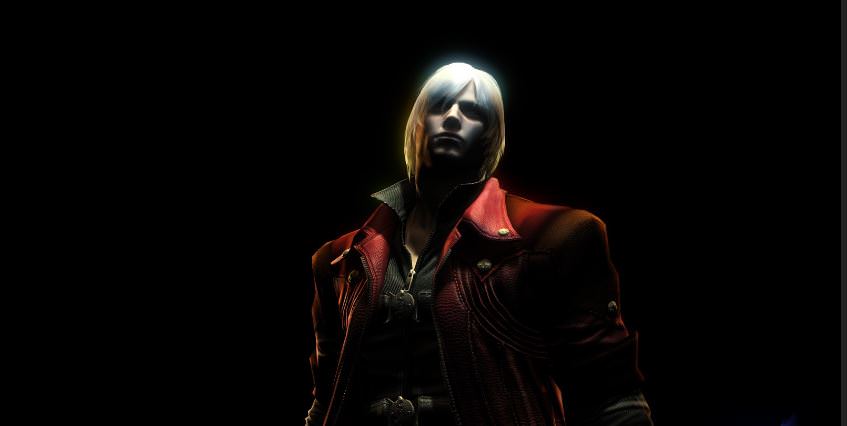 According to Variety, a domain has been privately registered for Devil May Cry 5.  Of course, that never necessarily gaurantees anything, but as Liz Lanier at Variety notes, "a domain registration by itself wouldn’t normally mean much, as anyone can register one, the registration is through GMO Internet, the same registrar used for other Capcom official sites for 'Resident Evil 7' and  'Monster Hunter: World'."  One can only hope.

Tom Clancy's Splinter Cell: Blacklist was a rather pleasant surprise.  Mostly, I was disappointed when I heard that Sam Fisher's iconic voice actor, Michael Ironside, would no longer fill the role.  This decision was made by Ubisoft in an effort to grow with technology and obtain an actor who could also do the mocap actions along with the vocals.  I rather enjoyed this entry despite the change, and the voice acting was superb.  I had a similar fear with Metal Gear Solid: Phantom Pain and David Hayter's departure from the role of Snake.  But once again, I was pleasantly surprised there as well.  The lesson?  Don't hinge everything on what you've come to know about a series.  It's possible to reinvent beloved characters in  a way that is still true to what has gone before, even if that means simply changing voice actors.

As Chris Pereira at Gamespot reported last year, Yves Guillemot even hinted at the interest for a new Splinter Cell title.  During an AMA on Reddit, Guillemot responded to a question regarding the franchise saying, "Splinter Cell is a brand we talk about a lot. It's also personally one of my favorite series. We don't have anything specific to share at the moment but teams are working on different things, so stay tuned for more." 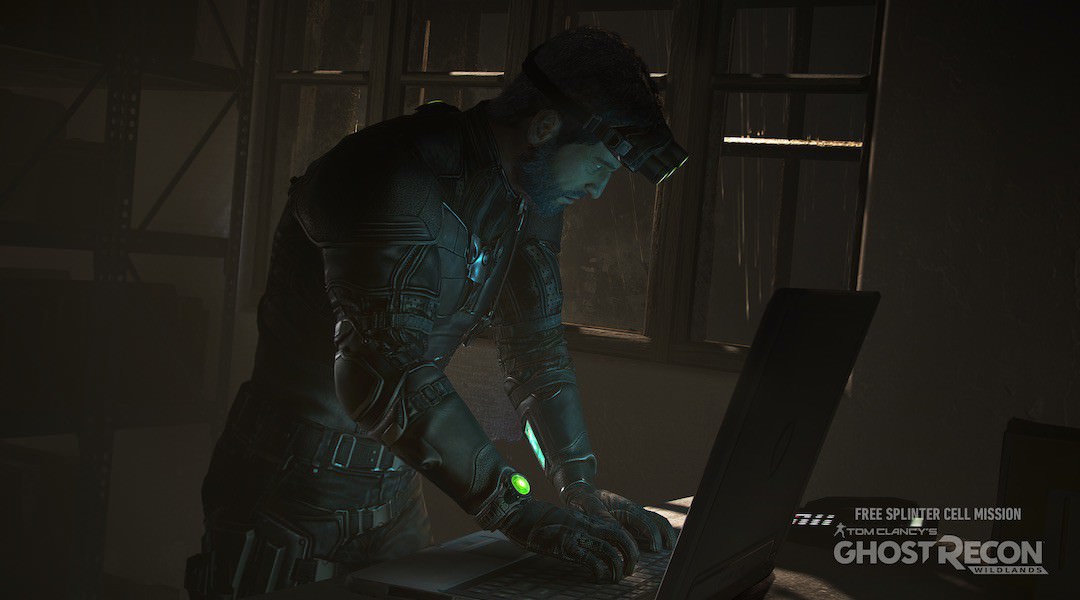 Recently, a Splinter Cell mission was made available in Ghost Recon: Wildlands.  While I've been unable to play it, hearing that Michael Ironside returned to voice Sam Fisher was mind boggling but also very cool.  I felt like this kind of move by Ubisoft wasn't coincidence.  Either A.) the waters were being tested to see what the level of interest would be for a new Splinter Cell game a ways down the road, or B.) this was a prelude to start hype for the series with an eventual announcement soon at a big event like E3, perhaps.  I'm hoping for the latter.

We also can't forget about that Walmart Canada leak that included Rage 2 and a new Assassin's Creed prior to being unveiled.  Both of those already came true, and Splinter Cell was part of that list!

Let's hope we see Sam Fisher don the iconic trident night vision goggles once again.  He's been through a lot, but there's always room for more!