A Letter to the Developer on Sequel Development

10:45 AM on 12.29.2009 (server time)    0
I'm responding here to something I read on the front page close to a month ago that I ended up giving a lot of thought to. One of the world's most celebrated game developers (and certainly one of my favorites), the ex-Clover director Hideki Kamiya, spoke about the development of Okamiden, the child to his own work Okami. As I understood it, Mr. Kamiya was upset about the fact that the sequel (or whatever you want to call it) was being produced by Capcom instead of in his own studios. In his own words, "Once someone else touches a world that you yourself created it stops being yours. There is no point in making a sequel when the world doesn't belong to you."

Having thought about it for some time, I realized that, at least on an emotional level, Mr. Kamiya has a point. My own work with the Okami source material (long since cancelled) has shown me how difficult it is to modify or change something you love that much, especially when you hold yourself up to someone else's artistic standards. However, I do disagree with those who say this means the end of the line for the potential series, and more importantly, those who claim such worlds are pure things meant to be left alone. If anything, such changes to a game, ANY game, should be welcomed as a much-needed influx of creativity and expansion.

Look at the Final Fantasy series. There's a reason the "Is it final yet?" joke has grown stale: in theory, every game world is unique. As the series is focused on delivering an epic story with every title, very few story elements remain constant. True, there's always a blond protagonist with the Wield Oversized Weapon feat, but other than that, the plot can range from a campaign of ecological defense, to the politics of a military academy, to more simplistic ideas like the defeat of an evil force who happens to be the protagonist's father. I came across this post recently: "FF managed to rehash a lot of stuff over the years and still stay fresh thanks to storyline and artistic impact. FF's greatest strength always was its characters and storylines." The point being, even if the basic rules stayed the same (turn-based combat, limit breaks, et cetera), the Final Fantasy games did not and, as far as I've heard, have not become staid. 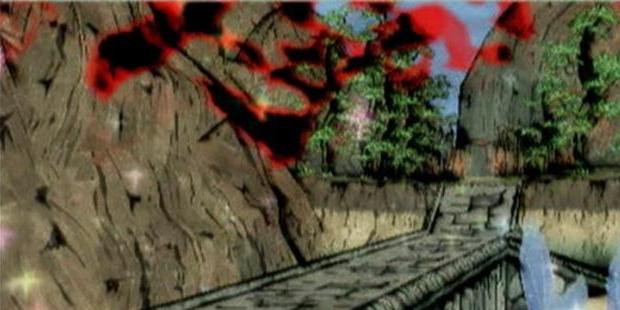 It's also nonsensical to talk about corruption of an idea. If the defensive weasel spouting that word is concerned about content, he or she needs to stop taking things so seriously. It's a lesson I've had to learn and apply many times. In the event he or she is worried about quality, it's an even more ridiculous argument. This sort of ranting occurs always for some reason occurs before the games is reviewed, released, or even shown in alpha or beta form. How can one tell if less than one hundred percent effort is being expended when the game is ten percent complete?

My point is sequels are worth making even if they no longer match the idealization held by fans. Since there is no such thing as a truly perfect game, we as gamers constantly ask for and imagine changes to these titles. We should not view these stories as sacred. Likewise, we should not view their attachments, such as who developed it, as sacred either. An unusually intelligent comment found attached to the article that sparked this line of thought read, "A sequel of any kind to any Clover game is welcome as long as it is Clover quality." Replace Clover with any developer, indeed, any idea, and you have a phrase to live by.

I'll wrap this up by returning to Mr. Kamiya's statement. I believe that the world Okami created could continue to exist without Mr. Kamiya, as shocking as that sounds. But I still wish the man could venture out from his position and try to help a little. A minor suggestion here and there wouldn't be too much to ask, would it? I can't tell Mr. Kamiya how to do his job, but I can hope he'll find the strength to expand a world when his talents could still shape it.

We're all happy to receive any expansion of a world we love, and we're not burdened by the image that the first way is the only way. A sequel, after all, is yet another layer in a story, not a rewrite of what has already come.
#Commentary    #Community
Login to vote this up!