I Shall Write A Lot Of Stuff!

Me? I'm not a big RPG person. I used to be, but I find that they are far too time consuming and tend not to hold my interest. (I'm also not really a big blogger, so me coming out of hibernation for this contest means a lot.) This game though, sparked quite an interest in me, mostly for one reason that is really fucking hard for me to admit on a public blog that I will probably get flamed for, but I am pretty emo.

Now I knew Junpei was from some show that I didn't watch avidly, but I had seen it enough to recognize it. I did some serious matlocking (I looked it up on Wikipedia...) and found out that it was Edward Alrich from Fullmetal Alchemist. Good show. A little depressing. Quit watching it half way through but yea, Junpei had a recognizable voice actor. In fact, I looked up all the voice actors, and they had done some notable VAing before that. One thing that took me by surprise was this: ya know Akihiko? Illidan Stormrange, from World of Warcraft: Burning Crusade. What the hell. That's fucking awesome. (I no longer play WoW after an extensive rehab program called unemployment.)

Akihiko in his past life. (God, his name is fucking fun to say!)


So yea. I love anime cutscenes. The last RPG I played was Lunar: SSSC, and ya know what? That had fucking amazing anime cutscenes as well! I was so happy... There was actually a time while playing it during a rather epic cutscene (when you do your first summon and fight your first monster) where I just wanted it to keep going and watch what happened. It felt more like a really good anime than a game.

Honor. This may sound strange but I will explain. Now before, I spoke of the creation of the Abomination and how I had ripped this game with no thought, but after playing it for awhile, I felt extremely guilty. This game was amazing! It was so beautiful and had actually inspired me to play an RPG again. I had to share it with the world (which to me, consist of about two other people) so I coerced my boyfriend to play it and I took it to my best friends house and let him play it. By the time I got it back, it was time to send it on its way. At least I had gotten those few amazing hours alone with it and had been able to share its amazingness with others. But what of the ripped copy?

...I couldn't do it. I booted it up once and it didn't feel right. When I download music, I feel pretty okay about it. Everyone does it. But when it's one of my favorite bands, I go out and buy the CD to support them. Now this was a game that I truly loved. I wanted to support the wonderful people who had made it. I refused to play it. I yearned for many times, but I refused to play my pirated copy. It was the greatest thing I had been exposed to for the longest time but I wanted to respect it. So I deleted it. 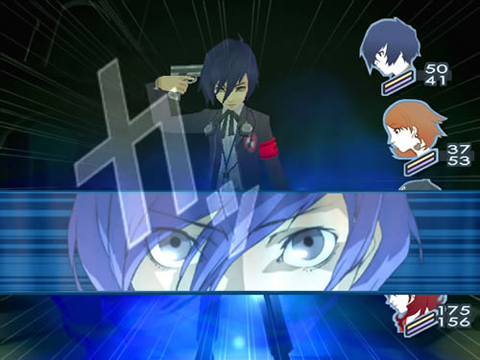 I thought about it for a long time and decided that I really wanted to buy this game, which is a really big commitment for a person like me, something similar to buying a new baby or having a car. I had heard of FES being in Japan. I read up on it and it sounded fucking epic. If I was going to put any money into this game, it was going to be on a special edition. This was all before it was confirmed that this was coming to the US, so I waited and hoped that one day, I would hear the glorious news of its arrival.

Time passed and I went away to college, where I became even poorer and lived off of rentals that I could barely afford and the whole friend system of borrowing. I even used a creepy stalker guy to play Bioshock, Portal, and No More Heroes. Finally I caught word of it. FES was coming to the US! I did a little happy dance and I squealed and I watched the video of the intro about 80 more times and then I realized that I had no money.

So here I am now. I've waited all this time to play this game that I love so much. I have no talents to offer you. Only sincere devotion to this game. So much devotion that I could not play a ripped copy, even on those cold lonely friendless college Saturday nights when I yearned for a good game. So please, I beg of you, consider my entry. And here is my last reason:

Right now it is 1 am. I had to make this post now so that I wouldn't forget about it. I never enter contest because I am lazy and/or forget about them. I have to wake up in a few hours and write two papers and take a final. I am sacrificing much needed sleep just for a chance to play this game again. I'm going to want to shoot myself in the morning for not going to bed when I should have and for procrastinating so much on my work. But I took the time out of my insanely busy schedule just to enter this contest in hope that maybe, just maybe, for the first time in my life, I might just win something.

(I'd also like to add that I accidentally deleted about half of this then published it, reread it, and had to write it all over again so it's actually more like 2 am now... >_> This made me very sad because I wrote very witty things that the world will never see and I will never remember, because it is far too late. That just shows even more devotion.)
#Community
Login to vote this up!

...is waiting on you! (Said in a voice that is somehow both irritated and sexy.)
...is Gordon Freeman.
...is making peace with the FPSes.
...doesn't RTS?
...doesn't care what you say, she fucking likes it!
...hates vans.

-Action/Adventure
-Arcade (Can that be a genre from now on?)
-Fighters (especially 2D)
-Hack and Slash (it's totally a genre)
-Platformers
-RPGs (although rarely these days)
-Rhythm
-Shooters (Run and Gun, Top Down, Horizontal Scrollers, Shoot 'em Ups, not so much FPSes... )
-Survival/Horror (Favorite Genre)

-GameBoy Original
-GameBoy Color (Special Pokemon Edition >_>)
-Nintendo DS (Receives more NOT love now that I have a NOT R4.)
-Nintendo 64 (Least favorite system)
-GameCube
-Wii
-PSX (I have one in the trunk of my car and I don't know why.)
-PS2 (Demoted to second favorite system)
-PS3 (Don't really know why.)
-Sega Dreamcast (Favorite System)
-PSP
-PowerJoy (You don't even wanna know...)
-XBox 360 (lives in limbo of system favoritism.)
-SNES (Doesn't play in color)

Other Things That I Do

Things That I Hate