In The Long Run: making your (vanilla) video game last

NOTE: This article was originally published on Gamasutra on 11/02/2015.

When it comes to drawing and holding the participant’s attention in the long run, video games are pretty much peerless in their execution. From their exquisite audiovisual presentation to their intuitive gameplay mechanics, games are capable of creating a multi-layered and unique bond with the player that compels him/her to remain in the game’s virtual world, allowing him/her to develop a solid relationship with the title in question as well as a strong mastering of it.

This effect, known as longevity or replay value, is what gives a video game its legs, and is heavily responsible for the player’s overall enjoyment of the virtual experience since the aforementioned bond between the game and the participant is one that slowly builds and matures over time. With that knowledge in mind, the designer can equip his/her game with the kind of features that can hook gamers for months on end, leaving a huge impression on them in the process. 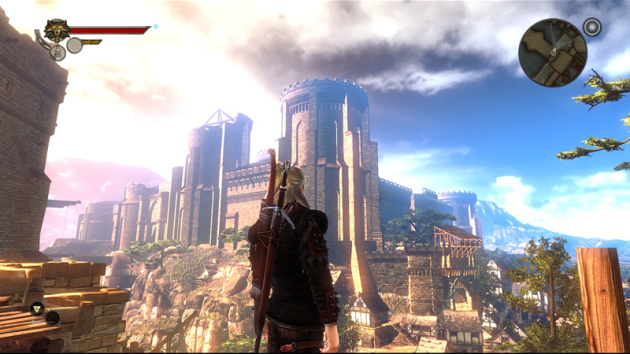 Over the past few decades, developers found new ways of turning their games into real time-sinkers and/or adventures that are so incredible and captivating that they warrant another playthrough. From the multiple narrative outcomes in the Witcher games to the unlockable costumes and weapons in the Resident Evil series, video games present players with several incentives to relive the adventure in a brand new and interesting way.

When the designer builds a game with quantitative and qualitative value in mind, the virtual experience is transformed into something that has the potential of being endlessly enjoyable and replayable. And a game that manages to accomplish that feat in its vanilla (i.e. original) form can be indicative of a self-sustaining product that can easily rest on its laurels and offer a complete experience to the player from the outset.

I’ll prove my point by giving you several techniques that the designer can take advantage of to “bake” longevity into the vanilla game. For each technique, I’m going to include an example of a game that gets that particular replayability aspect right.

NOTE: Although DLC and mods are two way of increasing the longevity of a game, I’m going to be focusing on ways to create high replay value in the base/vanilla game. This means I’m going to exclude post-launch/alteration methods of enhancing replayability as they constitute a different topic from the one I’m discussing in this article.

One of the classic ways of incentivizing gamers to spend more time playing the game is to include extra content that can be unlocked if certain special conditions have been fulfilled. These can range from costumes and equipment that can completely change the gameplay and tone of the game, to additional modes like New Game+ that can offer more reasons for the participant to put his/her skills to the test. By taking advantage of that technique, the designer can create a game whose “normal” content is just the tip of the iceberg, ensuring that the experience remains a satisfying and surprising one.

The TimeSplitters series takes that longevity aspect to heart. In each game, the player is encouraged to tackle the campaign mode on several difficulty levels (with varying objectives a la Goldeneye), and complete arcade league matches and special challenges under certain specifications (time limit, points, ranking…) in order to unlock all of the weapons, characters and maps in the games. These can provide new ways of playing the game and creating over-the-top moments (e.g. setting bipedal cacti on fire as an animated carcass), which give the TimeSplitters series their addictive and fun appeal. 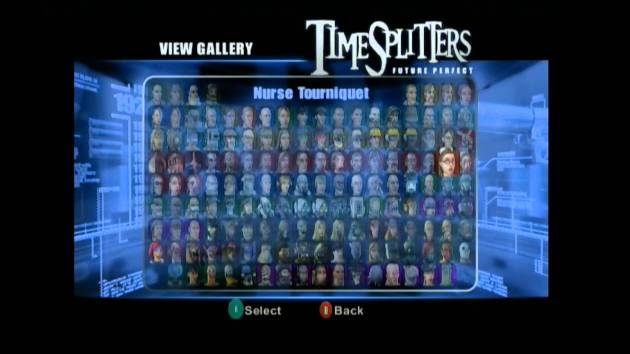 When creating unlockables for the game, the designer needs to calculate the amount of effort required from the player to gain access to bonus content, and the value of such content to ensure that the player doesn’t feel like he/she wasted several hours playing the game just to unlock something trivial or redundant. By carefully analyzing the structure of the game and properly assigning the special conditions to each unlockable, the game designer can craft an extensive experience that maintains a balance between effort and reward.

Another way for the game designer to increase the replay value of his/her game is by building the game in a way that accommodates several narrative outcomes that can dramatically personalize the player’s experience. From moral choices that can have huge effects on how the rest of the story unfolds to the completion of certain objectives that can alter subsequent scenarios, there is no shortage of narrative branches that the game designer can create and implement in his/her game to turn it into a highly malleable title that changes every time the participant plays the game differently.

Alpha Protocol is one such title. This ambitious, spy-themed action RPG puts players in the shoes of an operative who can make several important decisions throughout his/her adventure, which can greatly alter the rest of the experience. Everything from sparing/killing an NPC to choosing one location over another can have huge ramifications on what’s to come. All of those factors can give the player one of several endings depending on his/her allegiances and the decisions he/she made throughout the adventure, which gives the player a pretty hefty incentive to replay the game and see how things can change with just one different decision. 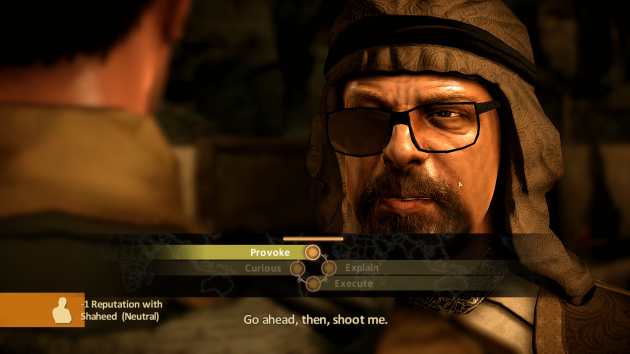 By “branching out” his/her game with multiple narrative factors that can affect the course of the experience, the game designer can give the player the illusion that he/she is playing a completely different game with each playthrough. Even still, the developer needs to tweak the narrative branches that the player might take throughout the experience in order to make them interesting and different from one another, which can encourage the player to explore each possible narrative branch that the game has to offer.

But it’s not just narrative outcomes that can compel the player to start another game. How he/she can create different and complex in-game situations with his/her own combination of simple game mechanics can also enable him/her to create a personalized gameplay narrative that can coexist with the existing, pre-planned narrative that the designer crafted. This phenomenon, known as “emergent gameplay”, is one of the primary components of experimentation, which can lead to unique scenarios that give the player the feeling of empowerment that he/she seeks from his/her game.

Dishonored offers the player plenty of opportunities to leave his/her mark on the experience in a variety of ways. The participant is presented with several gameplay tools (blade, active/passive powers, gadgets…) that he/she can take advantage of to traverse the streets of Dunwall and deal with the guards populating the city. The open-ended levels and sandbox nature of the gameplay mean that the player is free to employ any combination of lethal/non-lethal tactics and improvisational navigation that can create a distinctive gameplay style, leading to several water cooler moments that invite the participant to try out new strategies and deal with the ever-changing gameplay conditions. 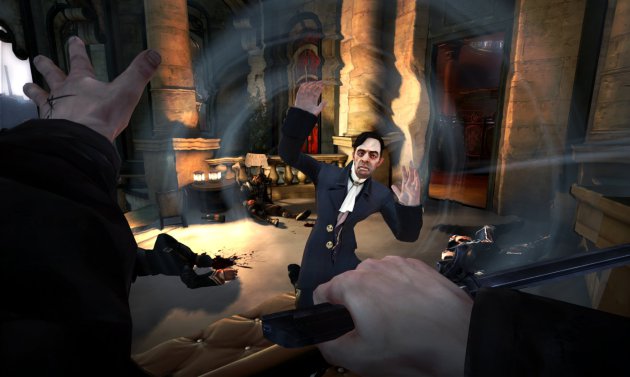 Through effective tweaking of the game’s mechanics and creative level design, the developer can build a virtual environment that encourages the player to approach his/her objectives in a variety of ways. Each approach should feel distinct and extemporaneous enough to give the player the impression that he/she has control over the in-game situation. With emergent gameplay, the designer can potentially create a carefully planned game structure that still allows the player to go wild with the equipment at his/her disposal and explore every possible scenario that the game can support.

Of course, how good and consistent the content is can also compel the player to continue playing the game in the long run. It’s certainly no secret that flow, as described by Mihaly Csikszentmihalyi, can lead to the player being fully immersed in the experience and enjoying every bit of what the game has to offer, a feat that can be accomplished through sound pacing, engaging scenarios, and intuitive gameplay mechanics. By doing this, the designer can potentially craft an experience that, although linear in nature, carries a potent aura of longevity.

Half-Life 2 is a good example of an undeviating title that still manages to be highly replayable thanks to its pitch-perfect level design and pacing that suck the player into the experience. The incredible mix of puzzle-solving, combat sequences and vehicle sections ensures that the participant hardly gets bored of playing the game, and the rate at which he/she makes progress (weapon acquisition, introduction of new enemies, etc…) feels right enough to create a smooth and balanced ride that is so masterful in its execution that the player can’t help but play through the entire game again. 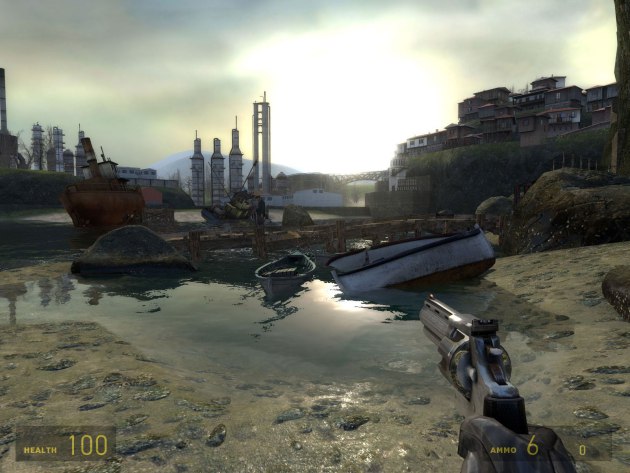 Nailing the gameplay flow of a video game to the point where it can sustain the experience’s longevity all by itself is a tricky endeavor since the designer has to ensure that no single aspect of his/her game derails the player’s sense of immersion. This longevity technique is one that requires frequent testing, which can spare the developer from frustrating development obstacles. When done right, gameplay flow can turn the game into a virtual experience that’s free of filler moments, and captivating enough for the player to stay in its world.

Replay value is a critical component of game design since it determines the solidity of the bond between the game and the player, which can mean the difference between a good title and a great one. By taking advantage of the replayability aspects listed above, the designer can create a game that, in addition to being fun, invites the player to uncover and enjoy every bit of gameplay that the experience has to offer. It’s this ability to hold the player’s attention in the long run that can turn the game into a dearly precious and personal adventure that surprises and wows the player at every turn.