Five Instances Proving Anti-Game Activists Have Given Up

2:13 PM on 02.15.2011 (server time)    0
Video games are nothing if not familiar with controversy. Cliff Bleszinski even pointed out recently that video games are the new rock and roll. It�s a difficult position to argue since a ban was once put forth in the United States Congress to ban rock and roll and these days there are are calls to regulate video games on the state and federal level more often than John Boehner crying during speeches.

Actual anti-video game activists, though? They�re a thing of the past.

I�m talking about real moral guardians, like that bored housewife, Ellie Rovella, who went out of her way to launch a grassroots campaign when she discovered her 11-year old son playing Primal Rage and subsequently found out about the infamous acidic pissing finishing move. Even organizational moral guardians like the Parents Television Council seem more interested in filing FCC complaints about episodes of Family Guy. As a result of endless court defeats, expansion of video gaming as a medium, and the implosion of a certain attorney, most people who ten years ago would have crusaded against video games seem to have thrown in the towel.

What�s left behind is a small collection of politicians and media pundits who generally raise the issue of video game controversies without so much as a thought or care either out of a sense of throwing it in or just for ratings or political points. Don't take my word for it. Let's take a look at some of the evidence.

California Congressman Joe Baca may not have the anti-video game spotlight of Joe Lieberman or Leland Yee but he certainly has an axe to grind against the industry. Baca, who incidentally was named as one of the ten worst members of Congress and has considerable ethical baggage presumably not inspired by video games, recently introduced the Video Game Health Labeling Act of 2011 which would require all games rated T (Teen) or higher carry this label: "WARNING: Excessive exposure to violent videogames and other violent media has been linked to aggressive behavior."

Sound familiar? Baca introduced the exact same law in 2009, right down to the name. The 2009 version had no cosponsors and never got off the ground, so Baca is out to try again (he has one cosponsor this time). Why has Joe Baca given up? As The Escapist points out for the 2011 edition the press release for the 2011 edition of this law is recycled virtually verbatim from the 2009 press release. 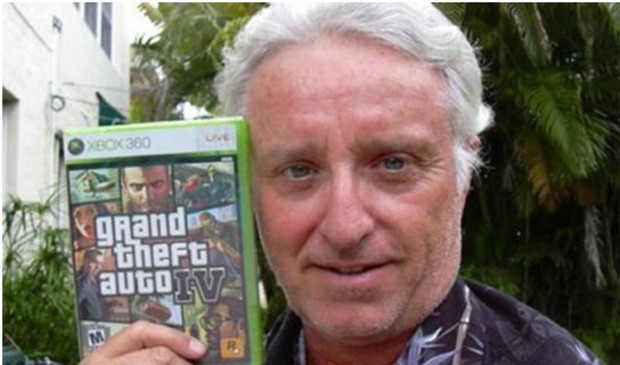 Suddenly you feel a lot better knowing that's in the past, don't you?

Incidentally, if you live in the United States, consider joining the Video Game Voters Network. Someone has to educate people on the merits of video games, and it might as well be us collectively.
#Community
Login to vote this up!