Nintendo's blue ocean strategy [Forbes article] is simple: let the Microsoft and Sony sharks fight a bloody battle over the same dwindling pool of nourishment. Nintendo, according to the strategy, swims to blue oceans in search of untapped and noncompetitive markets. By all accounts, that strategy worked. It's hard to argue with Nintendo's soaring stock prices.

But is success simply a matter of choosing a new target demographic? Nintendo is a company who, a little more than one year ago, was still swimming in the red ocean of console gaming, pursuing the same gamers as its rivals. Nintendo had dipped its toe into the blue ocean with its DS and found success, particularly with the DS Lite. But I'm beginning to think this success was the first sign of a market fragmentation for Nintendo. Remember when Iwata chewed out Reggie for not selling enough Brain Age? We can see a similar phenomenon with Wii. Specifically, the Japanese market was increased by the addition of many people who did not traditionally play games at all. But the American market found more success in attracting lapsed gamers with nostalgic memories of NES and SNES.

This is all speculation, but I think the sales of recent Mario and Zelda games give some evidence for my theory that in Japan primarily casual gamers bought the Wii, and in North America a heavy amount of core and lapsed gamers purchased it. So let's look at some data! (That is such a great pick-up line you might want to memorize it.)

Super Mario Galaxy is the highest rated game of the year so far. Super Mario Galaxy's two-week sales total in Japan is somewhere around 325,000 according to Media Create (via NeoGAF), out of an estimated install base of somehere near 4 million Wiis*. More notable is the steep drop-off, about 70%, from week 1 to week 2. Supply issues aren't to blame for the slump, according to anecdotal evidence collected by VinnK of the excellent 4 Color Rebellion. All of the nine Japanese stores surveyed had stock of Super Mario Galaxy, ranging from one to 15 copies.

Not only did Sunshine sell better, the installed base of Gamecubes in Japan when Sunshine debuted was less than half of the Wii at Galaxy's launch.

Comparison of hardware sales between Wii and GC.

A back of the envelope calculation for console attach rate at two weeks yields 31% for Sunshine, and 9% for Galaxy. Fewer than one in ten Japanese Wii owners picked up one of the best games of the year in the first two weeks of availability.

How about Zelda? Comparing Wind Waker and Twilight Princess is a little trickier because in this case, the GC game had the initial installed base advantage. Instead, it seems more apt to compare the first 50 weeks of sales. By the end of the period a year after each game launched, the installed base of the Wii had easily overtaken that of the the Cube; hopefully this levels the playing field.

On some level, this should be expected. Nintendo should expect to see a decline in attach rate for core games, but an increase in attach rates for easy-to-make casual games, right? Yes -- in Japan. Between Wii Sports and Wii Play, 4 million copies have been sold there. But this "success" illustrates the problem.

It doesn't look like North America is ready to abandon core games in favor of [fill in the blank]-training just yet.

In North America, Wii Sports is a pack-in, and the profit potential of Wii Play is capped at $10 because of the $40 bundled Wiimote. The two biggest successes of the Wii's casual line-up are both not huge revenue producers in North America, at least nowhere near the level of 3 million copies of Twilight Princess sold at $50 each. Even in Japan, Wii Sports is not typically sold at the price of new retail releases. In contrast, Zelda and Mario each stand to recoup hundreds of millions above the cost of development and marketing.

So, perhaps partly because of the misleading success of the DS, Nintendo's blue ocean strategy has been only partly implemented. Now Nintendo has one foot in the blue ocean of Japan and one foot in the red ocean of North America. This of course leaves its crotch open to a surprise attack by Europe, who has heretofore been ignored in this article because discussing it would have been 50% more difficult. 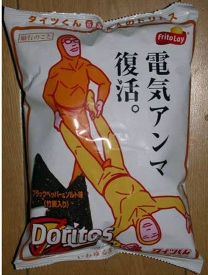 My impression is that Europe bridges the gap between the two oceans, but I'm not about to do any more research right now.

Now that so many people with different intentions for the system own Wiis, Nintendo cannot afford to abandon any of them. Sony's itching to jump back into dominance in the US, and the $399 price point makes it a viable threat. The Xbox 360 has been consistently respectable from a sales perspective. George Harrison's claims that Nintendo is not competing with those companies aren't accurate if we look at the Japanese market. Both Sony and Microsoft (!) have been gaining market share at the expense of Nintendo. Perhaps this suggests that the casual market has slowed in its Wii consumption, and that core gamers adopt consoles at a slower, steadier pace. But that's a topic for another piece that I won't be writing.

*The veracity and origin of vgchartz' numbers have been criticized. My own experience is that vgchartz is almost always within 15% of the NPD and Famitsu data (which aren't necessarily complete or accurate either), so it's better than me making up the numbers.
#Community
Login to vote this up!