I've been littering the quickpost section with anecdotes of Christmas that's going on with me. Anyone who drops in regularly on the QPs (and that seems to be a lot of you) know that when it comes to winter this year, the frozen fury seems to be doing a number on my save data. Come this new year, I will literally be starting fresh, because it seems like nothing I've held dear in my archives seems to have survived the Great Christmas Fire of 2015.

So since I just wanted to relax this Christmas, wanted to see what's open, and because this is longer than a single quickpost, here's a semi-complete list of all the save data that will be missed.

- Metal Gear Rising Revengeance: A small sting, I wanted to replay it to achieve better grades but starting over fresh doesn't seem so bad.
- Fallout 3 and New Vegas: A sad memory of years past, all that progress building up my little asshole, Chinese stealth suit wearing jerkass is now gone. That's hundreds of hours right there.
- Skyrim: National tragedy, I had two different saves: a Khajit mage who became the master of the College of Winterhold and a Redguard assassin from the Brotherhood. Goodbye to the feeling of empowerment to blowing away trolls with a massive, lightning-based Kamehameha.
- Oblivion: same as above, but with smaller payoffs.
- Vanquish: Small needle prick, I also wanted to replay it for better grades but I'd forgotten how to play last year. Better to restart and learn it from scratch.
- The Walking Dead season 1: A minor zombie bite, I just finished chapter 2. You telling me I gotta go through Kenny's shit again?

Bathed in the blood of my old saves.

Now on to the Wii U section! Decidedly more painful!

- Bayonetta 2: Stinging slap, I didn't manage to unlock anything important, so replaying Bayo 2 should be a blessing, especially for score hunting. I never even managed to unlock Masked Lumen for Tag Climax, I mean com'on.
- Bayonetta: Kick in the balls, Not only did I lose my progress towards unlocking Sai Fung, which requires 100 chapter completions, but I also lost Pillow Talk, which costs 1 million halos through the phone cheat. I might as well never go back at this point.
- Hyrule Warriors: a national tragedy, unlocking weapons is tough order to fill. Losing all the weapons I really liked is enough, not to mention that story mode I don't really want to replay. But the challenge maps? They're called CHALLENGE maps. As in, no thanks, too challenging to replay.
- Legend of the Mystical Ninja: I mean at this the point, the universe is basically telling me I'll never beat this game. If I didn't do it as a 9-year-old, if I didn't do it as a 15-year-old, I'm never going to do it even when I'm past 30.
- Mario Kart 8: go-kart leaving skid marks on my back, I mean what's up with the Mario Kart series and unlocking characters. It's never been fun. I don't give two shits about any win-loss record I have but don't take away Toadette or Morton. Anyone but Roy, please. And Rosalina? What elder god do I have to slay to get her back?

Thank god games like Splatoon were stored on local memory. I'd jump off a bridge if my Smash data were on my HDD too when it conked out. 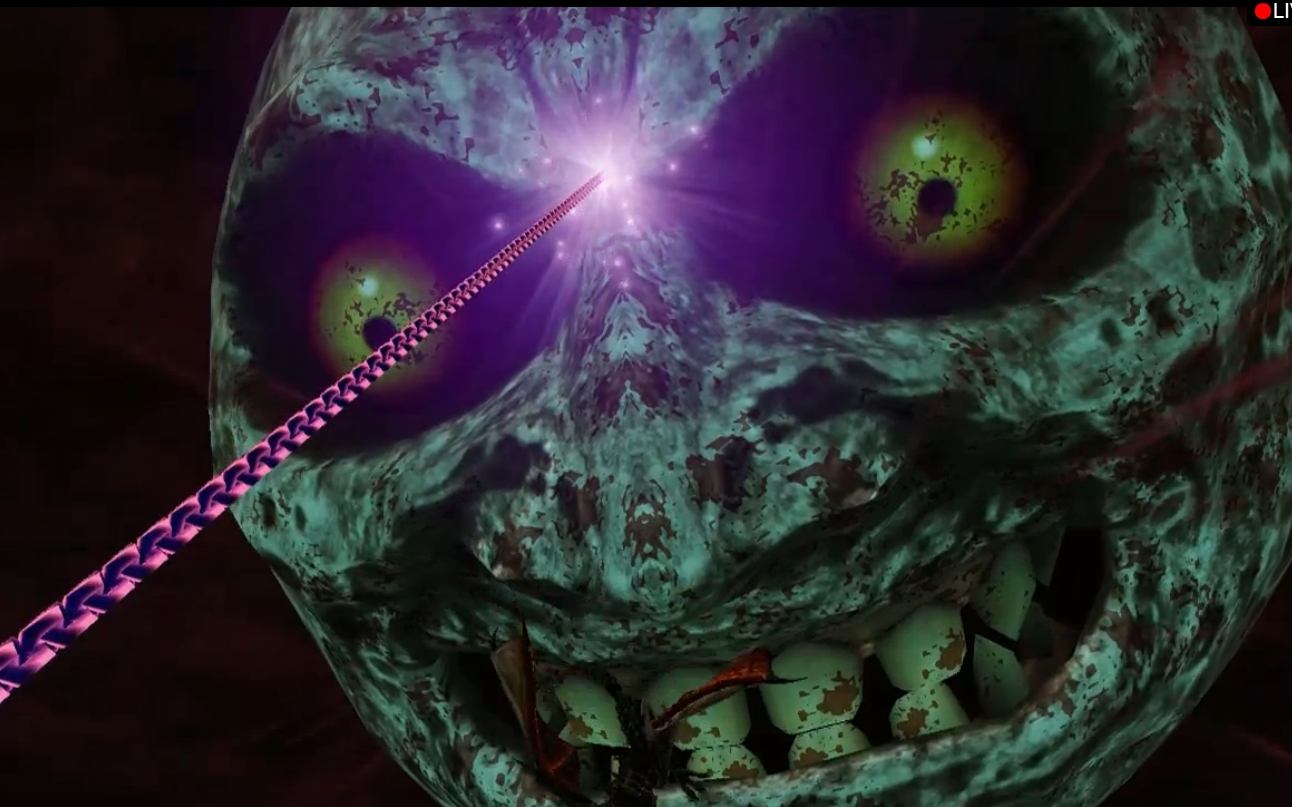 Artist rendition of my Wii U data being obliterated.

So what now? Well, I've been playing games I'd never played before, to take my mind off the crippling loss of memories and emotions.

- Legend of Korra: I want to play a lot of PlatinumGames' titles and this is Platinum as fuck. Pretty bad in the beginning but loads of fun when you've unlocked the essentials.
- Transformers Devastation: Nobody told me this was on older generation consoles. Let me play as Optimus Prime, dodgerolling, slowing down time, and smacking Decepticons with a massive trailer hauler.
- Devil May Cry HD Collection: For being a massive PlatinumGames fanboy, I've never played one of Hideki Kamiya's most landmark titles. This ends now.
- Okami: Can't go wrong with Zelda, which has somehow become even more Japanese.
- Muramasa the Demon's Blade: Fun fact, I'll enjoy this game because it was made by Ignition Entertainment, which is made up of ex-Clover Studios people, which is of course the progenitor of PlatinumGames.
- Earthbound: technically this was lost in the data wipe as well but I never got around to playing it, or ever. So as soon as everything gets redownloaded and I instate a process of keeping save files on internal memory, I'll get around to playing Earthbound, finally.

Merry Christmas Dtoid. Enjoy what you have and don't take your data for granted.

#FUCKINGMERRYCHRISTMAS
Login to vote this up!