Acquisition: Solid Snake signed your what?

11:02 PM on 11.11.2011 (server time)    0
I'm a very leveled headed person. When it comes to games, I pre-order the games I'm sure of and when I don't pre-order a game, I simply ask at my nearest store. I don't go on crazy hunts for most games with the exception of hunting down a hard to find copy of Street Fighter Anniversary. But there is one thing I went out of my way to get.

For several years, I staffed as access control at Anime Expo. It was an exciting job that let me enter a great convention for free and attend its events and exhibitor hall for free, plus food and room for the duration of the convention. As part access control, it was my duty to keep the lines nice and orderly so they'd move smoothly and people would be safe. 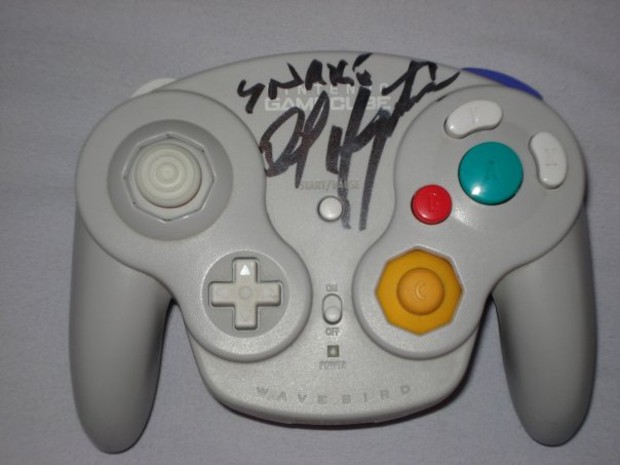 This was actually the first time I had ever had anything autographed. It was exciting to think that this Wavebird is one of a kind now. I brought it back to HQ to brag, though they were about as confused as David Hayter at my choice of autographed item. It wasn't until I took a picture of the item and uploaded the photo to my Facebook so all my friends could see it. My friends thought it was a hilarious idea, to get my Wavebird of all things autographed by David while one friend on Facebook considered it beautiful.

To this day, I still own this controller. I haven't owned a Gamecube in God knows how long and I sold my Wii years ago, so really it doesn't leave my gaming drawer much. But at least knowing the permanent marker with the care and isolation means the marker ink will last for a very long time and that I can hold onto a very interesting piece of paraphenelia.