The Advantages of Being an Arab Gamer:

The Advantages of Being an Arab Gamer:

Gamers are often ridiculed and shunned by a larger society much too concerned about their public image. As for Arabs, no one has been as a vilified by the US media as much as us in the past 15 years.

Thankfully, I don’t live in the US and hence have no reason to worry about being a gamer or an Arab. Unless I am the wrong kind of Arab, in which case we are probably at war.

Here are the advantages of being an Arab Gamer, in no particular order. Except the first one, which definitely deserves its first place.

Instead of scheduling an appointment with a doctor, and staying for hours in a miserable waiting room until your doctor invades your anus. Just get one from the accommodating airport security while you travel in your merry way. It doesn’t matter whose disinterested hands inspect your colon, it just matters that someone does.

Additionally, you can always ramp up the discomfort factor for the poor security officers by pretending to really enjoy it (or better yet, actually do enjoy it).

If you are a frequent enough flier to the west, you might never have to check your colon ever again. 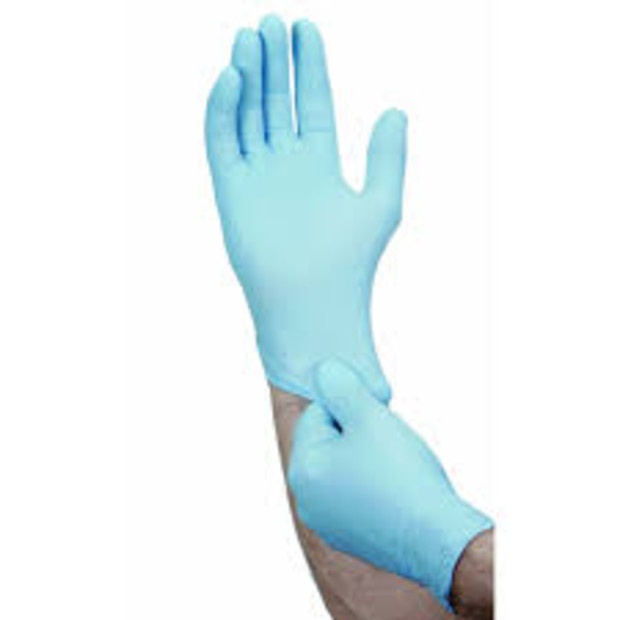 With little interaction with the internet, we didn’t realize we were the immoral bane of the industry. For us, hundreds of games at cheap prices was the norm for PS1 and PS2 games. I would argue that the dominance of the PS brand in the Arab world is hugely due to such piracy, but that is a topic for another day.

For myself, this allowed me the opportunity to dip my balls.. urm, I mean my toes in every genre I could find. And while half of the games I played didn’t work properly, and the other half simply sucked, it allowed me to become the highly varied gamer I am today.

It didn’t hurt that I had a job at a videogame store were my salary was three pirated video games a week and a coke a day. (I was 12, so bugger off)

What does an Arab look like? You probably don’t know. The media showcases us as turban wearing, darks skinned, bearded people, with a tendency to explode. While we do have some of those traits, we are actually much more varied than you would believe. I have been mistaken for a Greece, Italian, Spanish, Mexican, Latin, Balkan, and of course the usual Jew, Turk, or Iranian.

In the US, the ethnicity for Arabs is white. A US born friend of mine can only be described as black, which turns into all kinds of hilarious situations at the passport checkpoints, especially if the passport officer is black.

If you have any interest in facial hair, you are probably jealous of Arabs. Adding to our amorphous quality, we can change the whole way we look by altering our facial hair. Except, anything we do is undone by midnight.

A friend of mine had a full beard by the 9th grade, and he was a year younger than the class. All the while people in the world struggle to grow a respectable moustache.

After 9/11, Sikhs were probably the most harassed population in the US. Due to their beards and turbans, they looked like the stereotypical Arab Muslims. Yet, they are neither Arab nor Muslims. As such, Sikhs serve as a natural decoy to Arabs who aim to do some mischief.

Who else could say they have an entire race of people being blamed for their shit.

The only disadvantage here is that if there is a Sikh with you while you are traveling, you will not get those free colonoscopies. 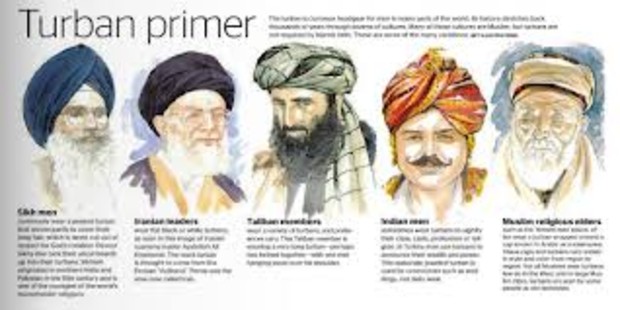 Just recently, we bypassed the Russians as the second most represented people in videogames after the US Americans. If you play videogames, you probably shot us in a number of games. In the past, we were often represented as merchants or simple desert people. Yet, recently, we are mostly bearded evil men with a tendency to explode.

Still, we have more representation than both women, blacks, and every other non-white demographic combined. Which means, we can always pretend to shoot our stupid neighbors while we play, even if they are sometimes Pakistani’s who should have no business speaking Arabic.

7- Having Great Online Makes you a Prince:

There is nothing worse than playing a multiplayer game through terrible lag. Streets in Saudi Arabia are more dangerous than Baghdad’s, so I know what I am talking about. With the internet in the Arab world being victim of despotic regimes, terrible infrastructure, and sharks, it means who ever has great internet is king.

In fact, having a somewhat great internet would be a lifesaver if you are in ISIS controlled territory. ISIS loves playing Call of Duty, and you would be favored by them if you have the internet to satisfy their needs. Provided you have a penis of course. 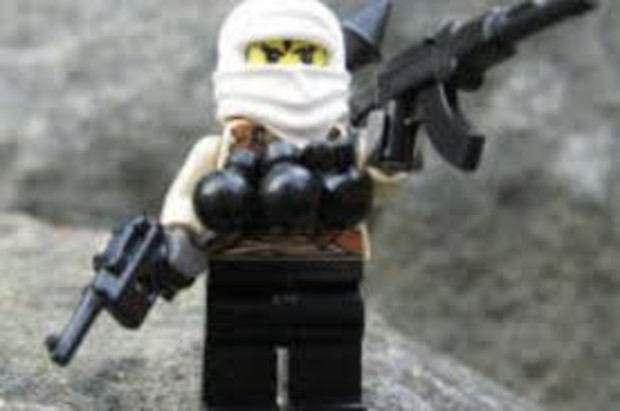 8- Being Far Removed from Gaming “Controversies”:

When you live in a region that might self-implode any day, where family members and friends in other countries live in constant danger, you get some perspective on life. Ridiculously tame gaming “controversies” only serve to annoy me. Anita whatshername may want to talk about gender equality; my mother and sister are actually fighting for it.

Some asshats in youtube think Nintendo is being too tough on their channels, I have to fight censorship everyday. In the Arab world, you are either the wrong kind of Arab, or the kind of Arab with the potential to be wrong. Great powers don’t give a fuck about us little guys.

In one way, the existence of gamin “controversies” is prime evidence of the US’s completely relaxed and secure state. While your media likes to frighten you about anything from Islamic terrorism to Ebola (which never became a credible threat to the US AT ALL), you are all actually blissfully safe yet constantly annoyed at stupid stuff.

So, dear US gamers, be grateful for your gamin “controversies”, they are proof that you can afford a little stupidity.

With cheap food, cloths, shelter, and of course cheap oil, we have more money to spend on important essentials such as games. Now that games are no longer pirated, and because we have poor second hand market and no internet trade, we need more money to buy our games.

Which is why having such cheap non-essentials is key. Back when I studied in the US, I actually had to look for deals and even buy from Amazon. Now, I can buy every game new and only worry about the time I have to actually play those games.

If you are the wrong kind of Arab (those with no oil) this doesn’t apply to you.

The western media likes to spin this as a negative practice. Yet, if you think about it, it actually greatly improves your gamin life. Getting married is a pain. First, dates are complex and expensive, and I am not talking about the ones we grow in the desert. Second, all the emotional nonsense just takes away from your time. As a result, getting married is just going to encroach on your gaming.

With arranged marriages, all the work is being done by your team of negotiators. Both for males and females, you are free to relax until you’re a team finds a suitable spouse. Even then, you just say yes while the A team, does all the marriage arrangements.

Best of all, with arranged marriages, it doesn’t matter that you’re a neck bearded basement dweller. As long as you have some means of making income, you are probably going to get married. 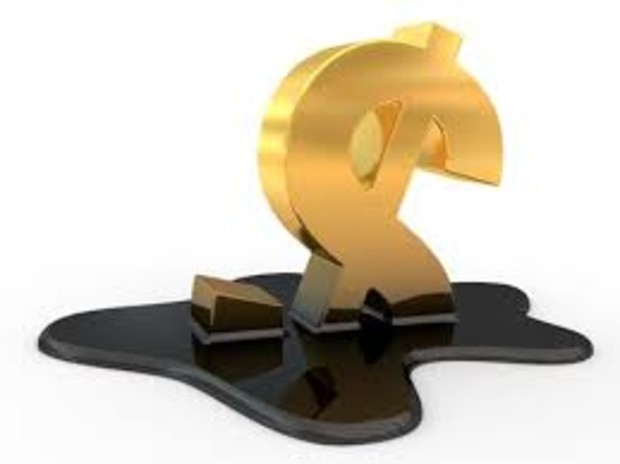 11- Having a Riot Every Time we see Arabic Being Used:

From a writing that uses Arabic like an English Alphabet (Arabic letter connect to each other), to voice acting that ranges from terribly inauthentic, to hilariously trollish. For example, some war cries in Call of Duty say: “Let’s go kiss the enemy”, others say: “Lets throw the pomegranate” instead of: “let’s throw the grenades”.

Regardless, nothing videogames did with Arabic compares to the multitude of Hollywood actors who had to say lines of dialogue in Arabic in hilariously broken way.

Let’s get real here, the fruits in the US are over engineered abominations with no smell and little flavor. Your mangoes taste like cucumber, and your watermelons like moldy plastic. Somewhere along the way, you traded taste and texture for size and color. The result being the flavorless plastic you sell as fruits.

True, there are exceptions, mainly with apples (which have their variants of oversized garbage) and strawberries. Yet, even your specialty in Oranges is being heavily beaten by what we have here. The sole exception being grapefruits, which the rest of the world forsook as neither deserving of grapes nor fruit in the name. Yet, you stubbornly preserve with it and pretend it is more than a way to suck your own face.

For me, ISIS harvested grapes from Syria, Army ripened Oranges from Egypts, and whomever has control of the mango fields at the moment in Yemen. These fruits, grown with hard work and love, and probably some blood and bullets, these are great tasting fruit. Just beware of the pomegranates, apparently some use them as grenades. 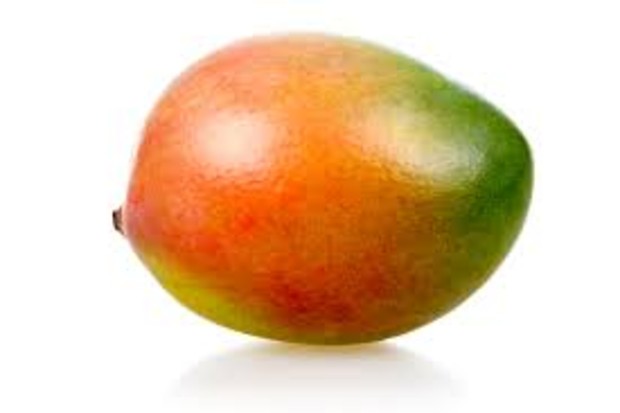