"While the SNES was a constant presence in my childhood, I never had a large collection of games for it. In fact, many of the games I played I still don't know the names of. It wasn't until I say the uproar over Breath of Fire 6 that I knew I played Breath of Fire 1 in the SNES.

I decided to go back and play those 100 games and review them. Well, as I looked closer at the list, I realized that there are many genres that did not age well from the SNES (racing, sports) and many other genres that I am simply not good at (shmups, arcade shooters) and others that I need other players to play against for an accurate representation (fighters). Also, I played many of the more well known games such as Final Fantasy and Super Metroid."

We finished with the legacy reviews, so we are beginning with the reviews after my hiatus. Please feel free to give me advise on my reviews, as I always look for improvement.


Also, here are a number of extra rules for Destructoid:
-If you have any suggestion of a game that is not in the IGN list that I should review, please suggest it.
-Make a bet on each game to check whether Chris Charter played it or not. 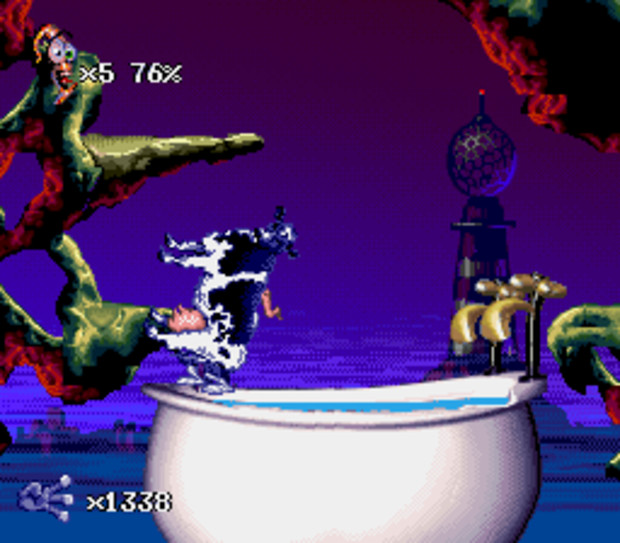 After dealing with all its shortcomings, and enjoying all its advantages, you suddenly find that the game ends. Just 10 levels or so, and with little reason to replay the game, the game ends. It took me two short session to finish the game, and while other people might do so in more (or even less), it still is a short game.

When compared with other games in the SNES, even platformers, we find EJ2 to be more similar to licensed platformers like The Lion King in length, rather than original platformer like Donkey Kong. Which is disappointing, because EJ2 is an original IP that showed more imagination than can be constrained in 10 levels or so. Perhaps opting to be short and sweet game instead of a long tedious one. Nonetheless, it just ends up as a overly short, so much that if this was back in 1995, I would not recommend that anyone buys the game at full price.

If you think that this game wears anything on its sleeve, you would be wrong. With everyone expecting the crazy humor of the first game, EJ2 could not surprise us with that. However, it managed to surprise us with its great soundtrack, and varied gampeplay.

Even though it still has its share of problems, length and mechanical shortcomings being at the forefront. The forgiving challenge, and its other charms do make for a good game. Just not for the full price of 1995.

"Tips"
1- Press Down to Carry things.
2- ISO 9000 Boss requires you to use the wardrobe in the left.
3- The triple gun is probably the best one.

While I said I will not review sport games, a gold game where Kirby is the ball is a must play. Surprisingly, at #38 Kirby's Dream Course is the highest rated Kirby game in the list. Here is hoping its not below Par.