With the massive success and revolutionary impact of Super Mario 64, it was natural for more 3D Platformers to be developed. Platforming was proven to work in a 3D environment. However, most of the early attempts at 3D Platformers outside of Nintendo's expert hands produced disastrous games such as Bubsy 3D.

One of the first successful attempts outside of Nintendo was Croc: Legend of the Gobbos, which was made by true 3D artists, which honestly shows. Yet, regardless of how good it still looks today, the gameplay design is simply lacking in many ways. 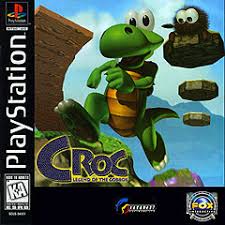 Raised by the titular Gobbos, Croc races to save them from the clutches of an evil goblin-looking evil something. In each world, he is tasked with finding the little-cute Gobbos as he gets closer to the end of the game.

The story, or at least what little of it you can piece together, is simply told through several cutesy cut-scenes that show Croc interacting with several elements in the game.

When analyzed in historical context, Croc is an anomaly to the 90s school of mascot design. It lacks the "edginess" of characters such as Sonic, Gex, Crash, and Spyro. Indeed, it has more in common with Nintendo's creations and wouldn't look out of place in the world of Banjo and Kazooie. 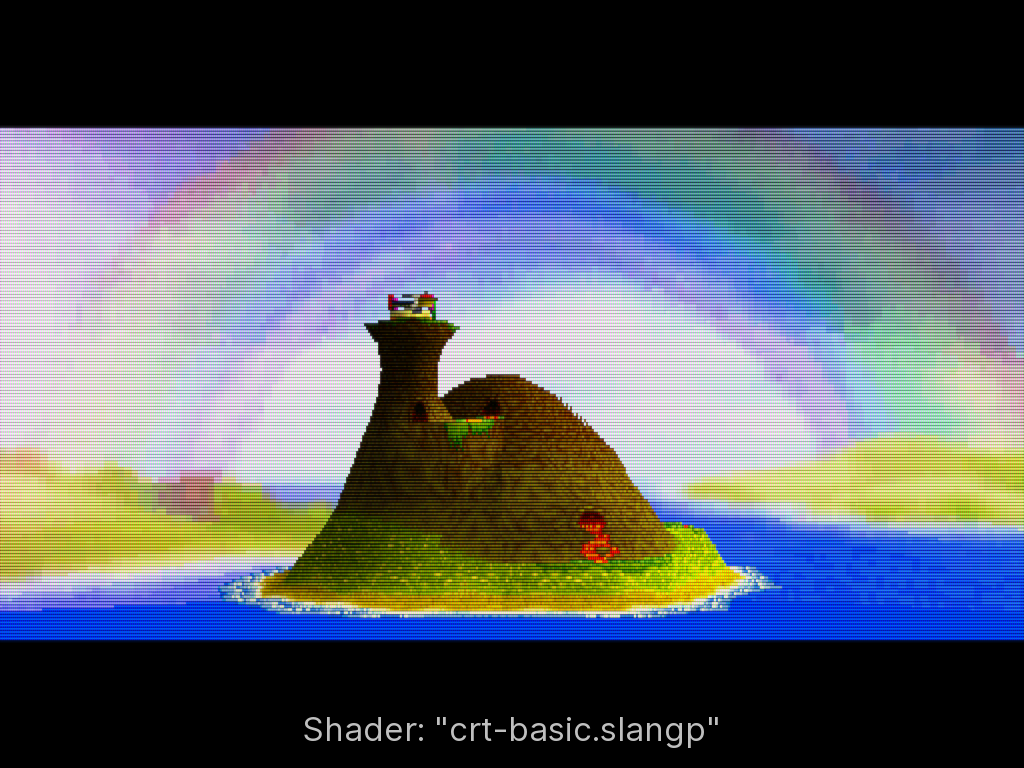 This is the Gobbos Island

Argonaut Software attempts to translate Croc's charming design into its gameplay world and attempts to craft a character for the game through several cut-scenes. While this doesn't necessarily work with flying colors, the world does have a consistent visual feeling that is absent from other 2nd-tier mascot characters.

What doesn't hold up well at all is the actual gameplay design.

Simply put, this is a very boring game. Levels are both short and uninteresting, and the platforming gameplay lacks the necessary polish to be continuously engaging.

First, let's direct the main movement flaws from which all of the game's weaknesses stem from. Due to the limited camera control, Croc doesn't turn-well at all, having to use a 180 turn button instead. What this causes is some significantly imprecise platforming. This, coupled with the fact that the game uses the Sonic health system means that the safest way to play the game is to advance slowly and carefully. 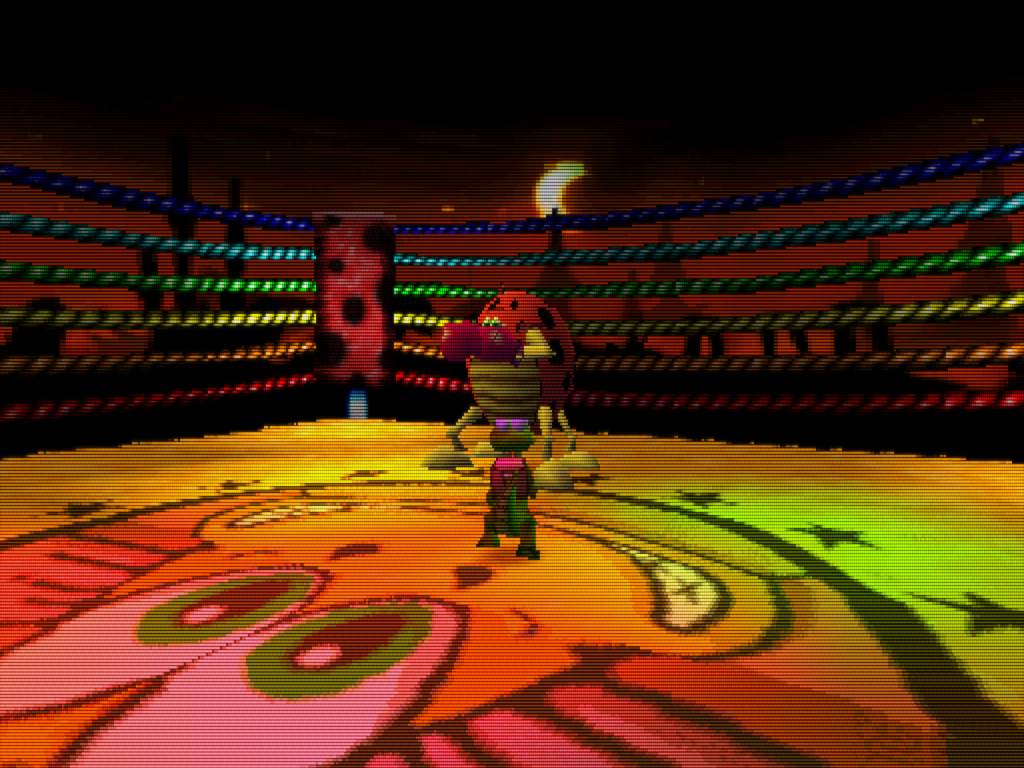 At that point, the second issue of having no interesting levels creeps up. All levels in a world look and almost play exactly the same. There isn't a single memorable feature in any single level I played. Adding the extra collection requirements of colored-gems and rescuing the Gobbos only make things worse.

Finally, controlling Croc himself is a pain. His main offensive weapon is an offensively short tail-spin, while his secondary attack is a Yoshi-like ground pound. Just adding a jump-stomp ability to the mix would have made things much smoother, because now all enemies could hit your invisible hit-box with near impunity as you attempt to tail-spin them.

The worst offenders are bosses, which feel and play lie an afterthought with little to no care in their design.

As I said earlier, this game was crafted by some true masters of early 3D graphics. The world still pops with color, and 2D assets are smartly mixed-up to create something that is both pleasant to look at and also is visually consistent.

In fact, the game still looks good today and is much better looking than early PS1 3D games such as Gex 2. The same can be said regarding the few animations and special effects that I observed.

However, due to the limited number of worlds, there is little visual variety between levels, which helps blend the whole thing into one boring soup. 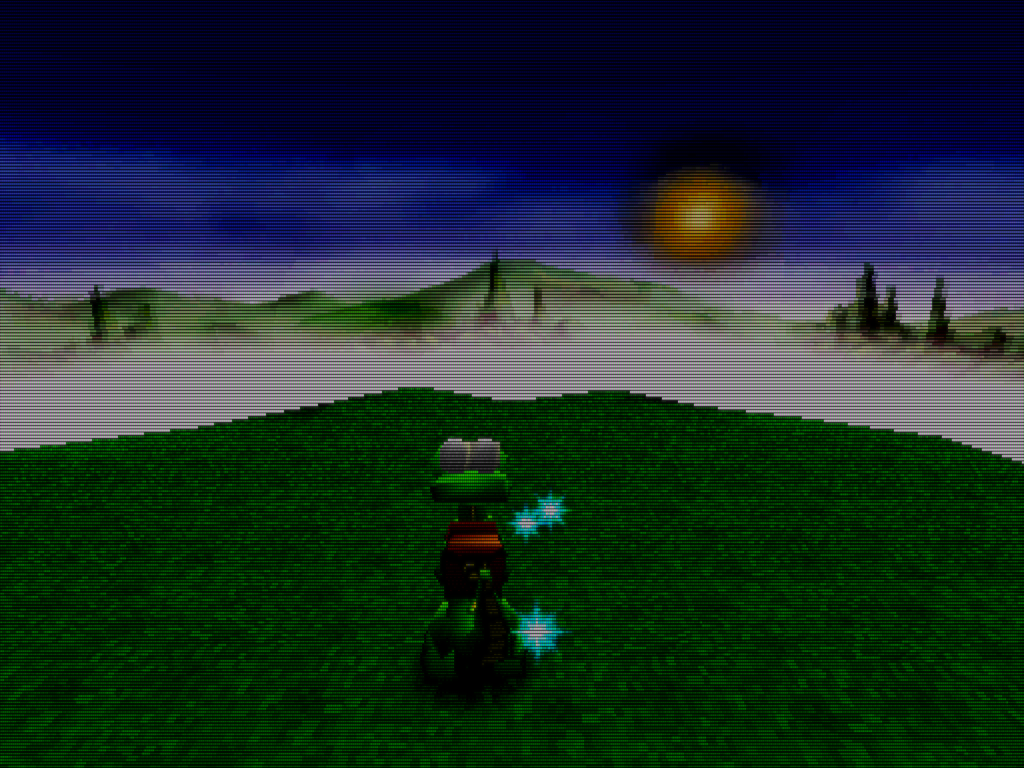 Ironically, despite the music is quite good, the limited number of tracks just help propagate that same feeling. Seriously, there is some really good music with some soothing piano and jazzy tunes, but it repeats so often that I got easily bored with it.

Thankfully, the game's many sound effects were never too grating or annoying, and some were actually charmingly cute.

Despite my complaints regarding the game, there is no denying its importance as a genre pioneer. Yet, while games like Super Mario 64 and Crash are still remembered, and at still fun even in their original form, games like Croc are not.

That's because the game is lacking something at a design level that was hidden at the time due to its dazzling visuals. Yet, with the passing of time, the game's faults are much more apparent today.

1-Collect the five colored-gems in a level to unlock the end-of-level bonus room.
2-Some colored gems are hidden among the regular ones.
3-Collect all the Gobbos in all levels to unlock the true ending (I can't imagine why you would want to do that though). 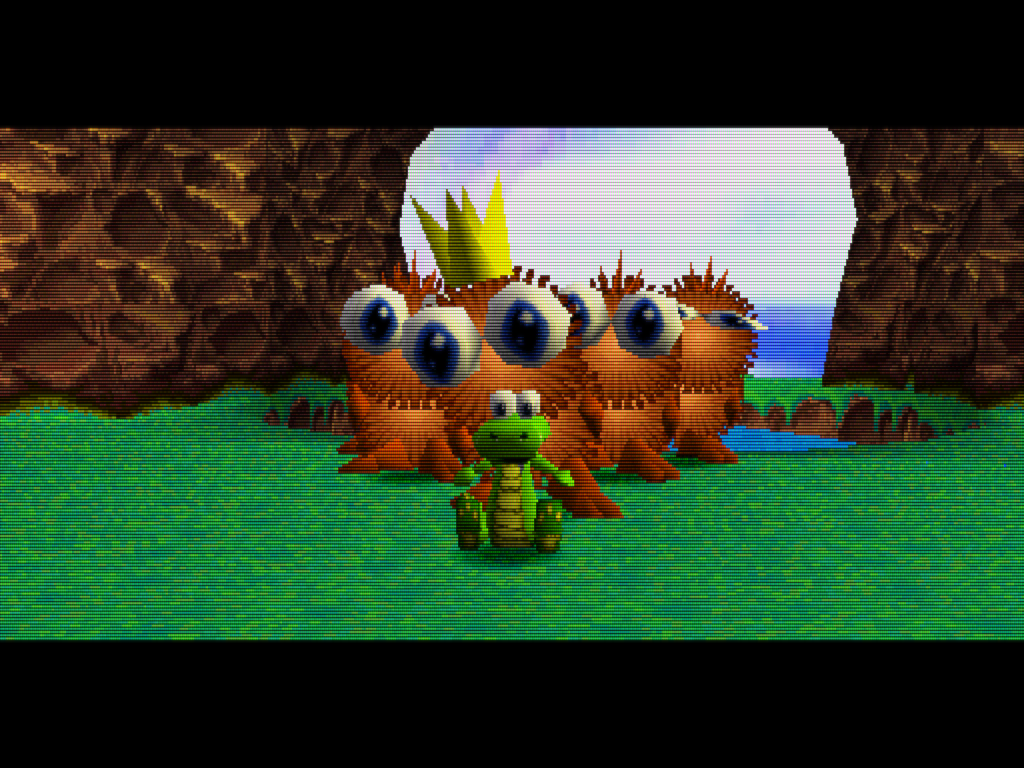 By the way, these are the Gobbos

I remember the pirated version of this game being marketed as a "Yoshi" platformer on the PS1, which fooled some gullible kids and parents in the day. I also remember playing it and never liking it enough to go past the first world. The best thing I can say about it is that it is at least not an obnoxious game like Bug!.

The next game on the list is Vanguard Bandits, a Tactical RPG that was published by Working Designs. Reportedly, this is one of the PS1 hidden gems. Let's see how true that is.