Fuck the Fucking Gyroscope: How Over-Design can Ruin a Fucking Game

It’s never strange to see features of a Nintendo console being implemented in Nintendo games, especially non-core franchises. As such, we expect Mario & Luigi games to feature whatever “gimmick” the console they are on offer. The Gameboy games did not have anything “gimmicky” in account of their platform. However, when the DS came in with its touch screen, the game had to offers some token touch control. Now, the 3DS has both a touchscreen, and the gyroscope. So, why not add in some “motion” control as well.

To put something straight, I am not an opponent of either touch controls, or gyro motion. I in fact enjoyed both Legend of Zelda games, and I find a motion controlled Katamari-game to be blissfully fun. Both games started from the ground up designed for their respective control schemes. The balance in the games took account of the lack of precession non-button controls usually bring to the table.

Hence, when a game introduces such control schemes haphazardly, without any care to the balancing of said control schemes, we have Dream Team. Besides the token motion and touch controls in the background and some special moves, the game heavily uses them in the “giant” boss battles. Actually, scratch that, the game EXCLUSIVELY uses touch and motion controls in some boss battles. 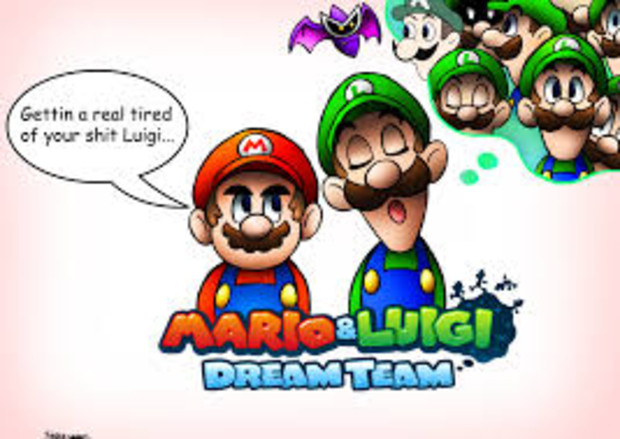 These battles, which are mandatory, pop up with a new control scheme, one that the player could not have any outside training in, and demand immediate mastery. Most of those who played Dream Team would scoff at those battles, declaring them easy and only mildly annoying. Which is true when you are playing the default difficulty. However, in hard mode, these battles suddenly show cracks in the game’s design.

First, we have the obvious problem of introducing a secondary control scheme in a freaking boss battle. There is no training for said scheme outside of each boss’s battle, because each boss has their own unique counters. Second, the controls are simply not accurate enough. When playing hard mode, each boss can basically kill you in 4 attacks. Here is where the shit seriously hit the fan.

Being “giant” battles an all, these skirmishes are designed with spectacle in mind rather than any semblance of balance. You, the player, counters and evades attack after attack from these bosses before getting a chance of dishing out miniscule amounts of damage. Then the cycle repeats again. Clearly, the design team meant for the player to take a number of hits in these battles before coming out in top. In normal mode, this is perfectly possible considering the low damage bosses dish out, but in hard mode anything less than perfect response form the player would possibly lead to a loss.

Why a loss, because no matter how good you are at swiping the screen, the 3DS’s gyro is not dependable to use in a boss battle, especially when the console is held sideways. You will lose control over the gyroscope, and the game will punish you for it. 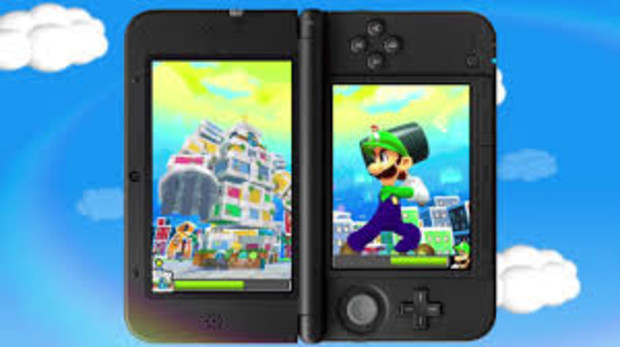 As an SNES gamer, I am used to games punching me in the face. The boss kills me, ok, time to restart and fight again. Eventually, you memorize the battle enough that it becomes easy. Not in Dream Team it won’t. Because each battle is preceded by a lengthy unescapable cutscenes, and because the battles are basically glorified quick-time events, the tedium dissolves any learning process in your brain.

I am not one to ever quit a game, and never was someone who would let one aspect of a game color his entire opinion on it. However, I am very tempted to throw this bloody cartridge out of a the fucking window, and by god, any fond memory I had of the time spent on Dream is colored red by my rage at these boss battles.

In effect, these are classical mistakes associated with Nintendo consoles. A blind insistence in using the newest control scheme, leading to an over-abundance of half-baked gaming ideas (early DS library, Wii waggle-thon games), in turn leading to gamers forever dooming the control scheme, which leads to some bias towards games that actually do those controls justice (Canvas Curse, Skyward Sword, Red Steel 2, Second Screen Inventories).

Mario and Luigi Dream Team is not a bad game. It does have its pluses, and the core battles are still fun. Yet, inside of it, there is an awful game that poisons the whole experience. In Normal mode, the game is too easy for me. In hard mode, the game is challenging and fun, but the “giant” boss battles go beyond fair, and are a pain.

Punch to punch, the battle is a tie with Bowser, but I know what he got, I am confident I could counter most of his moves. True, my health-bar is less than half full. But that was because I did not avoid that one attack which knocked over 70% of my HP. Still, I am still confident. Wait, the cowardly turtle ran away, no problem. Oh, what is this move, it looks like a new one. What, prepare for motion-control. No fucking way. Okay, I got this. Please don’t fail me now. Oh shit, what’s happening, move Luigi, move you fucking green bastard. MOVE. 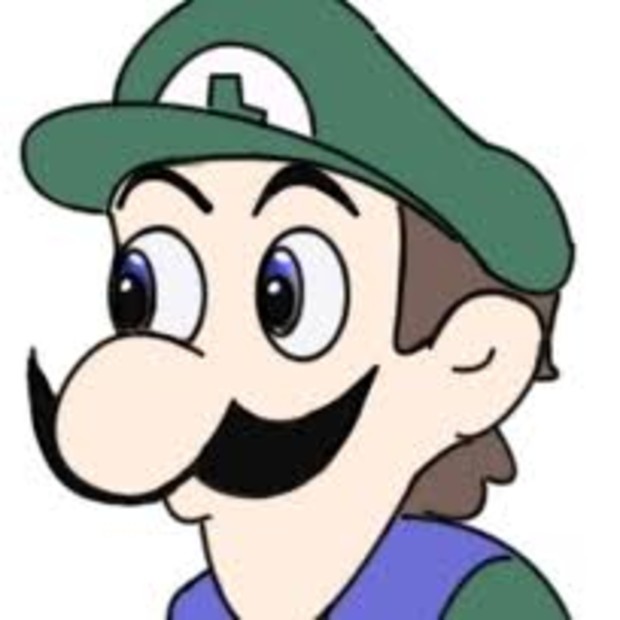