The Panzer Dragoon series is considered the most legendary and most technically impressive series on the Sega Saturn. Starting with the first game, which was just remade for modern consoles, I didn't get the appeal although I respect the technical artistry of the past. The first game simply didn't play well in addition to having a significantly aged graphical look.

Not having much hope for the supposedly superior sequel, I was then pleasantly surprised that it truly deserves its esteemed reputation. It outclasses the first game in every category, and it is still fun to play now. 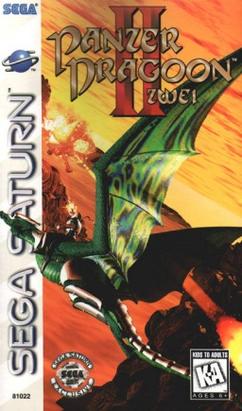 "People lived in terror of the living weapon created from gene construction. The weapon that humans created have cost them the power they once held"

Somehow, Team Andromeda didn't get the internal Sega memo directing against story segments in its score-attack games. It is obvious that that the team developed the small story segments of the game in conjunction with developing an entire history of the series.

While the story "told" in the actual game is straightforward and brief; a man rides his dragon to destroy the giant ship that destroyed his village. The story embedded in the world-building is intriguing and I am excited about what the team can do with it.

The world design reminds me of older anime movies like Nausicaa of the Valley of Winds, and the director obviously appreciates the world that the crafted. Unlike the non-stop action of the first game or other Saturn action titles, Panzer Dragoon II takes the time to stop and allow you to appreciate the world-design. 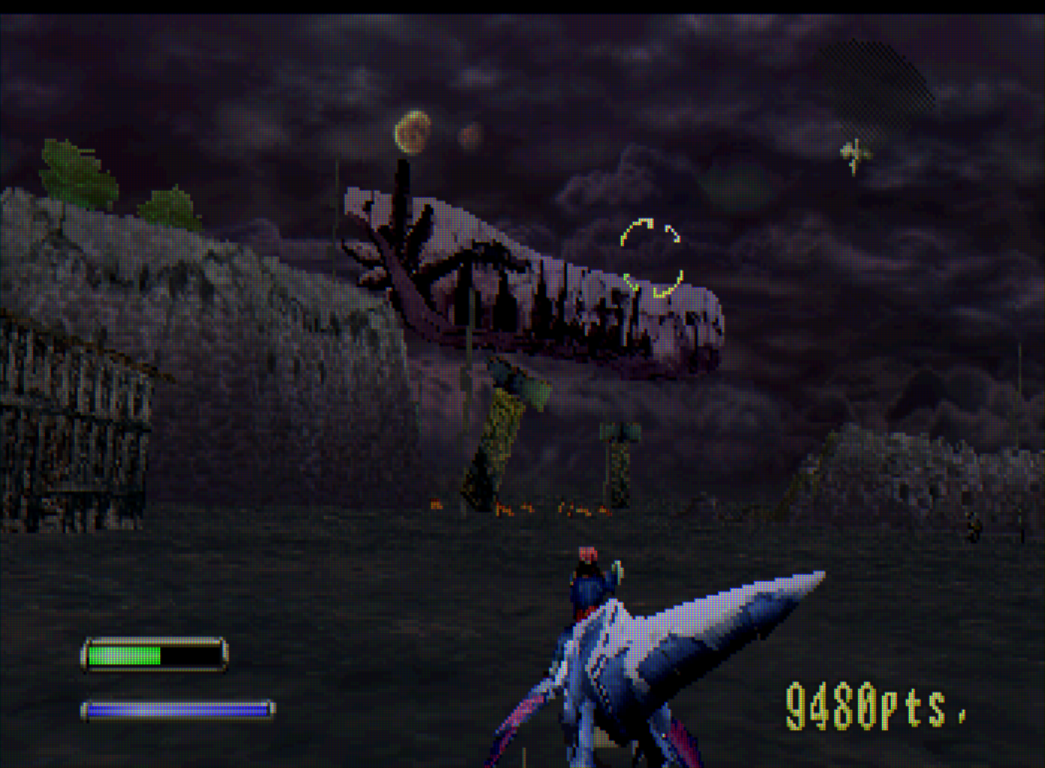 We are not in earth, and that's some imposing ship

There is a skill in advancing narrative without the need to say many words, showing shots of the ancient ship in the distance, or the snarl of a competing dragon, are both effective at providing space for your imagination to fill in the details.

The first two Panzer Dragoon games are Rail Shooters in a similar mold to the Star Fox games. You control a dragon and his rider as they fly through the air, shooting enemies through an on-screen cursor while the screen-moves on-rails.

One aspect that I saw very little in other Rail Shooters is the ability to turn the camera 360 degrees around the character. This allows you to shoot enemies incoming at the sides and from the back, adding an extra layer of control to the traditional Rai Shooters experience.

When I first played the first game, I was immediately worried regarding the Saturn controls, which do not have an analog stick. The cursor wasn't very accurate given the speed of the dragon and needing to switch perspectives suddenly threw my aim off. It wasn't a matter of difficulty, but a matter of actively fighting the controls. 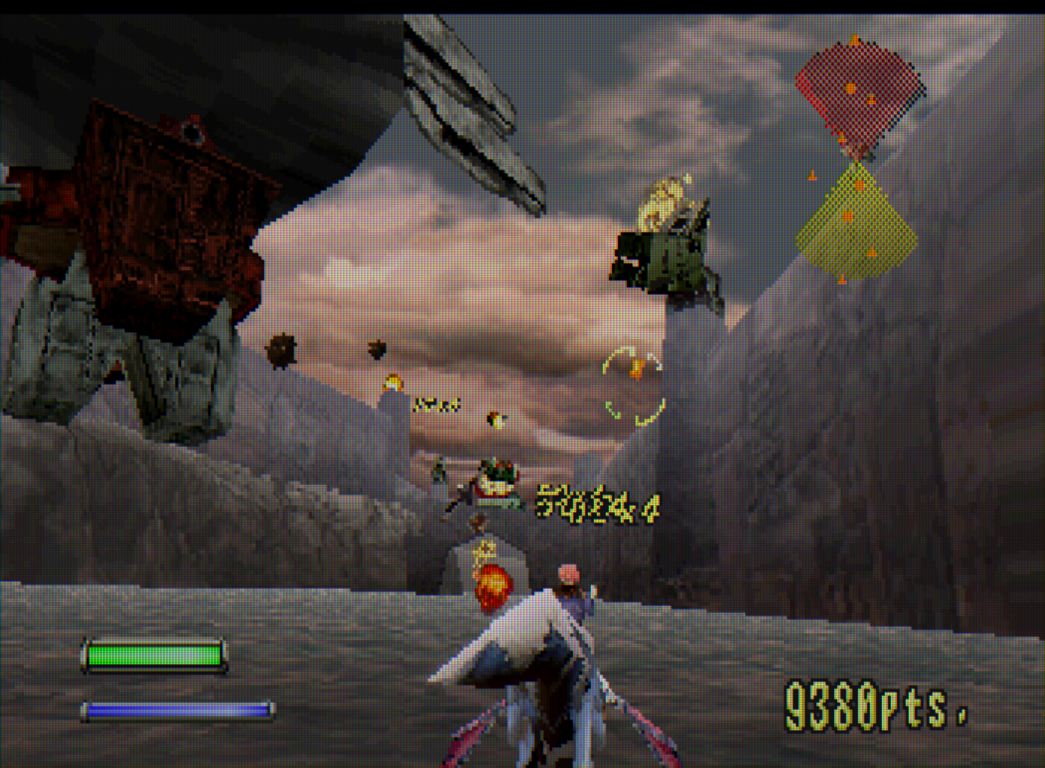 The controls are improved in the sequel, especially when shooting at the back or the sides

Thankfully, the experience is much improved in the sequel. Whatever programing the team did, the cursor moves smoothly and accurately, allowing more control of the shooting. Additionally, changing the camera now can be handled more efficiently as well, since your cursor allows you to move the "edge" of your view without having to push the shoulder buttons to change perspective. Also, the game expands the dragon's arsenal with a special move, in addition to his lock-on attack (which is very useful).

"I was horrified by the ancient power. But the real horror came afterward..."

Any criticism of the Panzer Dragoon remake would focus on its short length, which is a bigger problem now, but was still an issue back when these games were released. Similar to other score-attack games, this is a game built with repetition in mind.

Thankfully, the second game has a little more replay value than the first, with some different alternate routes in three of its six levels in addition to a dragon evolution mechanic that hides some of the best forms behind a skill barrier.

The short length does not jeopardize the excellent gameplay and levels that are already included, with six exciting stages each with their own style. Initially, your dragon doesn't fly much, and the first two stages are spent mostly on the ground. This works as a sort of tutorial phase because you have to worry less about movement. 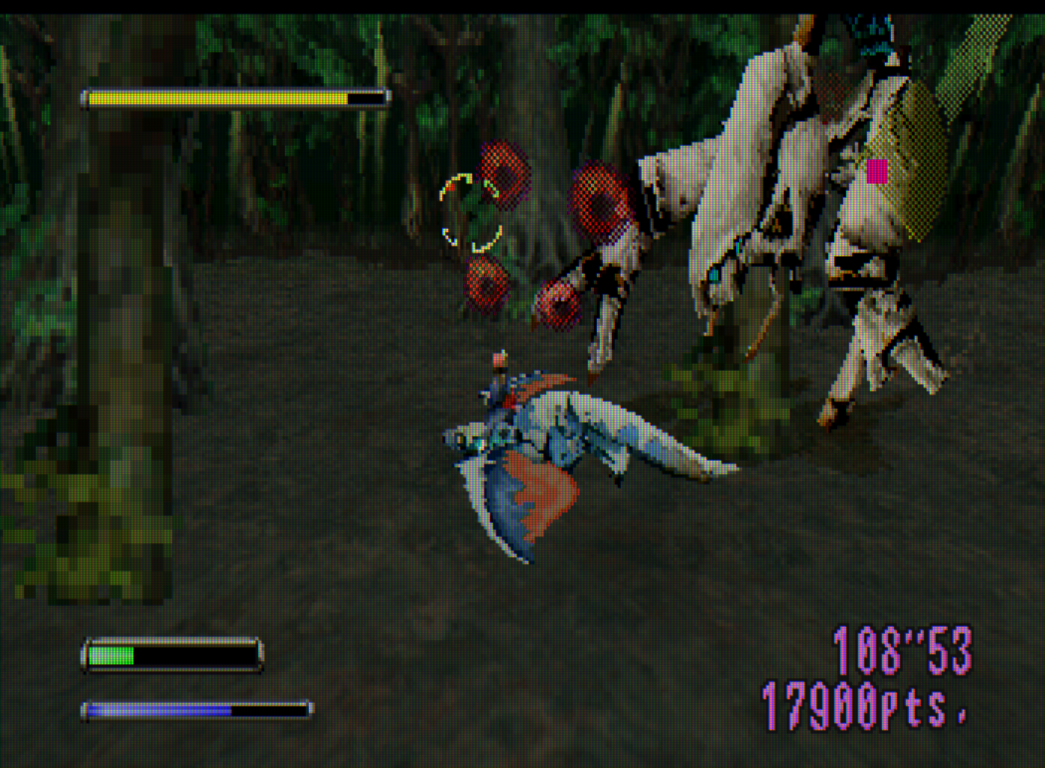 But bosses will stretch your evasion abilities

Once you go up the skies, the enemies become more complex, shooting harder to avoid patterns at you. Fighting moves from open fields to dense forest and even tight ancient corridors. Each level culminates with an exciting boss fight that tests the limits of your skill.

In spite of a slight difficulty spike in the final two levels, the game is entirely fair and manageable. Especially since you always have access to a radar showing you where the enemies are, and as such you should never be blindsided by any powerful attack.

It's not a controversial statement that it is likely that the most technically impressive graphics of the 5th generation consoles may still have aged badly. Simply, the 3D capabilities of that time did not stand the test of time.

That being said, there is no doubt that the graphics of Panzer Dragoon II are a technical marvel, not only pushing the Saturn to its limits, but also producing graphical effects that were impossible on the superior PS1.

Thankfully, the game didn't only rely on graphical prowess alone; it also had some excellent art direction which manages to salvage some of the game's visual splendor in spite of its aged graphics. 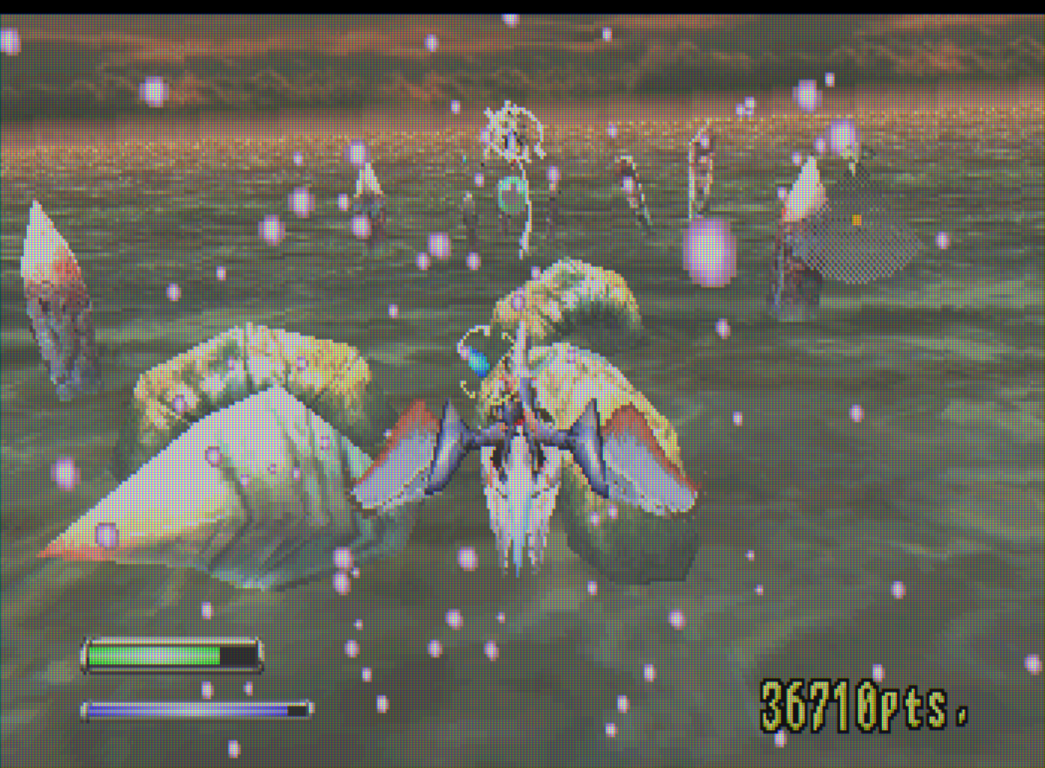 The game looks better in motion, but you can imagine what it can look like

The same cannot be said about the soundtrack, which doesn't need any salvaging or historical qualifiers, as it is simply wonderful and one of the Saturn's best.

I was initially worried that like the first game, a good soundtrack will be buried behind an avalanche of obnoxious sound effects. Thankfully, the balance is more to the side of the music this time, and what music is this.

With an excellent selection of complex and atmospheric tunes, the music is yet another layer to the intriguing world crafted by Team Andromeda. Even complaining about its short length would be disingenuous, as the soundtrack offers more tunes for six levels than any other game would, with music changing within the level itself.

From a historical perspective, it is obvious why Panzer Dragoon II Zwei is such a highly regarded Saturn title. It pushes the console to its limits while providing an exciting and fun game. Equally, I think it is one of the few Sega titles that insists on adding a narrative to accompany its action gameplay.

Beyond that perspective, the game still plays well today, and I am excited to see how the remake pans out. 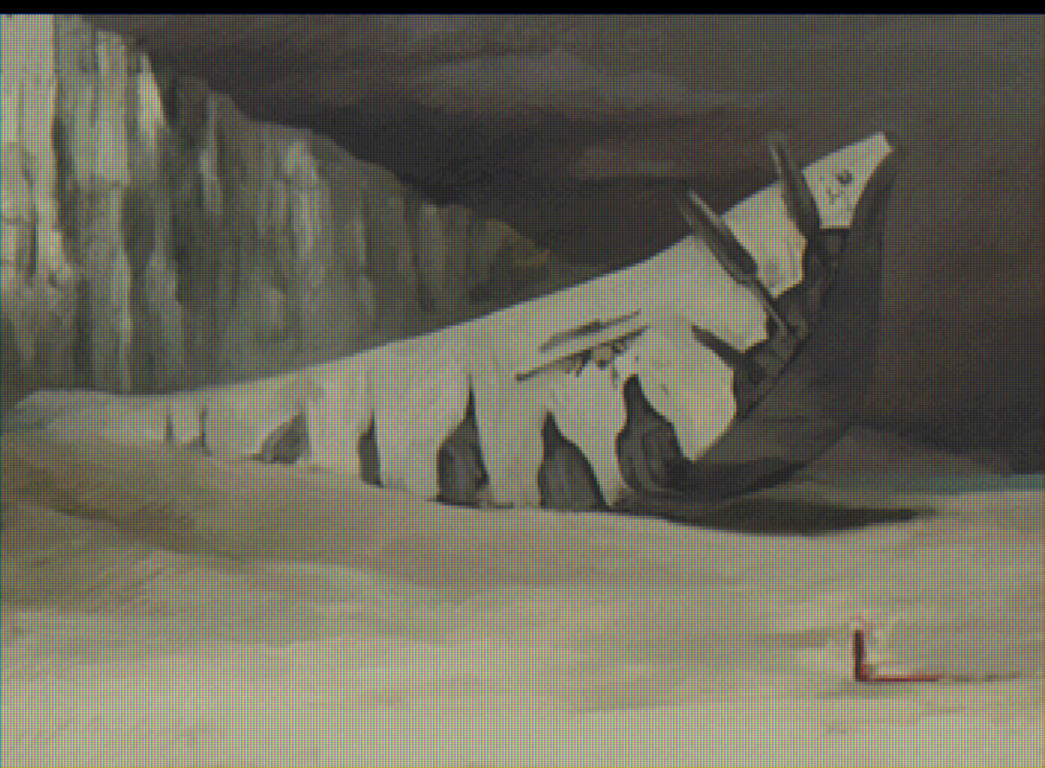 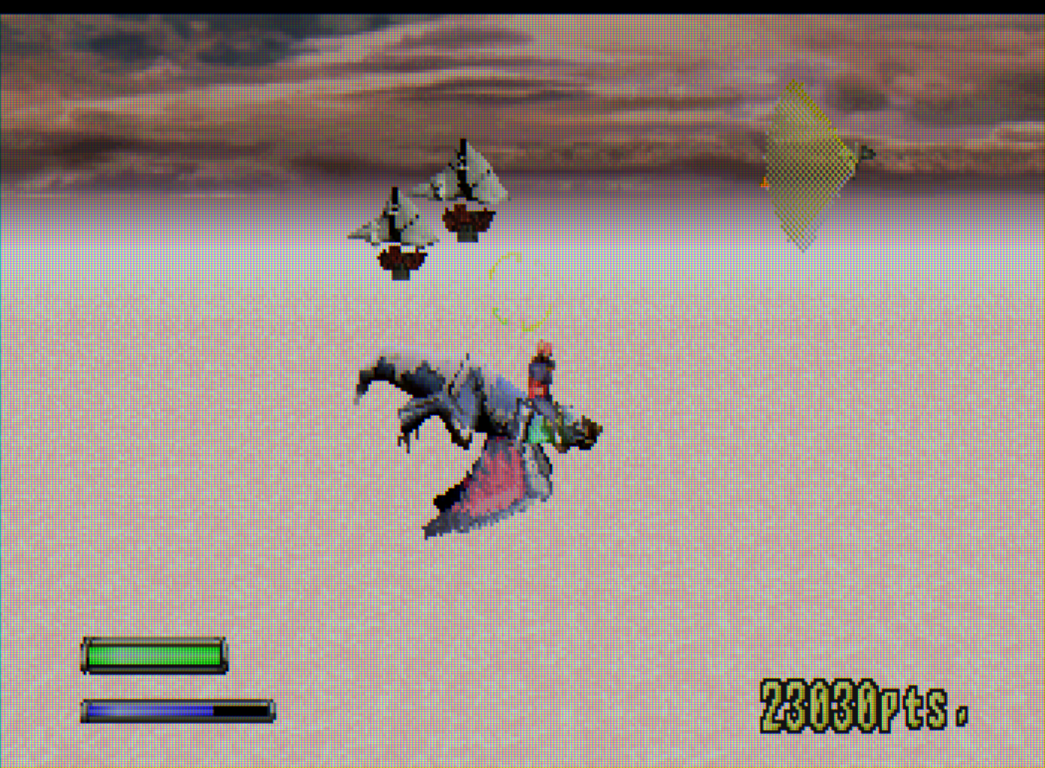 There is still some beauty in the game's art direction

1- Learn how to use your lock-on homing attacks.
2- To get the special dragons, you need to pick the more difficult routes and to score over 90% destruction rate in all levels.
3- Pay close attention to the radar.
4- When shooting at the sides, you cannot evade attacks, only attempt to destroy projectiles. 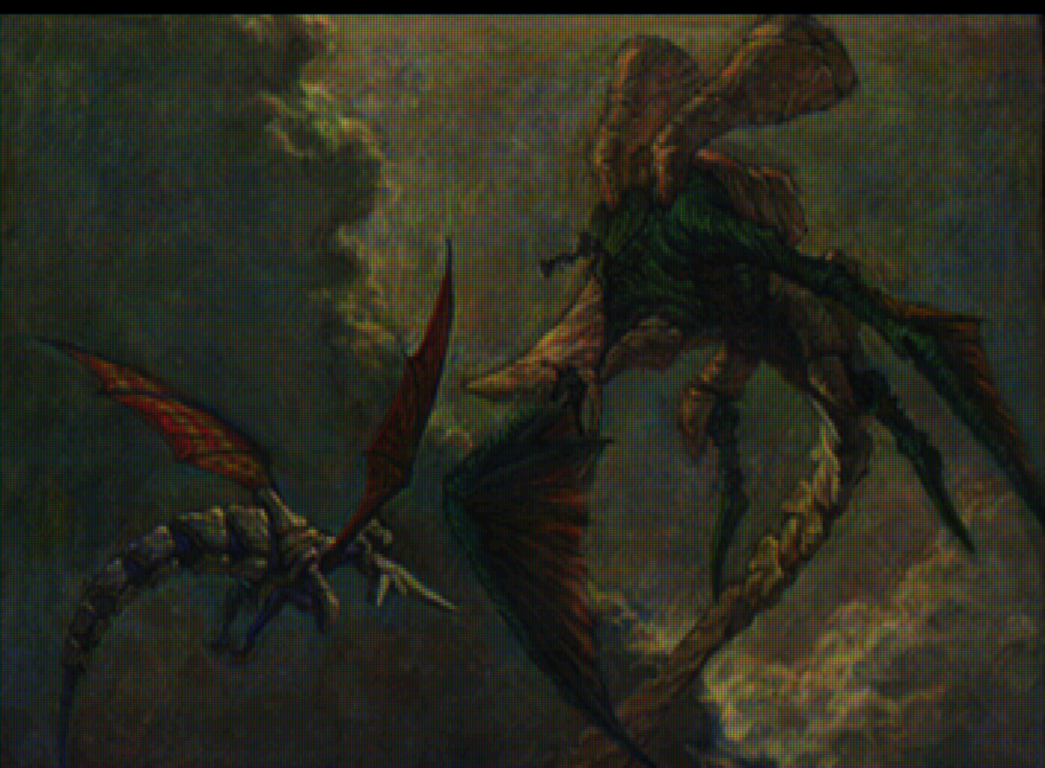 The ending illustrations in the first game were really good

When I first played the first Panzer Dragoon I was afraid that the second game would be another Saturn classic that I end up disliking. Thankfully, the game was fun to play and I imagine would have been gorgeous to look at back in the day.

Next, I am going to finish my final review for the Sega Saturn with Panzer Dragoon Saga, which is widely considered the best Saturn game and is placed at #1 in the Retro Sanctuary list. From what I played in the series, I do have high hopes for this one.

One thing to note is that I was supposed to play and review a game called Mr. Bones based on a community request. However, after spending some time with it, I have to admit that I am not interested in completing it at all. It is an interesting mishmash of genres, but I ultimately didn't dig the aesthetic or the gameplay.