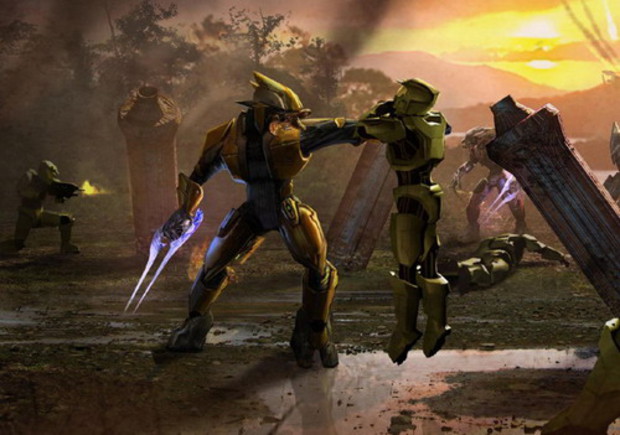 The best ending, in a pure video game sense, from what i've seen has been Halo Reach. Over the course of the game, there is the inevitable knowledge, that you're not going to make it out of here alive. From the first shot of the players helmet lying barren, alone, in a wasteland, to all your teamates getting gunned down one by one. It's clear this isn't a winning mission. Even as you complete your mission, and your last ally dies, and you have the chance to run and fight another day. You don't. You do your best to let your teamates escape. Once that is said and done, you alone with an army at your back.

Instead of some amazing looking cutscene. Instead of mountains of dialogue after the credits role. The game simply keeps the players in the boots of a spartan, and the words survive roll on screen and that it.I'ts so somber and depressing. It's so simple. It's a perfect example of infusing story with gameplay, and it works incredibly well. At this point, your adrenaline is at maximum overdrive. After securing a safe path for ally ships to esacape with a gigantic gun, your slapped into the sudden depressing realization, it's all over. It's this immediate change of dynamic, that makes the impact of "you're going to die" all the more meaningful, compared to any other regular mission before it. This blend of gameplay and story, rare, but when it works, it works brilliantly, and Halo Reach is a prime example of it working.

There are allot more awesome video game endings, movie endings, book endings. But some of these points I've picked out, Whether it's the build up from God of war, the subtle reveal and twists from mgs3, or the lead on to the next installment from Warcraft 3, all of them do what FFX did as I pointed out right at the start. They all have that hook. That 'something' that you remember them by. The event that you say to your friend "OMG, how crazy was it when You found out Eva was a spy! Remember how her gun was a Chinese model? Aw, should have seen it coming!". Or "Tidus, you knew he was a dream, but I was totally hanging on for something to happen where he could stay!". Those moments, those events, the ones that force you to subconsciously remember them over the years. That is what makes a truly great ending to a video game.

Now, I ask you, what makes a great ending in your opinion, and what are some prime examples?
#Community    #Rants
Login to vote this up!