12:27 PM on 06.02.2010 (server time)    0
100 hours in is a segment i'd like to start, and continue, where I re-review a game after i've put in a ton of time into it. This lends itself easily to online games, rpg's and fighting games, because those games usually demand that vast play time. These are reviews less of the game itself, but how it holds up after the investment of your precious minutes.

MAG, at least in the community i've immersed my self in has fallen into a split crowd. The first half is those that played it, liked it, however, quickly passed on it for battlefeild, or went back to mw2, or generally just played it for a bit, got their money's worth, and moved on rather quickly. The other group is those that have stuck around for the long haul. Standard fair for most games, but MAG's crowd of those who have stayed are something special. There are the Hardcore teamplayers, the people with mics, actually coordinating assaults on bunkers or AAA or putting their squad in a proper defensive position, mixed in with the casual 'grunts' who just wanna play a solid fps. That mix generates a amazing community to be a part of, just like Socom, it sticks with you (maybe it's just me), and keeps you coming back. The game is so dam fun to play with friends, so dam fun to play with other like-minded squad leaders, and just still, after 100 hrs, just fun to play. 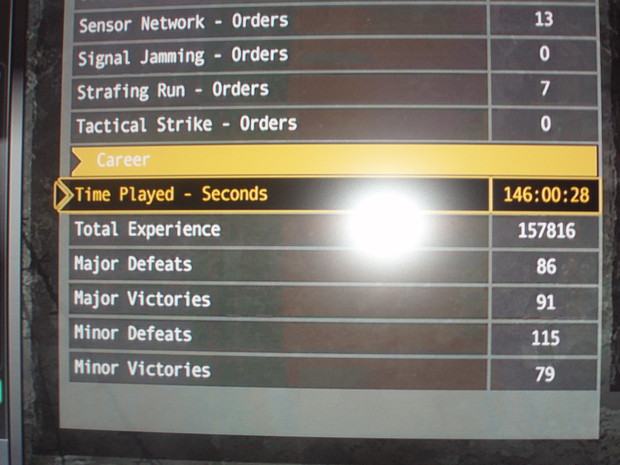 There is actually little I can say about MAG that put's it over other shooters. It's almost it's own genre of shooter, sitting by itself, but still, there isn't one thing that makes it better then all the rest. It doesn't have the polish of Halo, it doesn't have the fast pace, in your action awesomeness of mw2, its not eye candy like Killzone or Uncharted, It's not that pure visceral enjoyment of the Gears games. It's... it's just MAG, and maybe that's why it's so awesome. It doesn't kill it'self trying to be something it's not.

But is it worth those 100 hrs? does the game still draw ME in after all this time? It's hard to answer the former, but the later is a definitive yes. If you are to ask anyone who has stuck with it to this date, the answer is a clear definitive yes. But it's the initial newbie hurdle, the lack of personality, and just all the little things wrong with the game, that in the end, might lead a player astray. But stick with the game, and you may find one of the best experiences online you've had in a while. I could write pages and pages and still have more to write about MAG, there is just so much to it, and it nails that big overall picture. However, to invest that large amount of time into a game is always going to have to be a choice. Some of the best games I've ever played I've only played for 10 or 20 hours.(God of war 3 comes to mind)