In April of 2008, a game was released on the DS called The World Ends With You. It was critically praised upon its release, but didn't do insane numbers like other games released by the same company, Square Enix. Most important to this story, I bought it and adored it. I was obsessed with the game for a long time. I played through it a few times to try and see everything the game had to offer, and when I finally put it down I felt confident that Square would make another one. After all, it's Square, their franchises always get multiple entries... right? Right!? 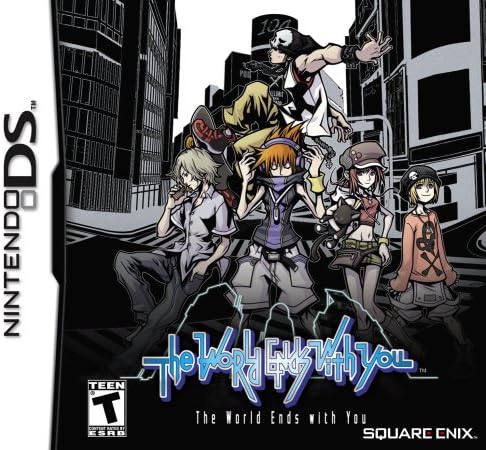 Four years later, we did get something new... a mobile port. Hooray! Just what I wanted, a way to play the game, but worse in every way when compared to the DS original. This version of the game though had a new character and hinted at more to come, and that was exciting. Were they setting up for a sequel? I wonder what it'll be like. Surely I won't have to wait that long!

Six years later, in 2018 we got The World Ends With You: Final Remix. Another port, this time for Switch. Also a port that plays worse than the DS original, but at least it looks and sounds a lot better. Once again, the exciting thing here was that there was a new scenario that once again teased more to come. How exciting. The problem was that the Switch port, as previously mentioned, wasn't very good. Playing with a joy con wasn't fun or acurate, and playing in handheld was a bit tiring. The poor reception for the game probably didn't help it sell all that well.

To me, this was TWEWY's last chance, and Squeenix messed it up by making the game control so poorly. I thought that this game was the final nail in the coffin for any hope of a new game. TWEWY was dead.

So imagine my surprise when Squeenix announced the sequel, NEO: The World Ends With You, late last year. I couldn't beleive it, a sequel that had been teased for almost a decade was actually happening. Somehow the team behind the games had convinced upper management at Squeenix to allow them to make the sequel that had been festering for so long. The series had been revived. I couldn't believe it. The theme for Band of Bloggers for the month of July this year is Revival.

There are so many game franchises out there that seem dead. F-Zero, Dead Space, Jak and Daxter, Legend of Dragoon, ect. Some of them might be dead because the developer went bankrupt and had to shut down, others simply because the publisher isn't interested in releasing a new game. Some of them we just haven't seen or heard a word about those games in so long that there doesn't seem to be any hope of them ever coming back.

My example with The World Ends With You wasn't even that bad, as Squeenix brought the game up often with remakes and cameos, so you might even say that it wasn't really dead. There are game series that have been waiting much longer for any kind of news, with almost no hope left.

There can always be hope though, recently a lot of game series have been revived, to the delight and shock of many fans. Pokemon Snap finally got a sequel more than two decades later earlier this year. Half-Life: Alyx recently released for VR, a game no one was expecting. At E3, Nintendo brought back Advance Wars with Advance Wars 1+2: Reboot Camp, something that no one saw coming.

What games are in need of a revival? Or, what games were successful revivals? Have you played any games that were a revival for a franchise? Well, write a blog about it this month and share it with us. Make sure to put "Band of Bloggers" or "BoB" in the title of your blog so we can see it. I look forward to seeing what revivals you hold dear.