I gotta get something personal off my chest(NVGR)

A few weeks ago a user asked me if I was depressed, if something was wrong due to my usual abrasiveness, I admit, I can be a bit harsh at times but that's just how I am, my folks raised me to be as brutally honest as possible, its gotten in my trouble and more than my fair share of smacks but I still do it, I'd be lying to myself if I didn't live my life like that.

But I can answer you now stranger, yes there is something wrong with me. 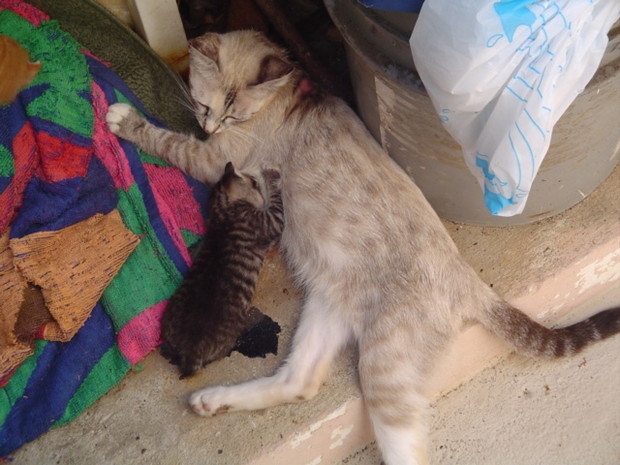 A few months ago, I noticed something odd with him, he was just acting strange, upon the vet visit we discovered he crystals in his bladder, they cleaned him out as it where and I thought that was that, he looked fine, about a month later everything sort off snowballed, apparently during the time I took him to the vet he was in so much pain that he bit the crap out of genital region, that led to other complications, suffice to say he was peeing in dribbles and developed an infection, he needed surgical intervention which he got but the damage was done.

He became quite lethargic and skinny, for a big heavy 12 pound cat like he was, that was quite the eye opener for me, after a lot of tries with different procedures he reached a point here where he couldn't pee again.

He was skinny as a rail, his fur was matted and coarse, if he popped it was black indicating severe dehydration, the solution to his woes was an extremely painful and invasive operation, in his condition, he had a low chance of surviving, I couldn't put him through that, he was in pain already, I just couldn't drop more pain on the little guy.

So I made the choice, I put him to sleep and I know I did the right choice but I've been violently depressing because of it, I sit here typing these words out, utterly sobbing for this animal that died in May and I just don't know what to do.

I've lost animals before but they where old or very sick, I could prepare myself mentally, this? It came out of nowhere, one day he was there, the next he was gone, I can still see him everywhere, in his favorite sleeping spots all over the house, his favorite food, everything, I half expect him to pop up on my window like he did every single night.

But he's gone and I accept that, but I'm finding it so hard to move on, I've been violently depressed about this for months, I haven't done anything, I don't leave the house much, I haven't been to a theater, I haven't traveled with my folks, I don't even play games that much which is one of my biggest passions, I just sit here, I'm fine most days but deep down I know I'm not right, this bothers me.

I just didn't want to lose him, not this soon anyway, he was just 6, that's barely middle age for a cat and so sudden, I would give so much to just to see him again, just one more day, even if I had to cut my life in half I would.

Maybe some people might find it silly but he meant the world to me and his loss is just ripping me to pieces.

I know its no excuse for some of my behavior here but its just some insight into my mind, into what's been happening with me.

This blog isn't just to mention that yes I have been a bit crazy these last few months, its also to just put this out there, I've spoken of his loss with friends and family but I've kept so much inside, this blog is to get some of that Babbage out there, in a public setting to people I know.

I feel like shit and I'm just looking to move on, hopefully I can actually start the healing now.

Thank you for reading and god bless, if you have a pet give it a big hug.
Login to vote this up!