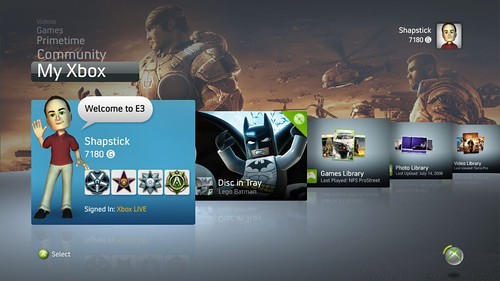 this is how your themes will look

I think the most exciting thing to come out from E3 this year, regarding the Xbox 360, was hands down the announcement of the Xbox Experience.

For those of you who don't know, the way you interact with the current dashboard will be overhauled into a brand new user interface. With the addition to redoing the interface, you will now be able to create avatars to personalize your identity on Xbox Live. The avatars will be used for various things and other stuff Nintendo wish they would have thought of. 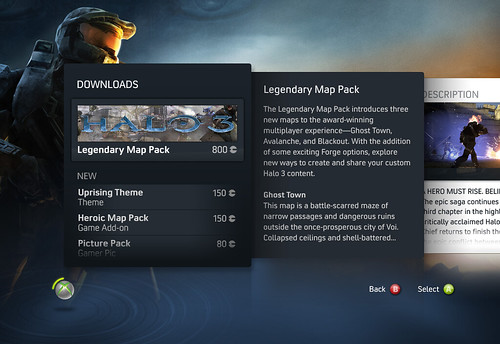 the marketplace was in need of a huge make over

While I could careless about the avatars, I think the new look of the dashboard is amazing. Yes, I said it, AMAZING! As most gamers, I love getting new stuff and this re-imagining is like getting a new piece of hardware. Not only will it clean up the bloated Marketplace, but it's going to give Xbox 360 users a new way to interface with their console. Granted it' will still serve the same purpose as it does now, but it will feel brand new and refreshing.

I like the fact that the avatars are there for people who want to use them and it seems like they won't be something that is mandatory. I do think it would be awesome if Microsoft could somehow give you accessories or clothing for your avatars for completing such things like, oh I don't know, getting achievements? I hope they implement a system that awards you stuff and not only points when you get achievement in games. It would actually give achievements a new meaning besides the large epeen that I throw of my shoulder from time to time. Imagine having a avatar who wields a Lancer from Gears of War 2. How awesome would that be? You are correct, only awesome if I could use the Lancer to cut other avatars in half. 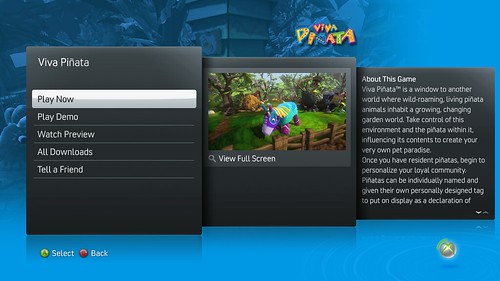 what it looks like when it's time to play a game

I have always looked forward to the 2 times a year when Microsoft adds more functionality to the dashboard and was disappointed when they foregone this Spring's update. Lucky for me, we are getting something bigger, better, and more exciting. I look forward with open arms to the new update and hope I'm not alone in my enthusiasm.

Don't fear the change, embrace it.

[Source of pictures thanks to Marjor Nelson]
#Community    #E3
Login to vote this up!