King Kaiser, the OG Magical Girl of the East Side, is here on the best gaming community on the internet. You're probably wondering, "who the hell is King Kaiser, and why do I wanna be him so bad?" I'll tell you why: King Kaiser plays the best games from every era. He has played such masterpieces as Metal Gear Solid 3, Super Mario Galaxy, Phoenix Wright: Ace Attorney, and many more. His favorite era of gaming is the PS2 era, since it is unquestionably the best and he is not at all blinded by childhood nostalgia. 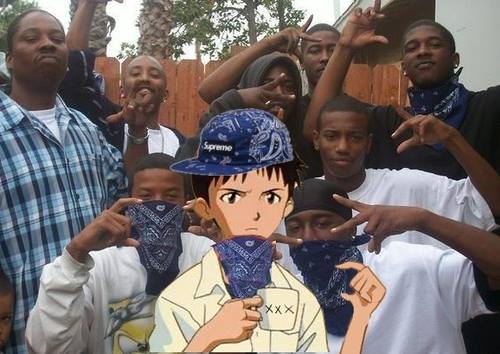 King Kaiser is undoubtedly a weeb of culture and taste. He watches stuff from all genres, but his favorites include such venerable series as Gundam, Love Live, and Cowboy Bebop, a Shinichirō Watanabe joint. Destructoid may not be about anime, but he posts about it anyway, because he knows it is better to ask for forgiveness than permission. King Kaiser is a man of of diverse interests, including music from every genre, sports from around the world, dope outfits, and sick memes. He currently studies history, and will one day teach the world about it using pop culture references.

Now you know a little bit about who King Kaiser is, but to understand him, you must follow him. Also, don't try to cross him, because he rolls with a tough crew. IDK why you're still reading, the bio's up there.