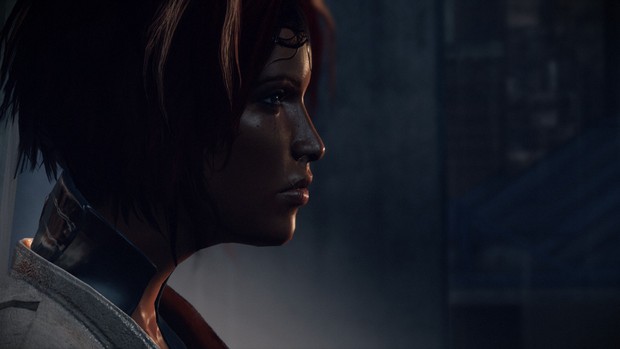 A funny thing occurred after I finished Remember Me recently; I didn't like the game. I couldn't come to terms with the sluggish combat and I was generally annoyed with how much exposition there was in the dialog. The game seemed to have it's head thoroughly up it's own ass (to quote Jim Sterling).

I was a little ticked off with seemingly having wasted my time. Even the conclusion to the game felt forced and out of left field, robbing me of a satisfactory closer. I took to the internet to see if people had any theories as to what happened and stumbled upon an interesting article.

On the website VenturedBeat, writer Leigh Harrison made the statement that, "Remember Me undermines it's story to be a video game." After skimming through his thoughts, I realized I felt the same way.

For starters, why is there a mad scientist type character that gets finished off half-way through the story? How come there are so many weird creatures that make no sense in a game that focuses on memory manipulation? Do people really mutate when they lose their minds?

I couldn't get over these basic details. It didn't help that most of the dialog was borderline satire, but delivered with such earnest feeling from the actors. To their credit, they aren't bad, just the writing is. At one point, an enemy taunts you with some big bad wolf bullshit and your character responds with, "This red riding hood has a basket full of kickass."

There isn't a hint of irony with her yelling that, either. You're just supposed to accept that she's a woman who can kick ass in a man's world. I don't take an issue with Nilin being a woman, just that we still can't have a game that doesn't bring attention the character's gender. 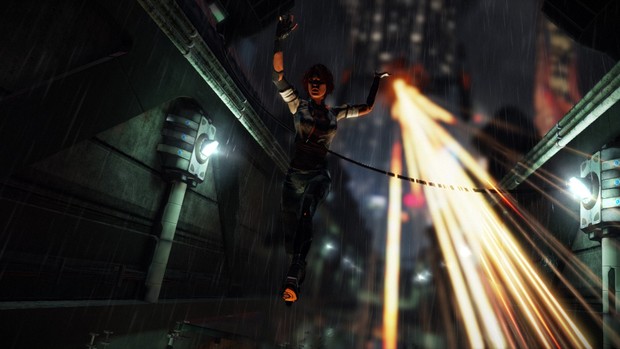 Another villain, who is basically captain mcguffin, approaches a locker room and proclaims, "Hello beautiful ladies! Time for your cavity searches!" Why does he utter that? I know he's supposed to be an utterly unlikable guy, but a line of dialog like that is basically written to make you hate him for disrespecting your character's gender.

It doesn't feel natural. It's a cheap way to garner hatred without describing the guy further. That the game then shifts into a fight scenes makes less sense, too. Nilin proceeds to take out a locker room full of guards because you're in a video game. We see her steal memories from a distance before, but I guess you just can't now.

The ending boss is also something I take issue with. I figured finding your target and remixing his memory would be enough, but you are then shoved down a pathway to shut down the mega-computer that runs the game's plot.

He asks you to shut him down and end his suffering. Upon reaching him, though, he suddenly wants to do battle. He then states, "If you do not kill me, I will destroy you." You literally just asked me to kill you and now there is a battle? The hell? 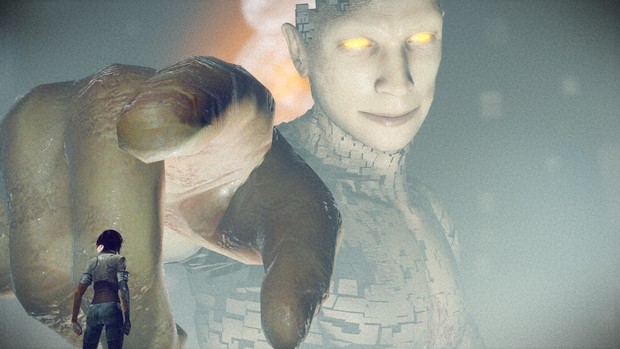 Without me, this game is only 7 hours long! THAT CANNOT BE!

After seeing that article, I began to wonder about other games I've played that left me feeling empty. A lot of times, there seems to be basic plot structure getting thrown out the window to facilitate an action set-piece.

I noticed this a lot with Ghost Recon: Future Soldier. I had never pieced it together as being contrived for the sake of gameplay, but that suddenly makes sense. The final mission has the Ghost Squad stating they can't be seen and must take caution, only for them to miss a shot for no reason, slide down a mountain and brandish their pistols for a running duel.

There was even a section far earlier in the game where the Ghosts retrieve a hostage and during transit, take out their pistols and slow-motion action scene their way out of the armed facility. Why not stealth your way out? How about using those automatics you packed?! 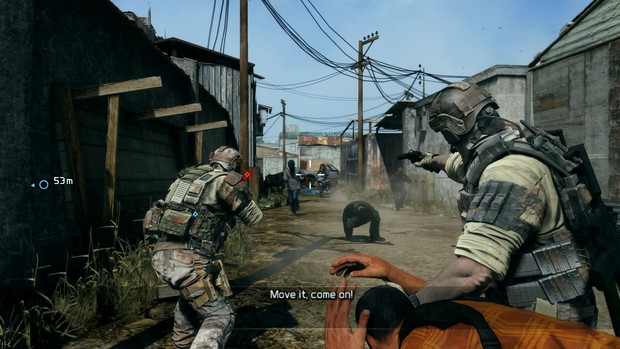 We have cloaking devices, but his is way more efficient!

As video games become a more "serious business", it seems developers are finding more ways to up the ante in regards to cinema. Since action movies basically have fight scenes every 15-20 minutes, a game must have that as well.

I truly believe Remember Me would have made a stellar movie. It has certain narrative choices that are beyond pointless, but it's insistence on delivering an action game environment reverses a lot of the good will it's story sets up.

Not only that, but the game basically never allows you any choice. You are compliant with the script and only change your understanding when the story says you can. It basically rips control from you when it should be empowering.

I also don't like how many references they make to the word "Remember." Then again, I did say I didn't like the game.