During a recent bout of inter-continental flight, I had to stay in the same seat with no chance of getting any sleep (thanks to a demon in the form of a little girl). Thankfully I had the on-flight entertainmanet to keep me sane. I watched 2001, which was 20 % of what I knew from pop-culture and 80% filler/loud noise/awesome effects. I then saw Lucy, which was cool but aggrovating. And finally I saw The man who knew infinity, which was a nice drama about math. But amongst these films I saw that the plane had videogames on offer, and I decided to try them on.

This was a mistake.

But then I realised I could potentially be the first one to review built-in airline games on Destructoid. Small victories and all that. So without further ado, let us review some airline games! 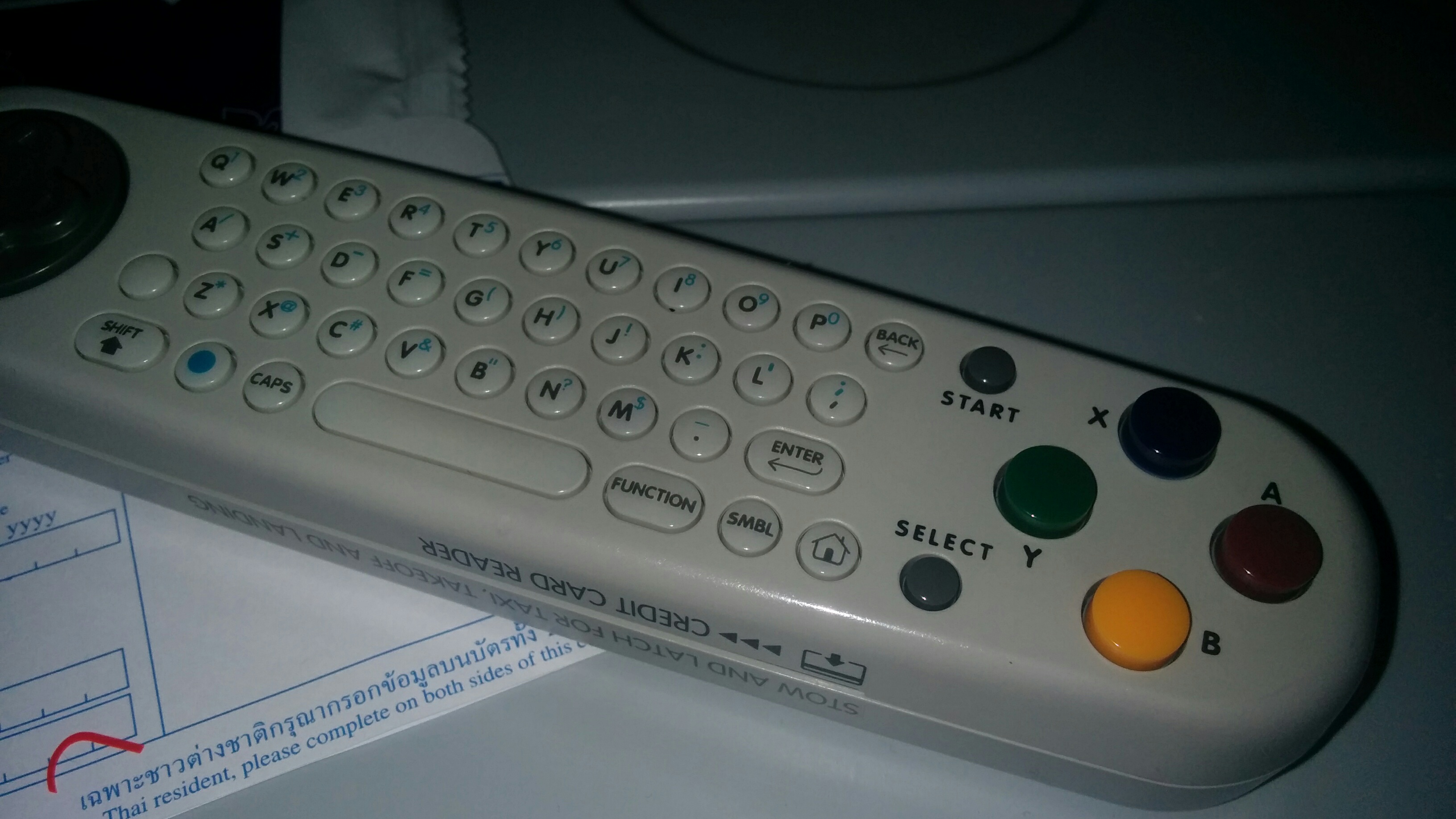 The first thing of note is the controller one uses to play these games. It's on a retractable cord and is actually the backside of the remote for the video screen. The eagle-eyed among you can see that it looks like an SNES controller that had trouble digesting a PS3 clip-on keyboard. It even has L & R buttons on the back. This led me to think for one golden moment that Nintendo had someting to do with it. I mean, it could have been the prototype for the NX for all I knew. But no, this game-system is some kind of bastard child of Flash and Android from what I could gather.

The games were divided into categories, as is standard. I looked at the action and arcade categories, let's start with action. 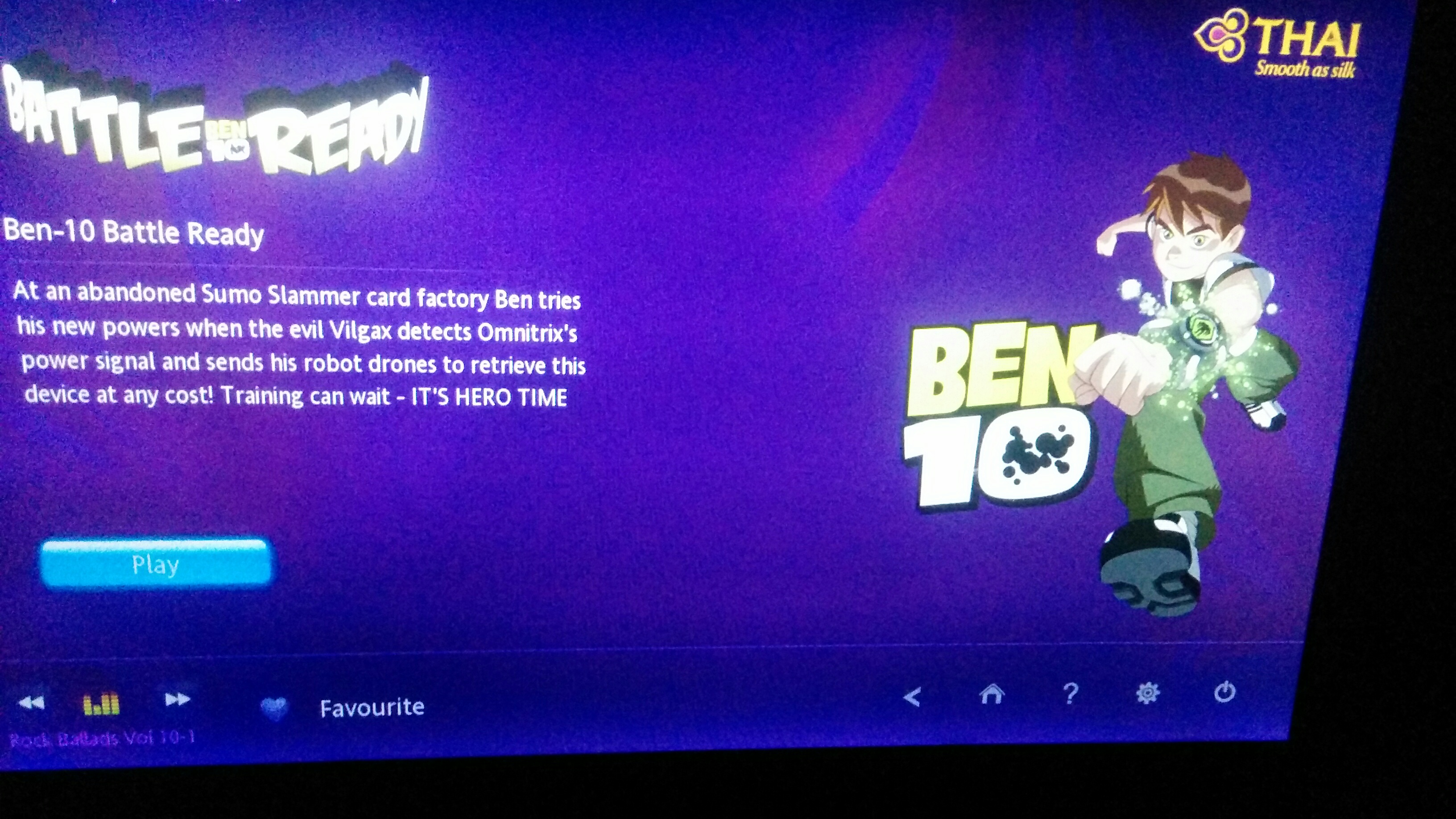 Oh boy! A Ben 10 game. I watched like twelve or so episodes of that show, I think. Let's see what excitement this totally legit, CN certified product brings. 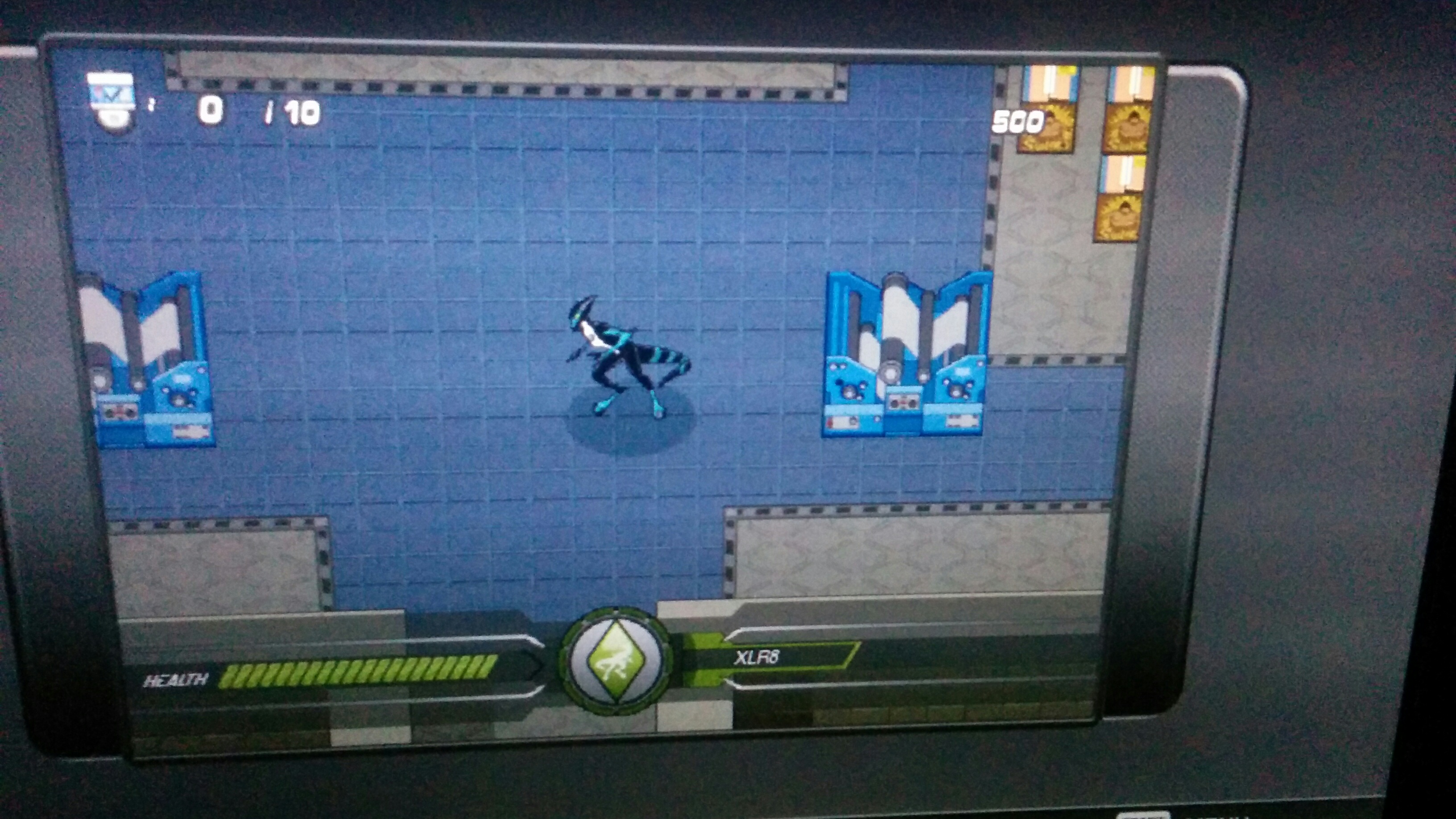 I know my brilliant photography is lessened by the quality of my phone camera, but the reality was not much better. The game ran at like 8 FPS and showed no hope of improving. The purpose of the game is to lead Ben in his many alien forms around a warehouse in search of a childrens trading card. Relatable as that motivation is, that's not why this game is remarkable. It took a few seconds, but I recalled that I had played this game before. Around 10-12 years ago on the Cartoon Network website in fact. Now I want you to imagine how a flash-game on the CN website managed to survive for a decade and made its way on to an airplane. I want to congratulate the programmer for creating a game with an un-ending desire to survive. A Skynet 0.1 maybe.

Minus- Runs like ass, the alien forms lack characterisation, cardboard does not interesting encounters make. 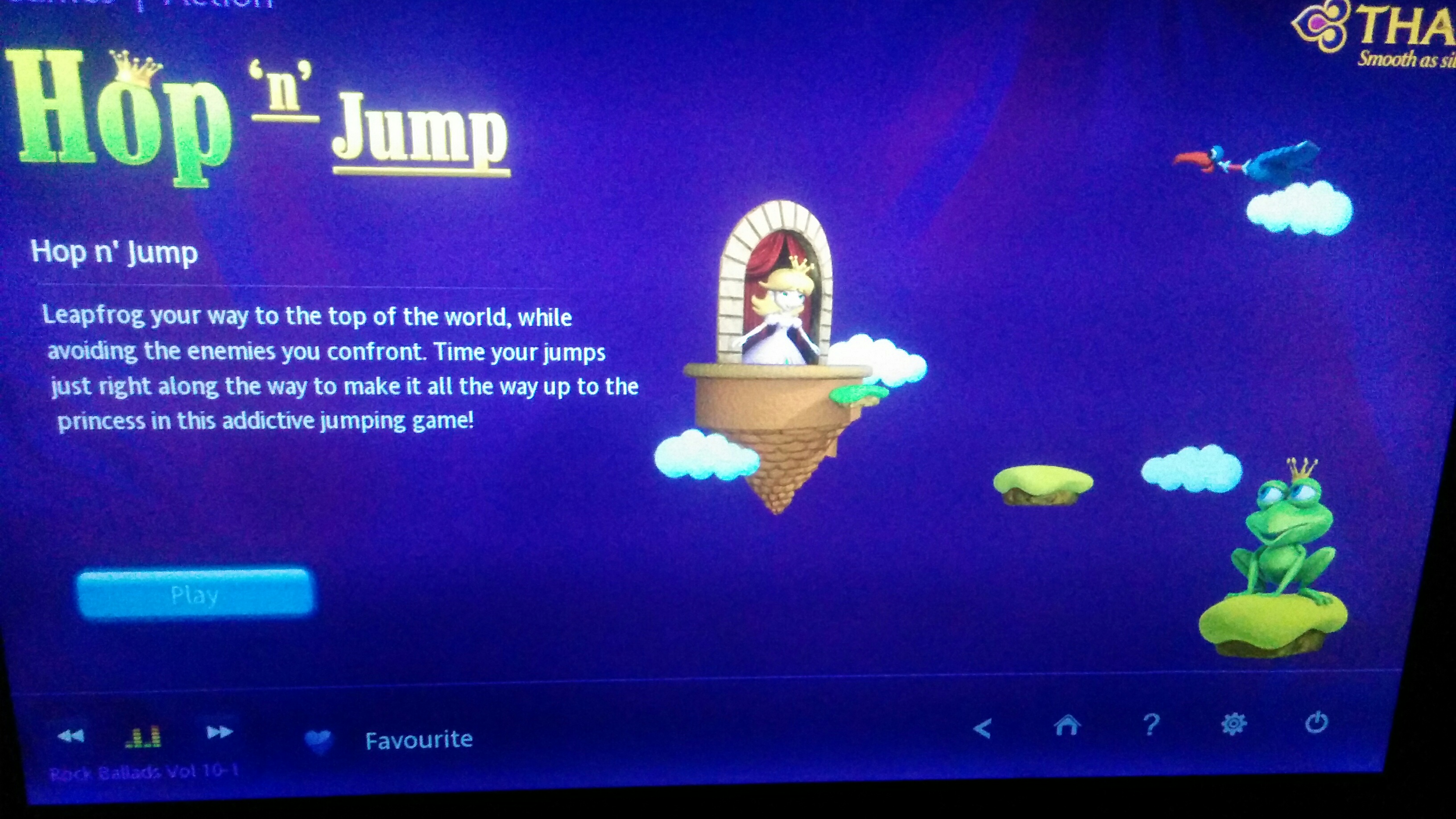 It seems like leapfrog is a verb now. I didn't know that. The English language sure is mutating at an alarming rate. Probably the work of Neo-Neo-Umbrella. Except for the addictive part this description is spot on. See how easy it is? All games should be this honest with themselves. 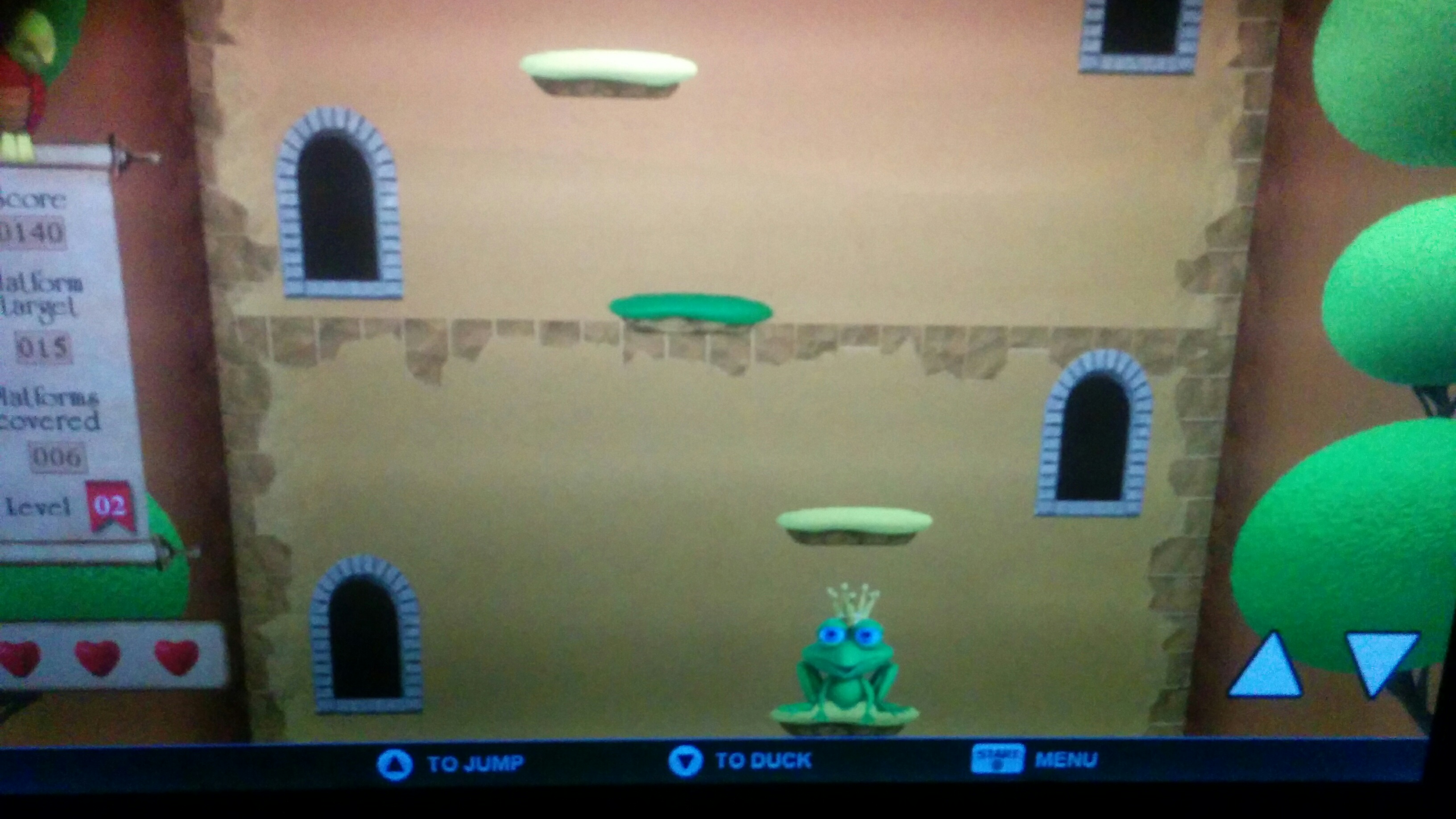 Going from Ben 10 to this makes me appreciate a decent framerate. The animation is rather decent, would probably pass through Steam Greenlight. But it is sadly a deeply casul experience. A normal tower-climb-jump-game (yes, that's a genre, look it up) let's you aim from left to right as you ascend. But this game is only interested in the timing of your jump, making it playable with an Atari 2600 controller.

Plus+ Has a framerate in the double digits, a nice metaphor for the dangers of chasing love, gave Frogger a new gig.

Minus- Platforms lose collision after one jump with nothing showcasing this change, losing a life happens too fast.

Final Score: 6/10 flies for Frogger to hunt when love fails him 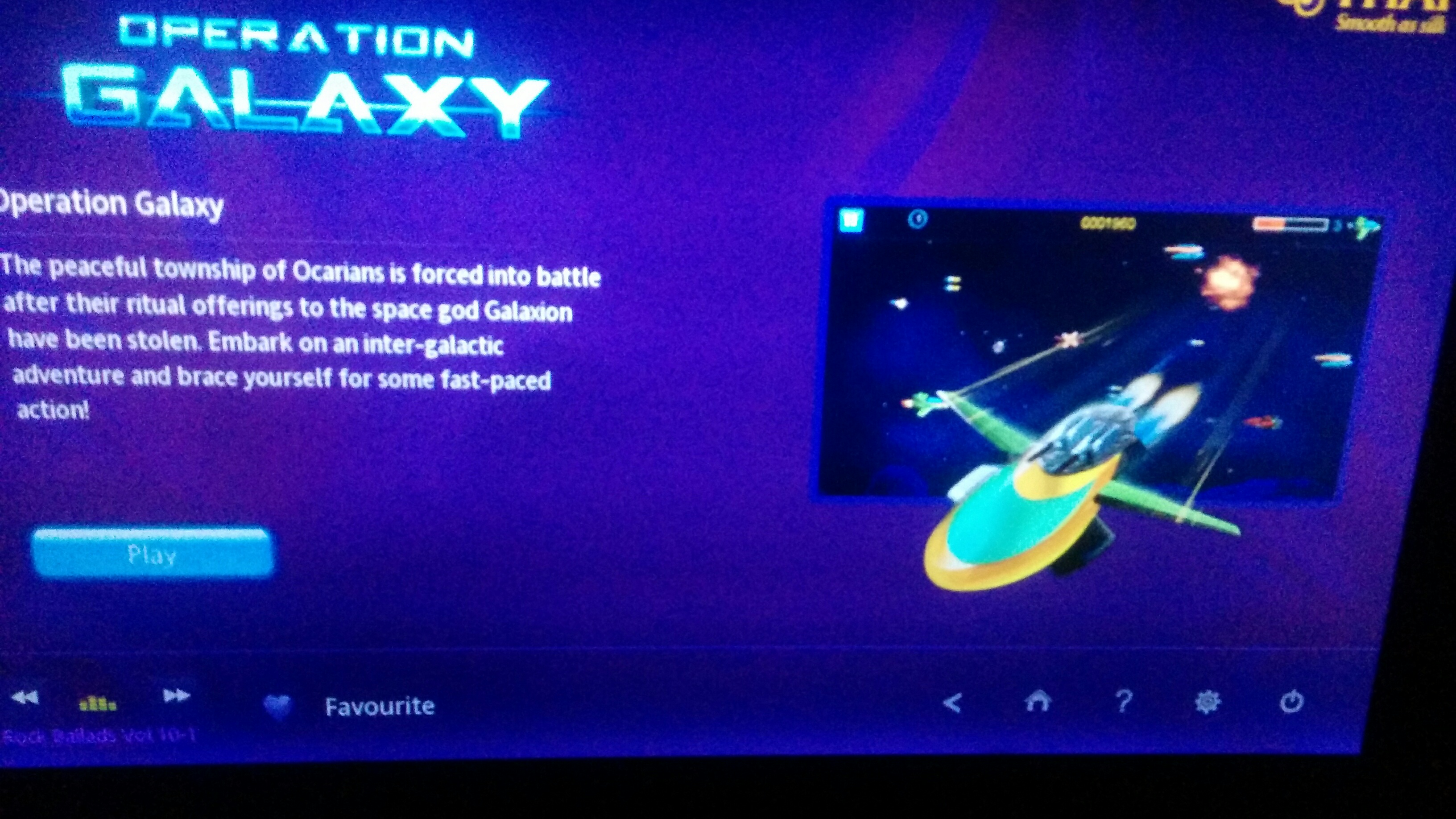 I didn't know that A Bug's Life had two licensed games. The one on the PSX is decent so I'm willing to give this a fair shake of the boot. I wonder how you praise a space-god. Is Galaxion like a normal god, only in space? Maybe there is some kind of special paperwork that a god has to sign in order to traverse space. 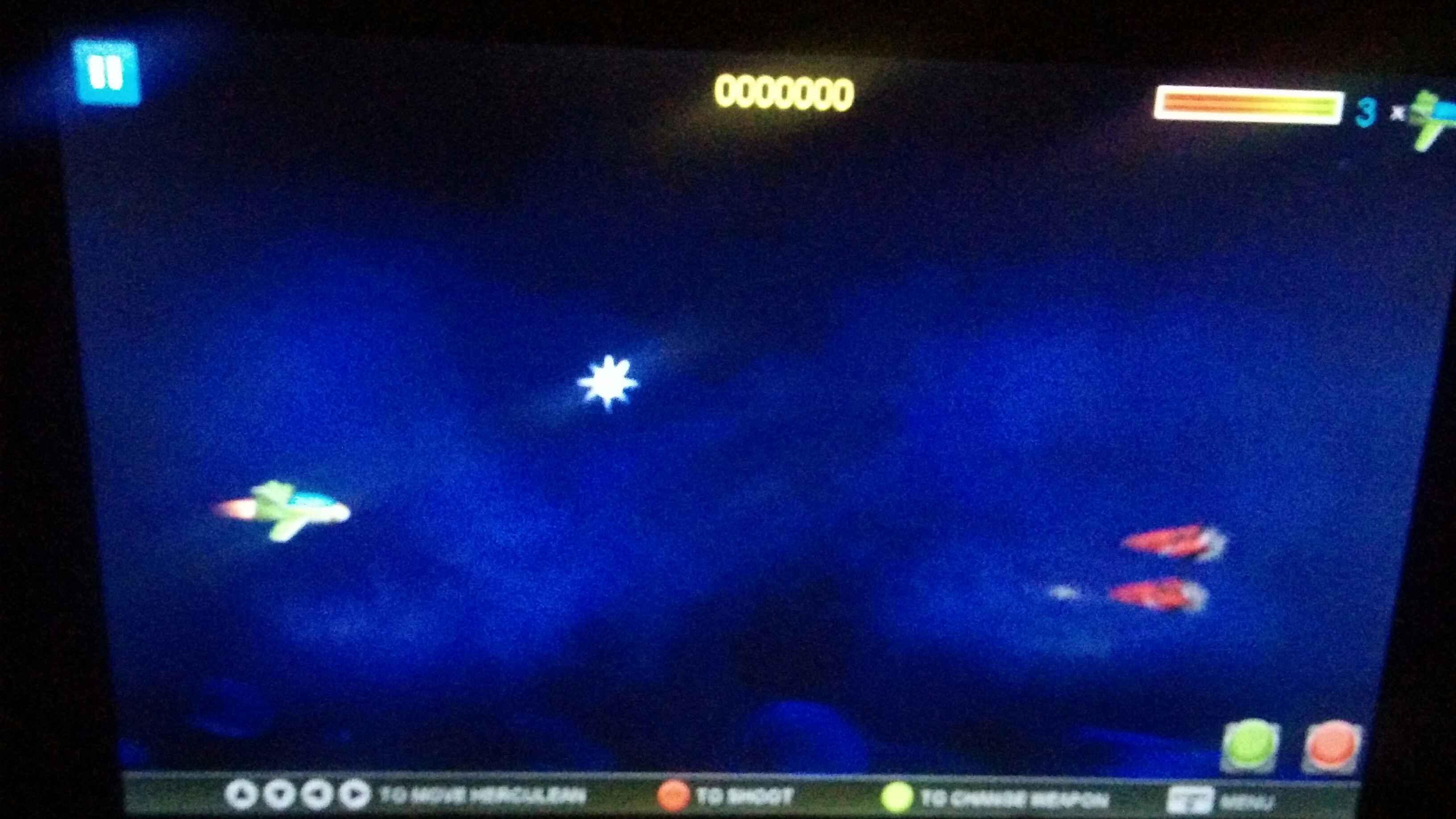 Seeing the title made me realise just how generic the name is. Was Operation Space taken? It's always taken. The game itself is a normal sideways-shooter with some decent controls. I think you can complete it on a pacifist run, because the enemies piss off after a while.

Plus+ Goes fast, Sonic would approve. It isn't asshole hard like Gradius V.

Minus- Enemies have too much health and the weapons are boring. 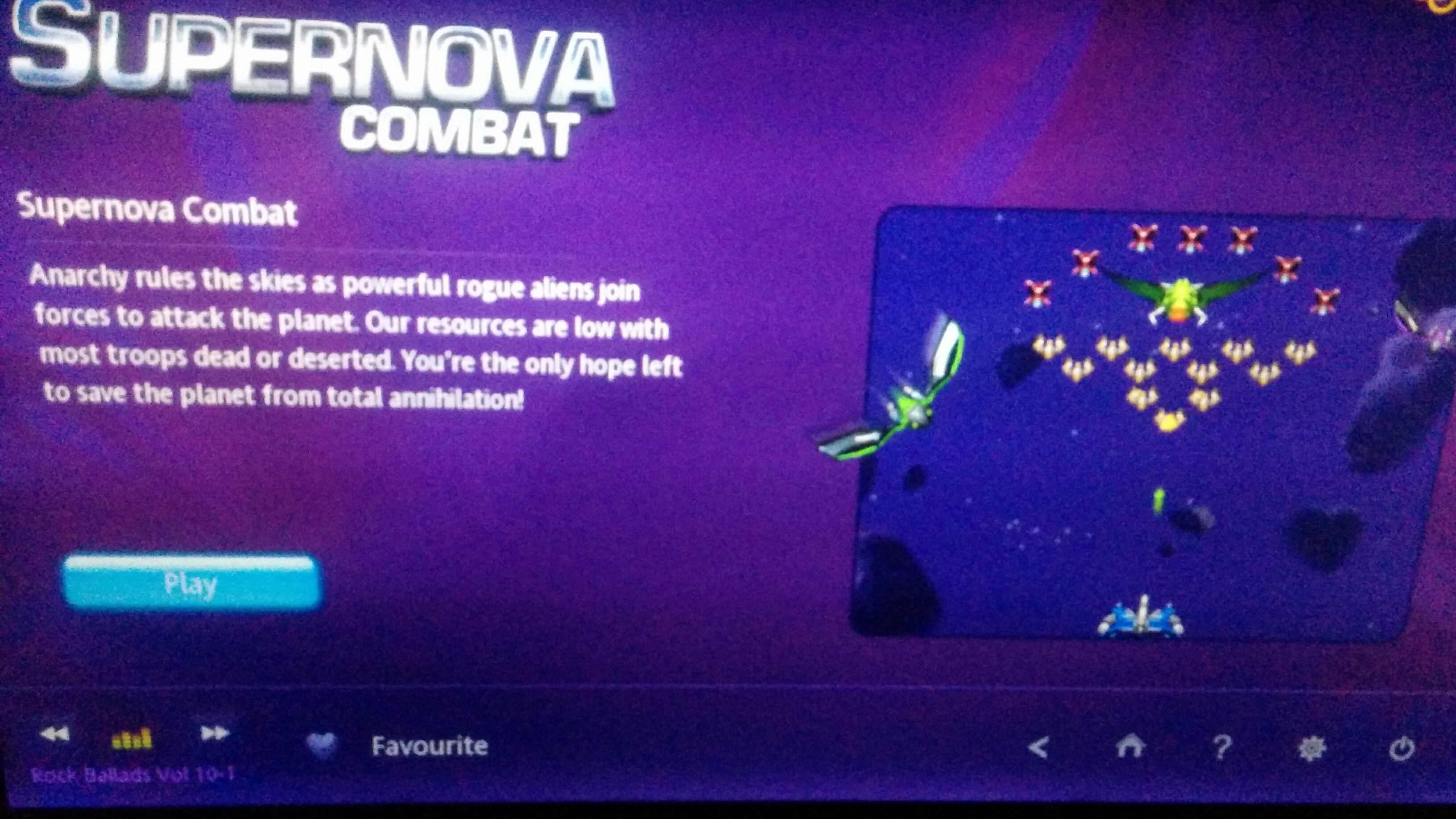 In a world, where the dead have died one too many times. One man in his unupgraded spaceship has to prove to his dead peers that he has what it takes. So that his dead girlfriend will finally stop screaming in his vicinity.

Have guess what this is a rip-off of. 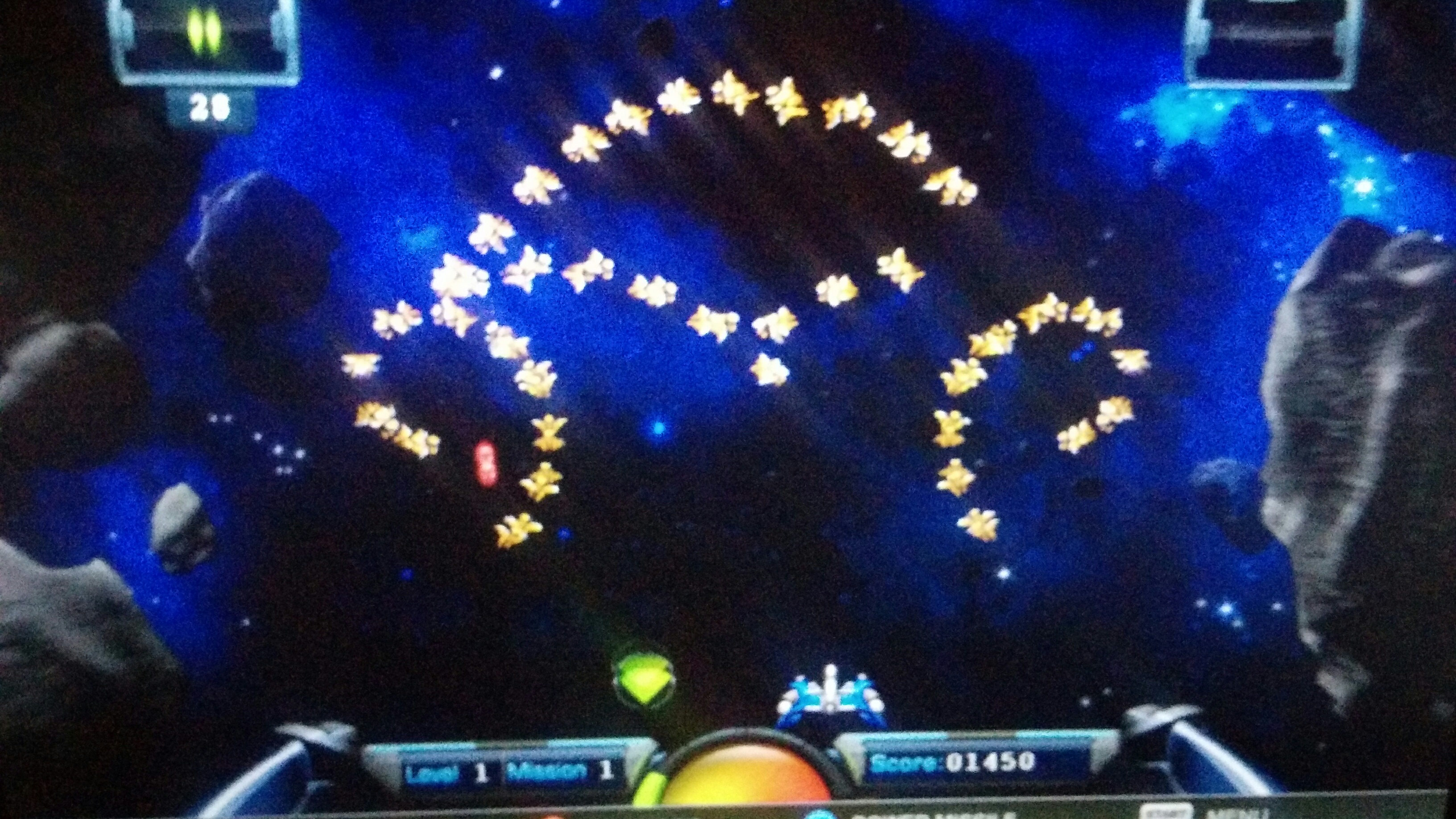 Those of you who guessed Galaga are officiall too cool for school, because you're old. Just so old. The game is decent but enemies are somewhat beefy. I suspect some shared blood with Operation Galaxy. The power-ups that drop like rain seem to do nothing from what gathered.

Minus- Bugs don't die when they should, background doesn't animate. 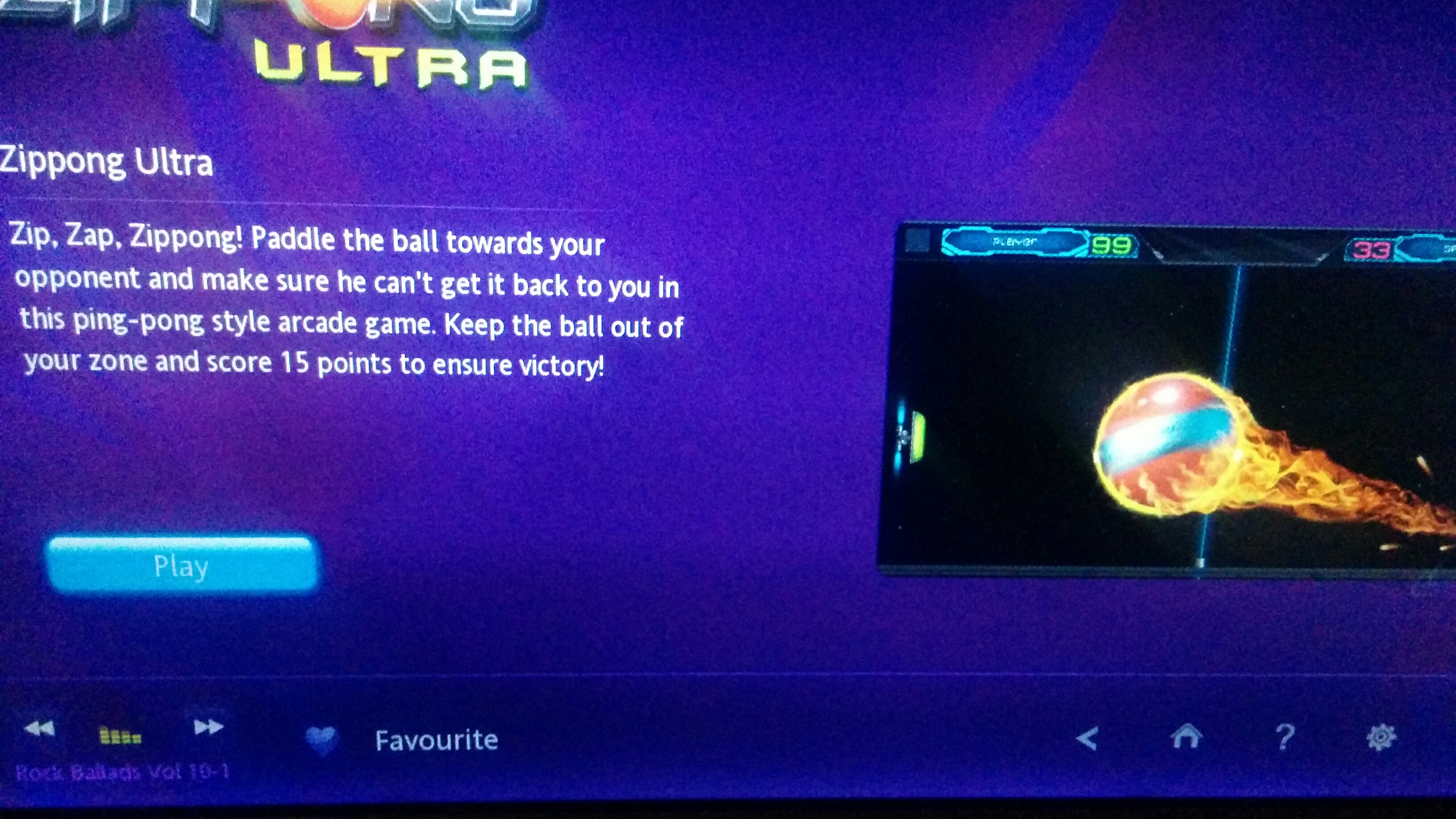 Pong huh? A bit simple, but I can deal. How do you screw up Pong? we're gonna find out soon. 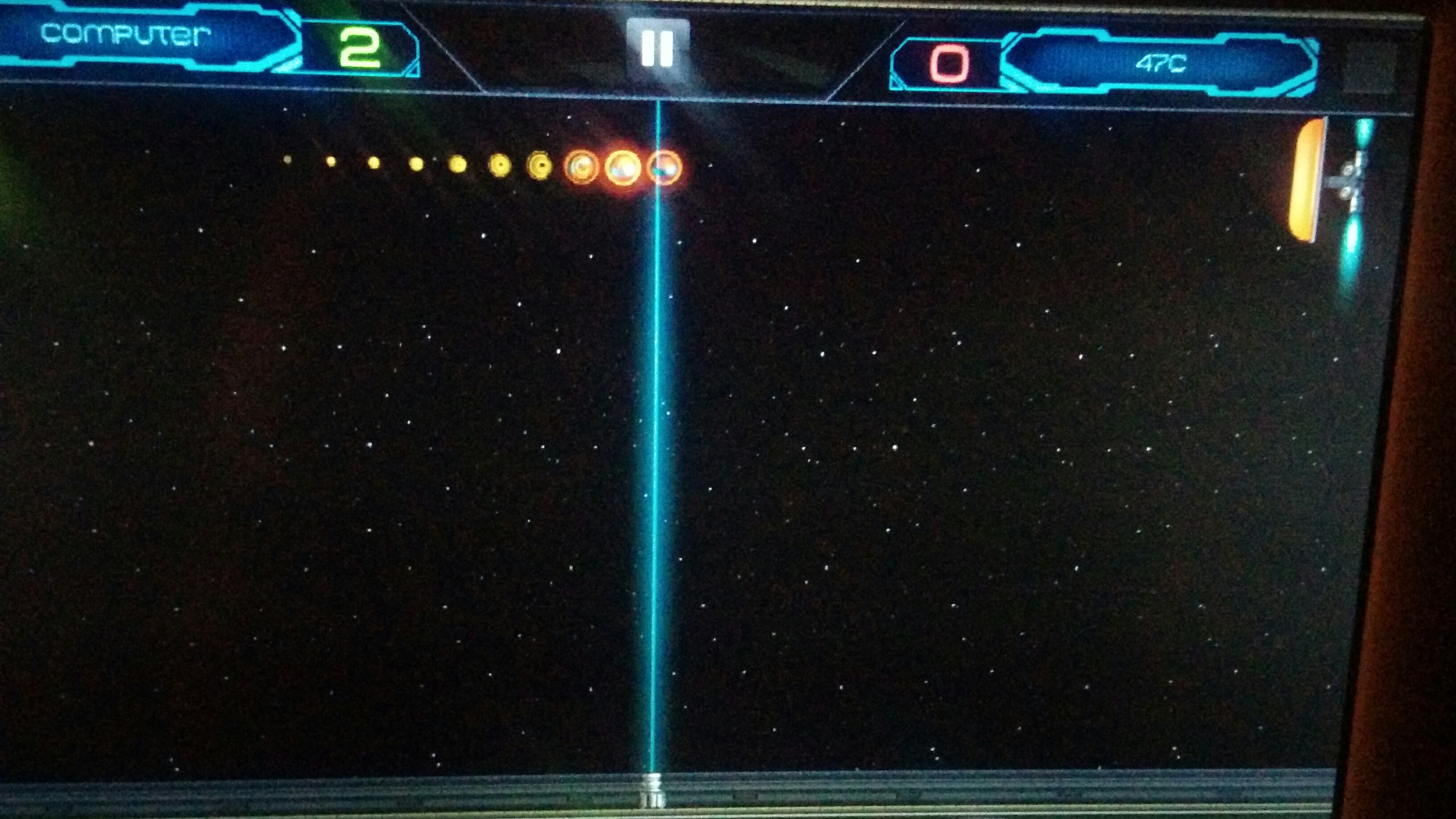 Some context for this photo. I took this after deeming it impossible to score even one lousy point against this AI. Deep Blue has nothing on this bastard. But I claimed my revengeance when I managed to soft-lock the game by standing perfectly still. I count that as at least 3 points in my favor. 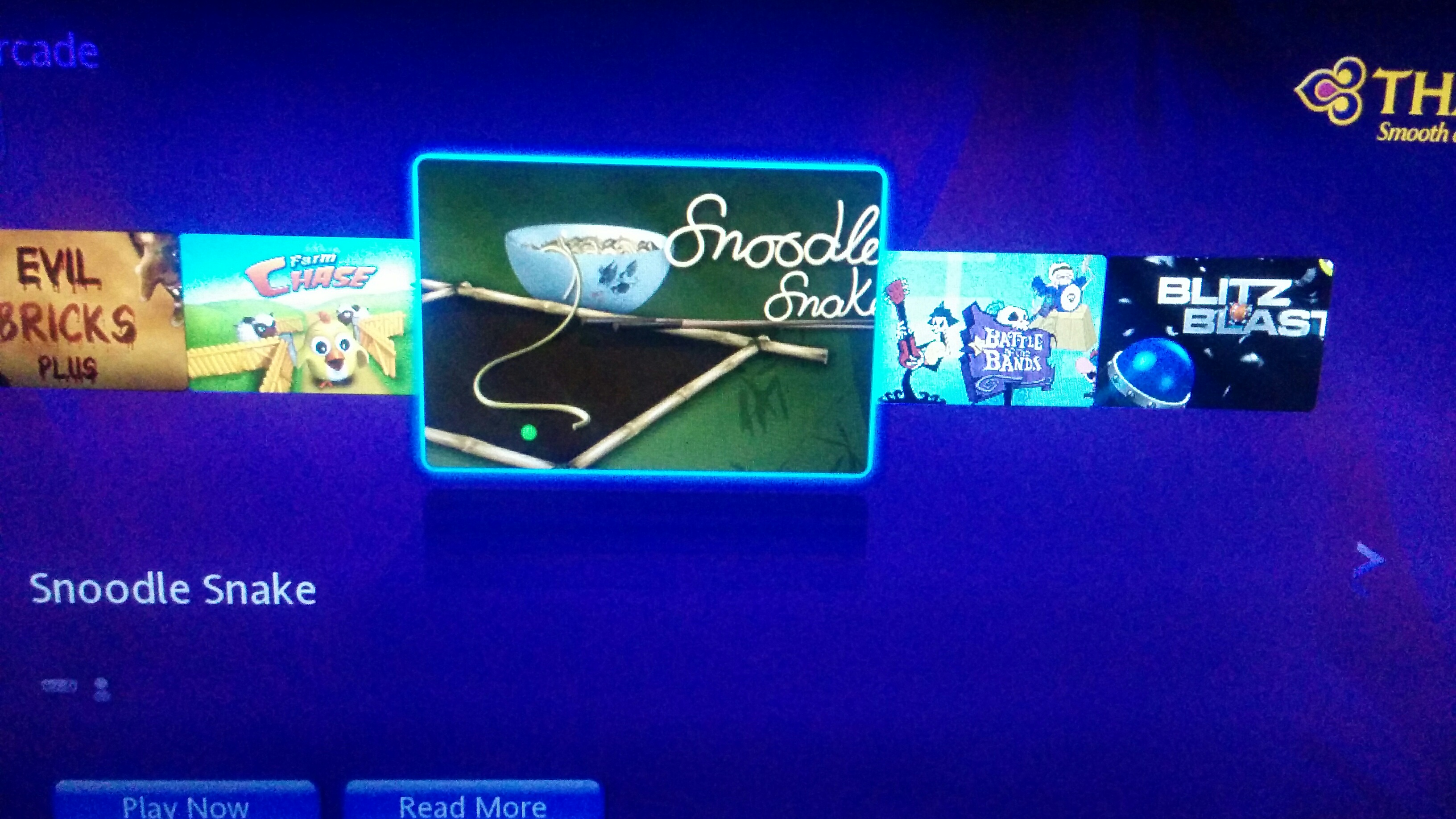 Now we move to the arcade games. That Grim tales game is nothing but a crap Guitar Hero probably also from the CN website. Not helped by the fact that none of the games had working sound. I also think I shat Evil Bricks once. 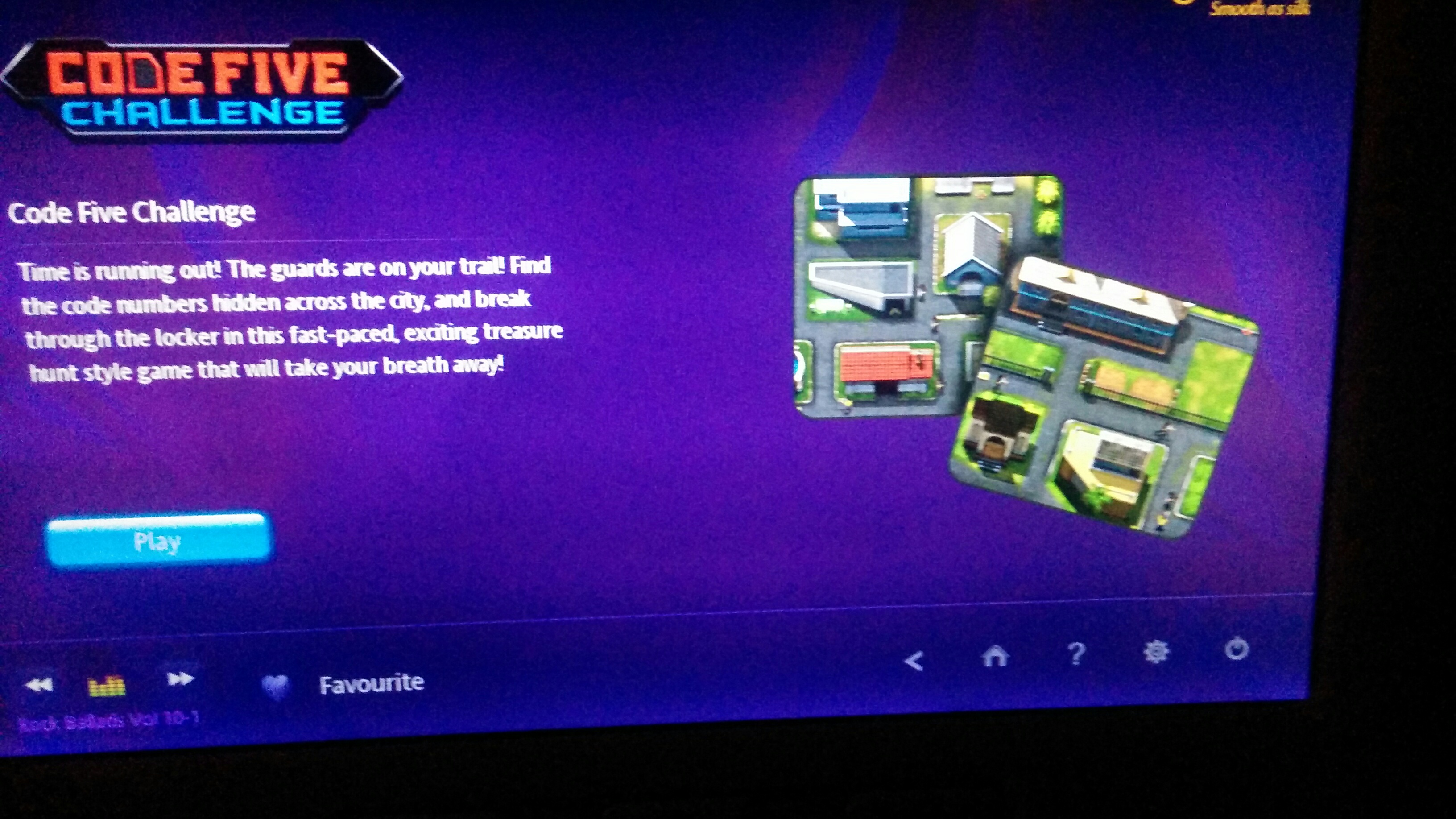 I feel like there is a story behind this game. Someone with unfortunate run-ins with the law had to have made this. 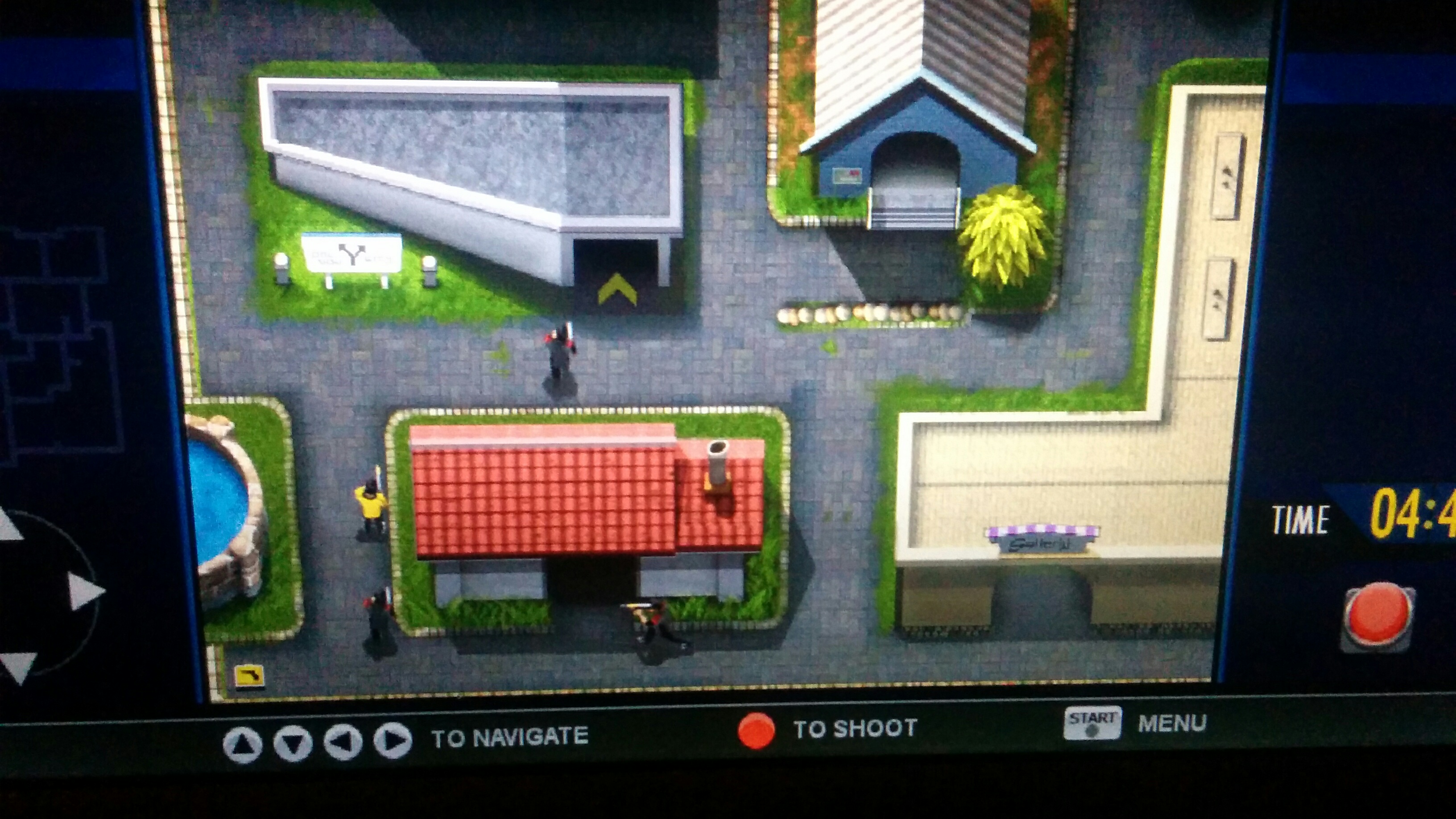 It plays like a poor and crazy mans arcadey classic Metal Gear (Still better than MG:Survive, Heyoooh). You run around endlessly respawning guards who's guns are pathetic excuses for firearms. You can just stand around and take it while shooting back. Maybe It's a metaphor for the current geo-political situation. Yes, that's absolutely it.

Minus- Guards respawn forever and don't even pretend to search for you, they just home in for a Zerg rush.

Final Score: 3 desperate calls for help out of ten 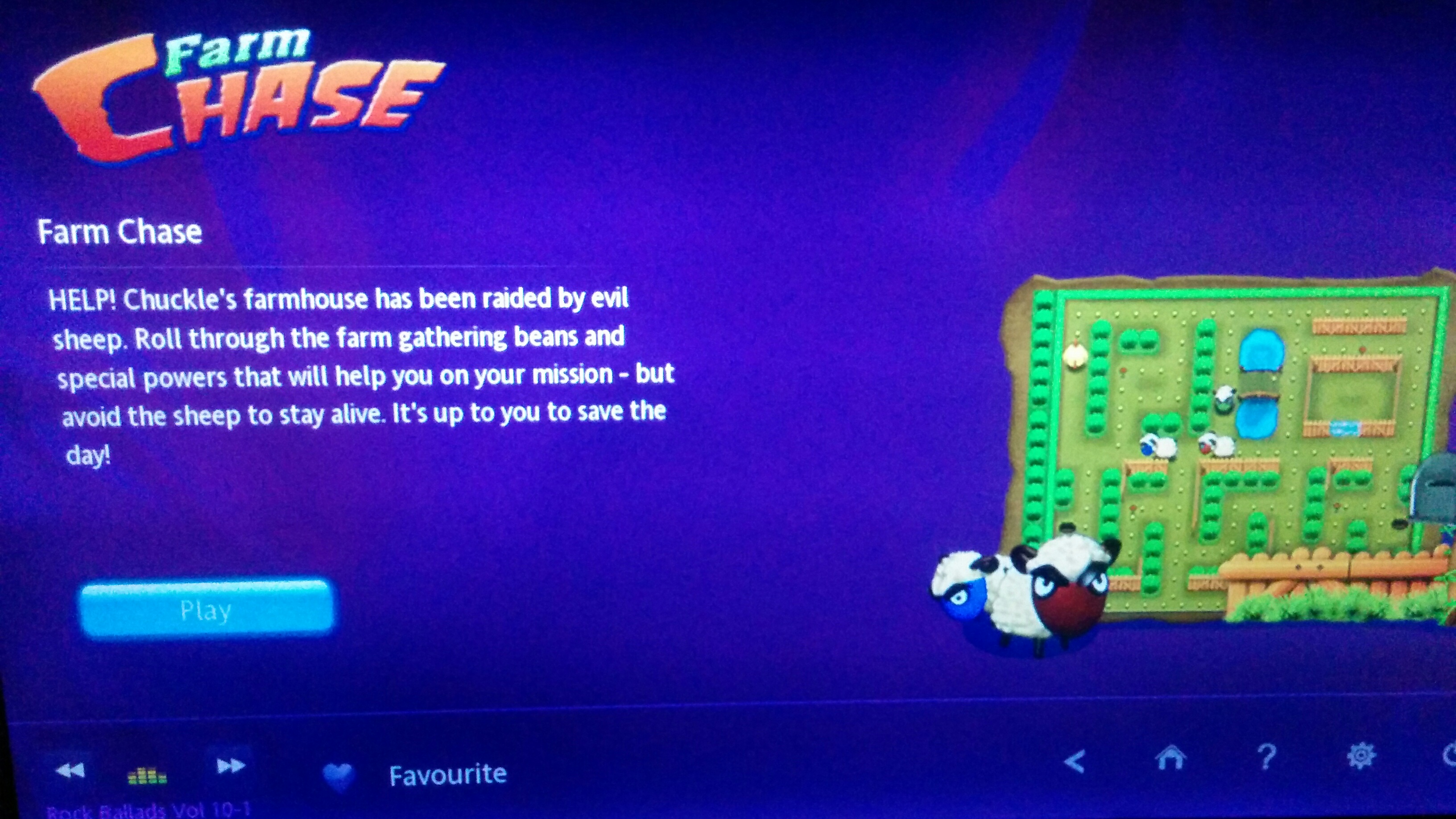 The arcade image promised me Pac-Man, I guess they didn't have the balls to take up arms against the united forces of Bandai and Namco. And beans, really? Beans grant mortal chickens the means to fight evil sheep? Ok. 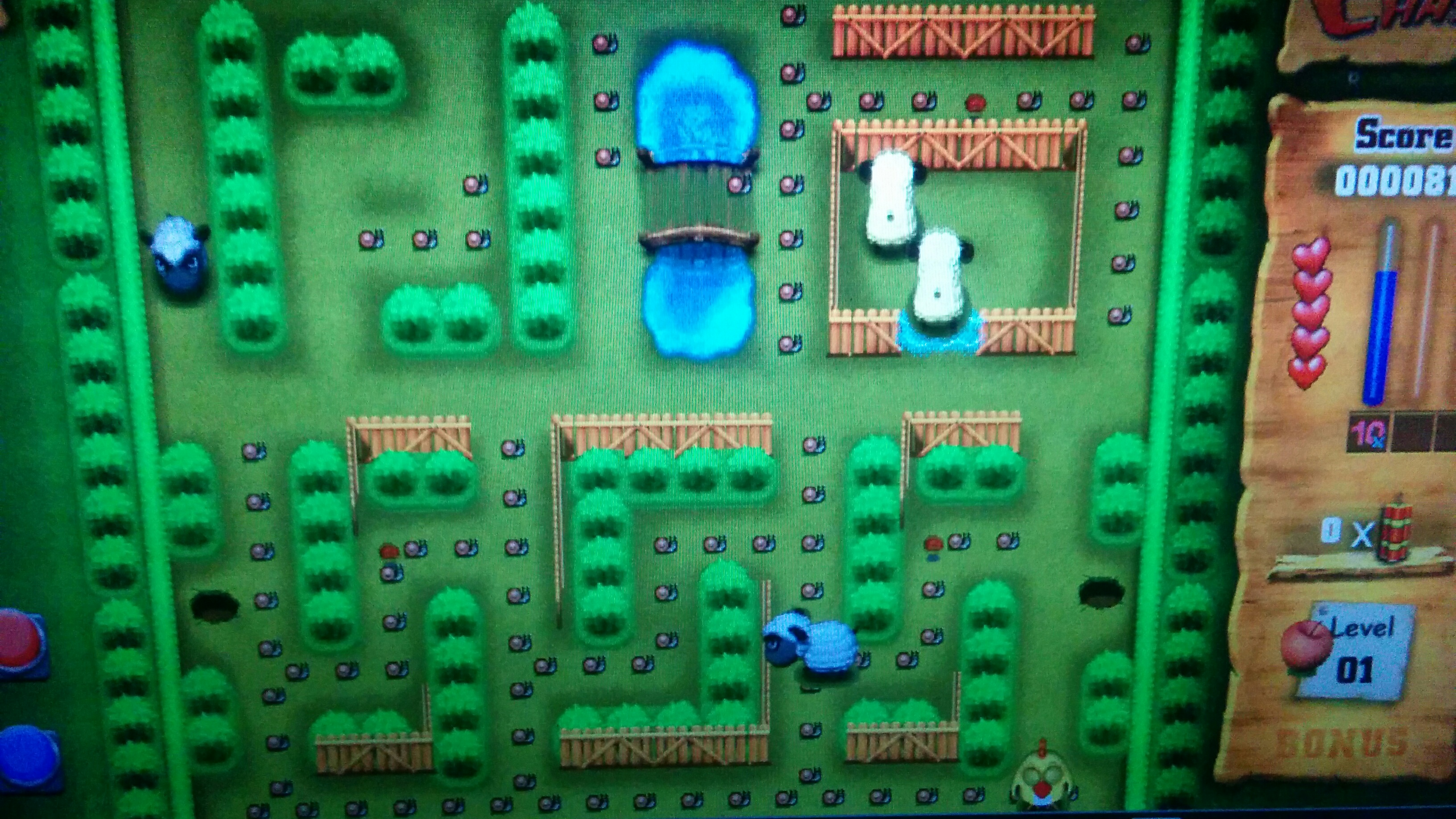 So a slow and generic Pac-man clone is fine and all, but why are there bombs? At least I think they are Bomberman bombs and not Pac-Man Championship bombs. No clue how they go kablooey though. The movement is way too slippery.

Plus+ Has more plot than Pac-man, grass is good.

Minus- too much water, no bomb button 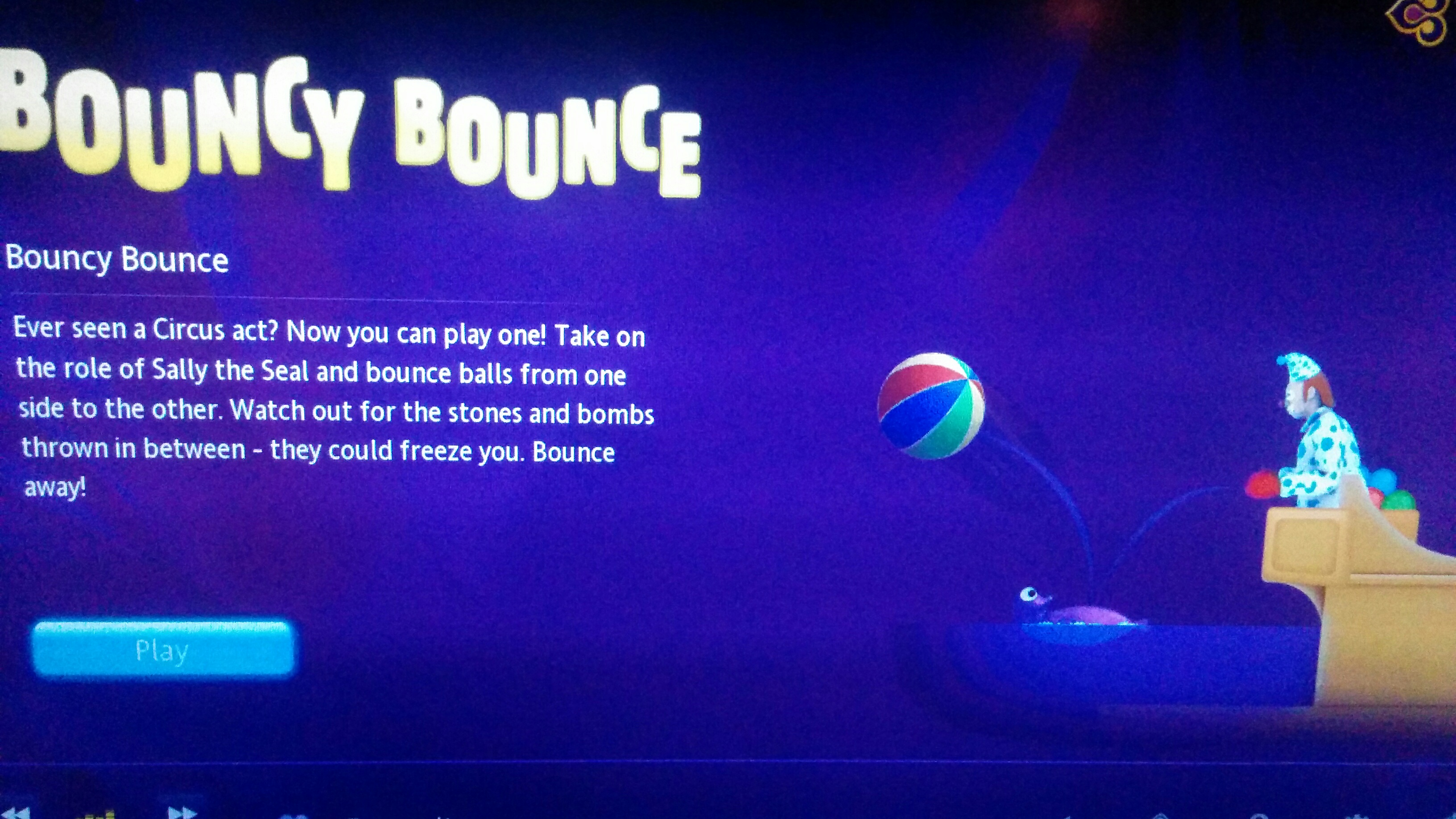 Last one on the list and I haven't got the faintest idea. Maybe some people are into this? 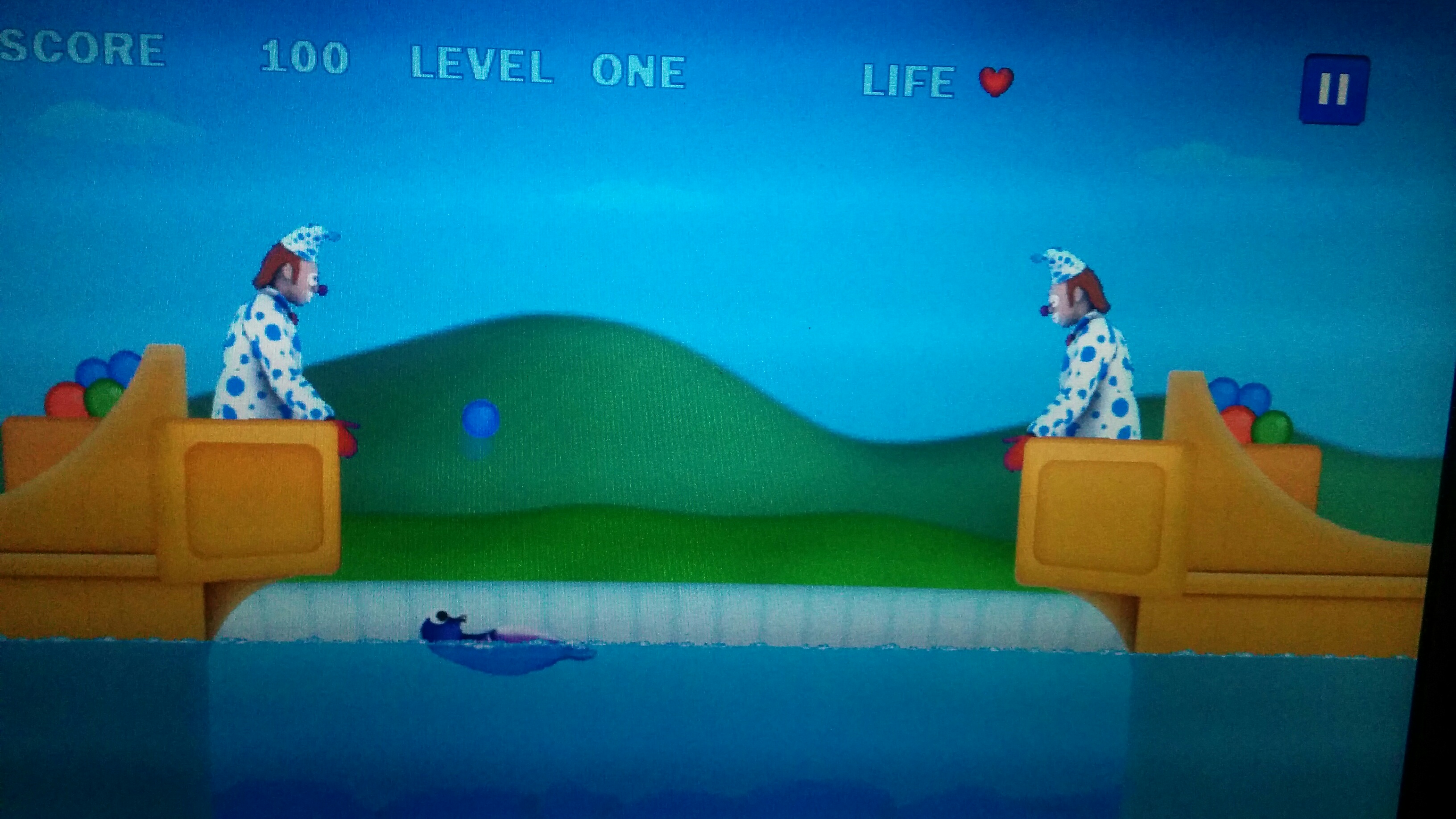 The purpose of this game is two bounce blue balls between two identcal clowns using a seal that has very slippery control. I think that's all we need to know.

And that's it. If the mobile market ever fails, now you know that there is money in making horrible games for airline companies and scarring their passengers for life.