The Dark Side of DLC

10:11 PM on 04.03.2013 (server time)    0
Downloadable content is sort of a double-edged sword. On the one hand, we get things like the Shivering Isles. On the other hand, we also get stuck with things like Horse Armour. Whilst it can be used as a means to add even more content to a complete experience, there is a dark side to DLC. There are those who would corrupt it and exploit this just to make a quick buck, at the cost of quality.

Let's use Dead Space 3 as an example. There is no hint of originality to its add-on content. I don't mean it's artistically bankrupt; it just completely lacks anything of substance to help differentiate it from the core experience. I'm fine with costume packs and such, so long as they're priced properly. However, every single downloadable weapon and suit is a re-skin of the ones in the game. Its story DLC, Awakened, contains no new environments, no additional weapons or suits, and a few re-skinned enemies. It exudes laziness from its every pore. 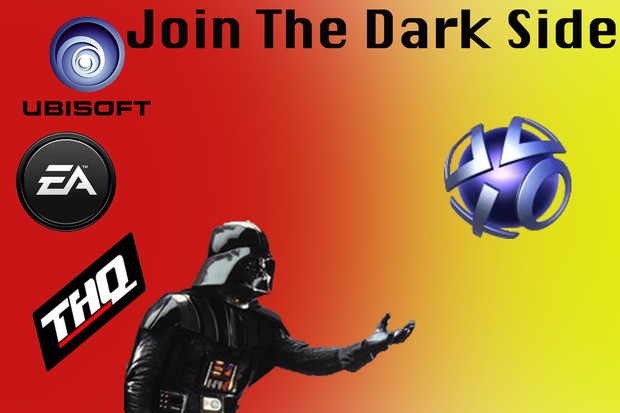 Look, I don't hate DLC and I don't want it to go away, either. I want it to get better. Like so many other corrupted ideas, downloadable content is just a misused tool that can be used for good. I don't mind buying a few extra costumes for Borderlands 2 months after release. I think it's really neat that developers can continue to support games, giving them a longer life cycle. I don't mind that we get little throwaway things like costume packs and extra vehicles, so long as they're priced appropriately. The Zodiac Tournament DLC for Sleeping Dogs gives me customisation items, missions, and a new area to explore, all for the same price (five dollars) as Dead Space 3's re-skinned outfit and gun packs. At the same time, that same game gets away with selling Awakened for $10, which is less than two hours of backtracking through the same places you backtracked through in the main game. Undead Nightmare costs $10, and for that, you get a brand new campaign that completely alters the game's dynamic and world, along with a bunch of new content. A Call of Duty map pack gives you maybe a third of that content for an extra third of the price. It's bad enough that are games are being made worse as a result of these add-ons, why do they have to suck and be poorly priced as well?

As the quality of add-ons suffer, so too do the core experiences. Stripping away content from your game and selling it as DLC is the video game equivalent of a bartender watering down their drinks. You might make more money in the short-term, but people will eventually go elsewhere, and you’ll lose money in the long run.
Login to vote this up!

My name is Ken. I have a deep passion for art and storytelling, video games in particular. You can follow me on Twitter here: