Breasts rule everything around me, BREAM.

11:20 PM on 06.15.2011 (server time)    0
The “Girls in Games” debate is a tired one, to be sure. In decades past we’ve seen armies of pixelated DD breasts developed, perpetuated, and fought over. Always the argument boils down to progressives calling game females hurtful stereotypes and setters of unrealistic standards, and more traditional gamers asserting that it’s all in good fun.

To be honest, I don’t know where I stand on the debate. The logical rationalist side of me believes that the media we are subjected to does change our opinions and views of the world we live in, and that being regularly bombarded by images of girls with “perfect figures” could have a negative impact on our perception of reality. But then the high-fiving Neanderthal of a 22-year old male gamer side of me – well, he loves boobs.

This is a trend of course that exists not only in the world of games, but in the world of movies, television, magazines, and comics. OH MY GOD does it exist in comics. I grew up reading X-Men and Spiderman and the occasional Punisher but it wasn’t until I was in about high school that I started to really pay attention to the pattern. Girls with pencil-thin waistlines and cantaloupes on top, and guys with cobblestone abs and biceps like Cool J. 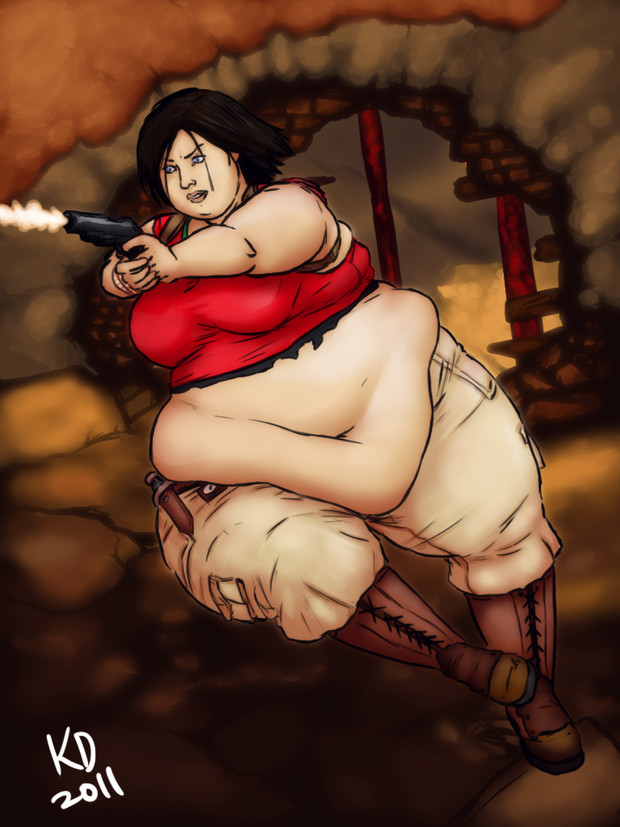 The gaming and comic industries have been around for a long time, and their content has never exactly been as concerned with realism as it is now in the age of Hi-Def. These days we can even be made to feel guilty in 3D. So the argument that people’s self-esteem may be at stake is justified, as is the argument that we have always liked it this way.

So what do we do? I think developers have been making good strides toward a standard of fairness and sensitivity overall. We’re seeing more Elena Fisher and less Sonya Blade. People Can Fly’s Trischka went through several transformations before Bulletstorm’s release in order to end up with a much more reasonable yet still very attractive final product.

But I’m curious to hear what others think about the direction we’re headed. Is it the right thing to do – cuttin’ in on everyone’s booby-loving fun? Or is it a dose of the future, and is that future a homely one indeed? Supposedly the voice of the people can change things, and Destructoid here has given us the opportunity to do just that, so speak up ;)

Mostly I play PS3, but get down on some Wii and am often jealous of XBLA (*cough* Super Meat Boy *cough*).

Oh yeah and I drink them too. Like, every day.
Sleep is for dirty chimps.