Campaign To Those Bound For Earth, Fuel Optional 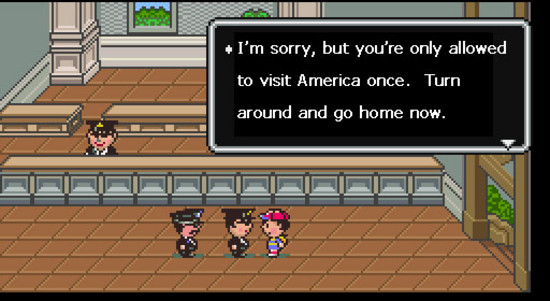 Fans of the game Earthbound, otherwise known as Mother 2 in japan, released on the SNES know of the existence of two other games that were never released to our shores; Mother (Earthbound Zero) for the NES and Mother 3 (Earthbound 3) for the GBA. Although neither of those games ever made it here, Ness continues to fight on in the Super Smash Bros. series.

However, Starmen.net has said enough is enough with the lack of support for Earthbound and has started what they call EB Siege, a campaign to get Earthbound back in America. They're urging everyone to help spread the support of Earthbound by either calling Nintendo, submitting fan art to Nintendo Power, or just mailing them an Earthbound style postcard.

Special Thanks: Sketch, moderator of Rockman.EXE Online forums.
#Community
Login to vote this up!