Do you feel lucky, punk?

I love platformers - and at this point in the blog, you've already written me off as a filthy casual. But in all seriousness, I've long been a fan of the platforming genre. From Mario, to Banjo, to Sonic, to Crash, to Rayman, I've dipped into various platforming games, and as a child growing up in the 90's, I think it's safe to say I'll always have a soft spot for them.

So when I picked up an Xbox One X, what better way to get acquainted with it, than to check out Microsofts spontaneous new(ish) platformer, Super Lucky's Tale. The game launched shortly after Nintendo unleashed the bombshell (or should I say, Bullet Bill), that is Super Mario Odyssey. Fortunately for the young fox, with other platformers in the wings such as Yooka-Laylee, A Hat in TIme, and evn BUBSY of all characters, Lucky had about as good a chance of making a splash as a fun and exciting new mascot platformer...but does he succeed?

Kinda yes, but mainly no. 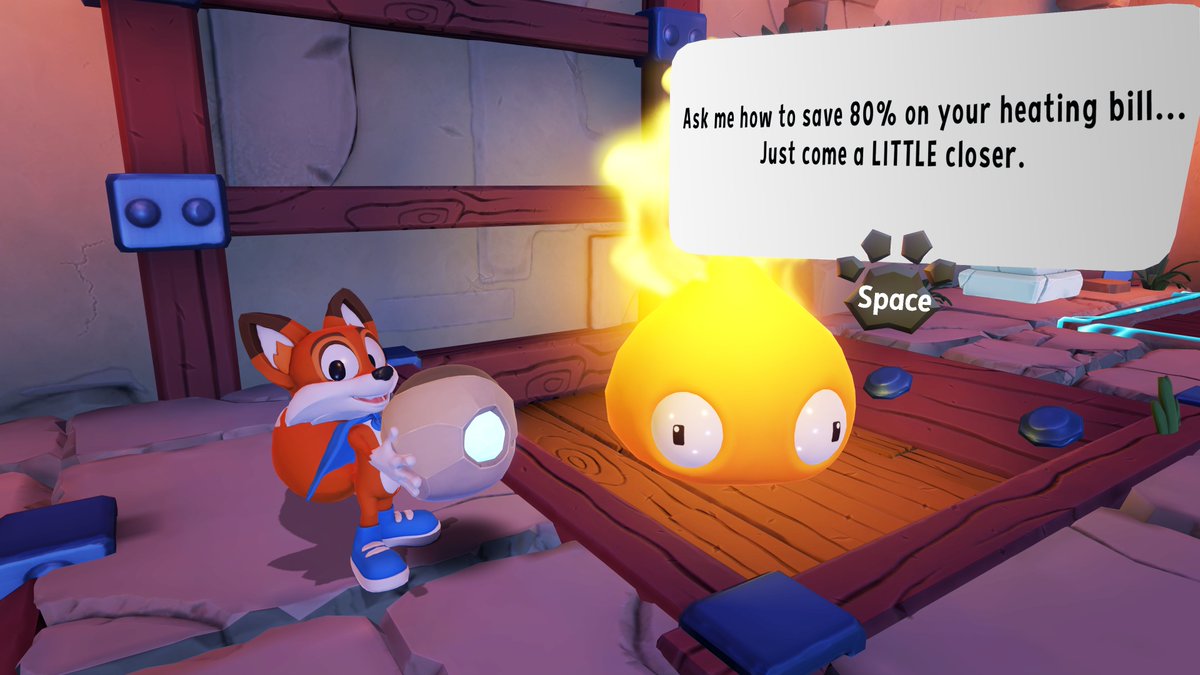 Let's get a few things straight right away about Super Lucky's Tale. First of all, it is a stunning looking game, especially if you're playing it on the Xbox One X, and of course have a 4K television (preferably with HDR). It certainly looks good otherwise, but this game does do a fine job of emphasizing fine color display, well done lighting, and generally clean textures. It's not quite as rough around the edges as Yooka-Laylee was.

It also plays pretty smoothly (though there's a caveat to that that I'll ellaborate on later). The controls are simple, yet they work well. Lucky feels a bit heavy and slow, but diving under ground and popping back out always is fun and feels natural. The camera is lacking, and certainly could have taken a few hints from many other successful modern platforming games (almost any). I haven't had to adjust to camera functionality like this since the Nintendo 64.

The downfall to Lucky's generally smoother gameplay, is that the game only really runs as it should on the Xbox One X. I've looked into reviews and video footage of how the game plays on both an older Xbox One and a One X, and unfortunately, the performance is much more slow and choppy on the original One and One S. That's pretty disappointing, considering we're talking about a faily simplistic platformer here.

All this being said though, there's some definite core elements found here that make this an entertaining platform experience. Lucky loves coins and clovers, and you will too if you want to beat the game. There are platforming elements that are very reminiscent of Super Mario himself, but what's more, there are even elements that reminded me of Donkey Kong Country (gathering the letters to spell out LUCKY and earn a clover).

What's more, the general vibe of characters (ranging from Lucky to the villain Jinx himself), put off a very Banjo-Kazooie feel. Characters don't really talk, but make babbling like sounds (no, not as nasty as Yooka-Laylee). It just felt like a big ol' casserole of various platforming concepts and ideas thrown together with a cute little fox...and for the most part, it works.

But while Lucky does show promise initially, it loses it's luster dramatically by the time you reach the end of the game. The game itself just doesn't feel all that difficult, and bosses are even more of a letdown (offering you many chances to heal throughout battles). The only boss I moderately struggled with was the very last one...and that didn't feel so much like a strong difficulty curb, but rather a cheap way to exploit weak mechanics (which made me incredibly frustrated). 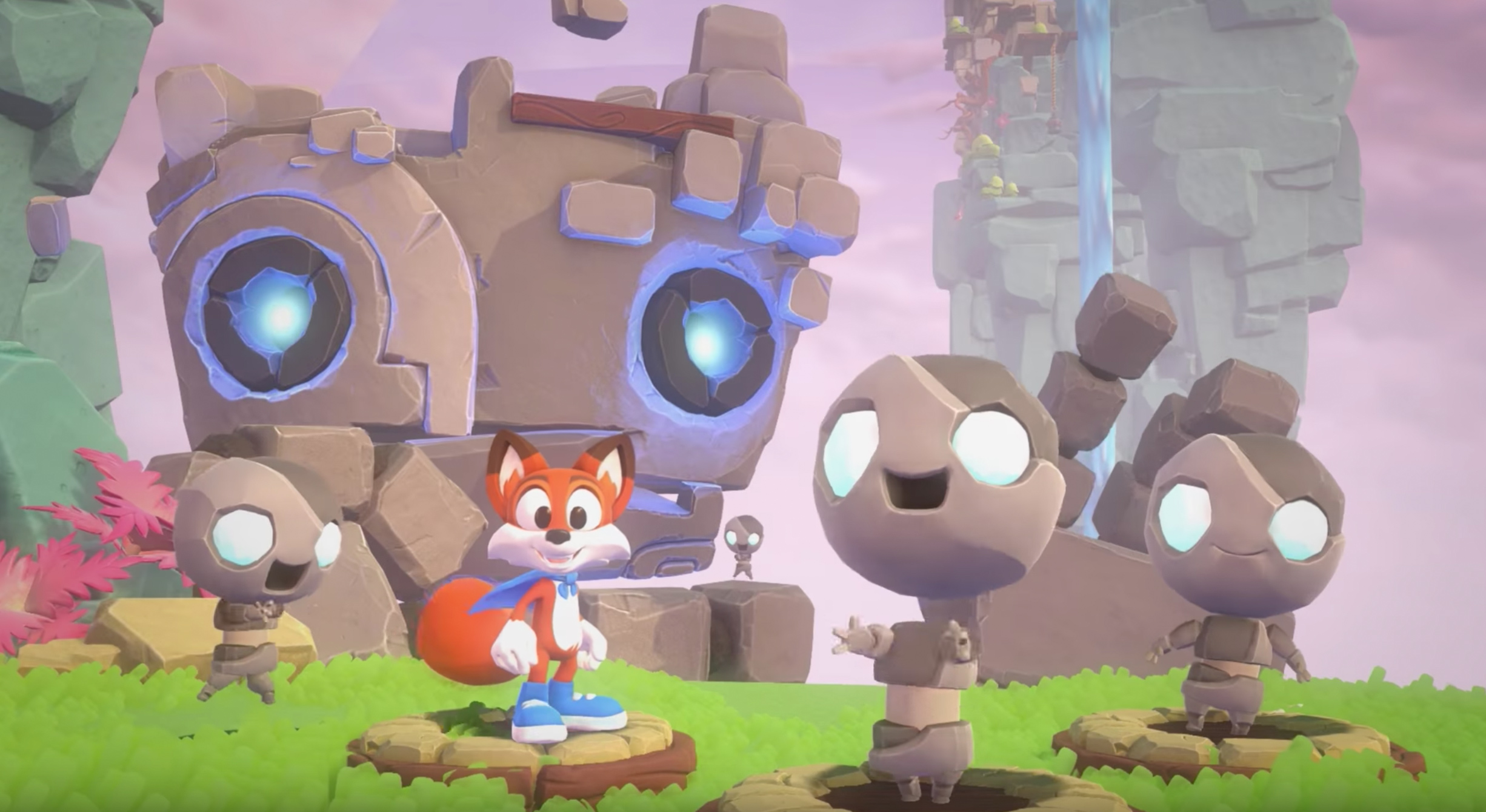 Despite all these flaws, there was a lot of fun and quirky smiles to be had as I played this game. It certainly has it's charm, and at it's core, it really gave me a nostalgic feeling like I was indeed playing a RARE game (it's made by Playground Studio, btw). Had the ending been a little more fleshed out, I probably would have felt a bit more satisfied as well...but it really felt like it was rushed, and just kind of left me hanging, thinking to myself 'well...that was okay, I guess'.

Basically, Lucky hasn't really earned a spot amongst the genres many greats, but he pulls off a fair performance. I wouldn't mind seeing more of him in the future, with perhaps a little better writing, and a bit more modernized mechanics. If you're an Xbox fan though, and you would like a little taste of the good ol' days, then I think you'd do well to pick it up sometime on the cheap.