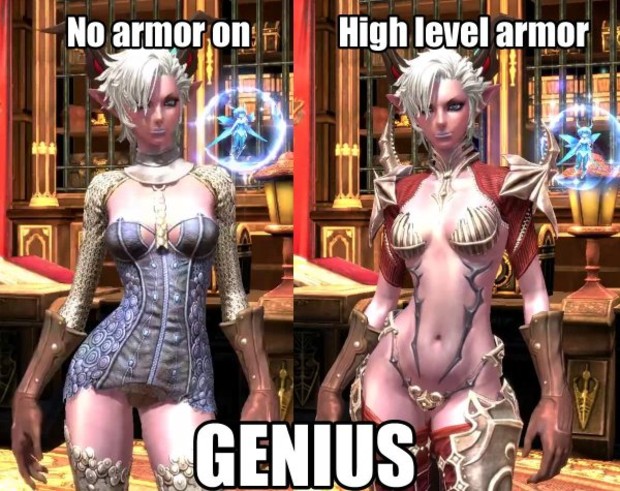 Listing every issue ever would keep us here for the next week or so, and this isn't to say that there's no room for fan service. However, the assumption that large breasts equal sex appeal is one that is just incorrect. It's how busty women are showcased, dressed, and portrayed that sexualizes them, but their existence doesn't mean they are inherently sex objects. If the goal is to truly rally for more diversity in videogame characters (regardless of gender!), then the outrage needs to be aimed in the right direction. Tell Square-Enix that they can have their pervy moments over female characters, but overdoing it with arbitrary close-ups of butts and boobs is what is insulting and off-putting. Encouraging diversity doesn't mean discouraging the majority being represented. If anything, we should be applauding games that can feature strong, busty characters whose inclusion are not for the sole reason of marketing or sex appeal.

Let's get rid of the shame in liking boobs. It doesn't have to mean you're a pervert, and it doesn't mean that you value a person's personality less than appearance. By admitting this, the arguments for less boobage will actually have more weight and developers can't write them off as mastrophobia. Tell the industry that you like boobs, but it'll take a lot more than that to win your money.
Login to vote this up!