Tammy put over 3,000 hours into Isaac, here's what she thinks of Bum-bo 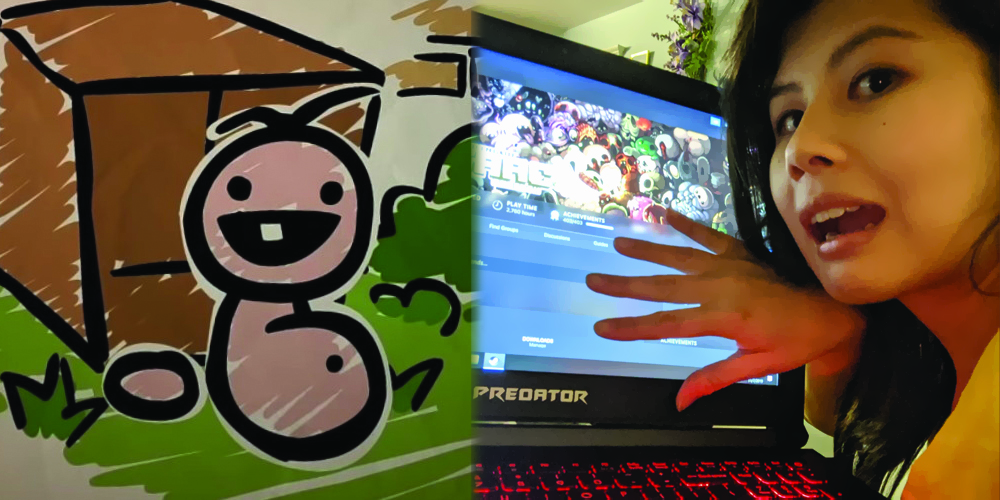 Tammy is a 26 year old with a master's degree in Psychology, and at first, that's all she had to say about the Legend of Bum-bo, the latest game in the Binding of Isaac series. This was a pretty damning prediction from someone who had spent more than 600 hours on the original Binding of Isaac and over 2,700 hours with Isaac: Rebirth on Steam. It is, by a large margin, her most played game of all time. Don't Starve Together came in second place with 85 hours, and Nuclear Throne a distant third with 35. For the most part, she's a mono-gamer, happy to return to poor old Isaac and all his naked misery again and again.

She's also totally happy with keeping her opinions about games, and most other things, to herself. In a word, she's shy, off and online. She would never impose her opinions of video games onto anyone unless they specifically asked, and even then, she always ends with a disclaimer like “but don’t listen to me, I don’t know what I’m talking about.” After getting all 403 achievements in Isaac: Rebirth last week, I asked her how it felt to be an expert at the game. She said, “It feels good! But I’m not an expert though. I still die all the time. I’m not very good at all.”

This is why I think she speaks for a lot of Isaac fans out there. The game's fanbase numbers in the millions, but they are not necessarily a vocal group outside of their community. Maybe they aren't sure what people will think of them after finding out that they are huge fans of a game where an abused child uses its pee and poop to kill his mother. Maybe they, like Isaac, live on the vulnerable and anxious side of life. Or maybe they'd just rather be playing video games than talk about them. Regardless of the reasons why, voices like Tammy's are the kind you might never hear unless you seek them out, which is why I asked her to tell me all about what she thinks of The Legend of Bum-bo.

So if Tammy loves Isaac so much, why was she pessimistic about Bum-bo? In short, she says "it's because I almost never like games with turn-based battles. Final Fantasy IX was one of the last games ones I really liked, and I played that a long time ago. Bum-bo looked like match-4 puzzle games with turn-based battles, and that wasn't exciting to me. I'll play a match-4 game on my phone when I'm stuck waiting for a doctor's appointment or something, but I couldn't tell you the names of any I've played. I bet I only have a few hours logged on to whichever one I installed a few years ago."

She was still planning to buy the game at launch, mostly because she trusts that Isaaccreator Edmund McMillen and his game dev partner James Interactive wouldn't let their fans down. She also didn't have a ton of interest in Isaac: Four Souls, the physical card game released earlier this year, but in the end, she bought it and loved it, saying "The only thing I don't like about the game is that I barely have anyone to play it with me. Most of my friends think it's too weird. If there was a 1P mode, I'd probably break it out a few times a week."

That's where Bum-bo comes in.

Within the first 36 hours of getting a pre-release code for the game, Tammy had played it for 18. It was eat, sleep, and play Bum-Bo for her pretty much all weekend. Part of that is because you can't stop and save in the middle of a run, so she'd leave it idle now and again as to not lose her progress. According to her, it's "...also the kind of game you can play in one window while listening to a Youtube video or using Slack in another. There's something about playing games full screen that stressed me out anyway, so I might as well use that extra screen space for something else. Since you can take your time with a game like this, it never seems like work."

In fact, its similarities to Isaac in terms of moment-to-moment experiences are pretty minimal. A lot of the enemies are the same, so you can get a general idea of how tough each one might be if you've seen them in other games. The core flow is similar (fight a few rooms of basic enemies before taking on a boss, discovering new characters, weapons and items as you go) but without the same kind of risk/reward element that came from Isaac's Zelda-style exploration. Less risk means less stress, but the constant potential to unlock new stuff at random keeps things exciting in that "I know this is like gambling, but since there is no micro-transactions, I don't feel like I'm being used" sort of way. 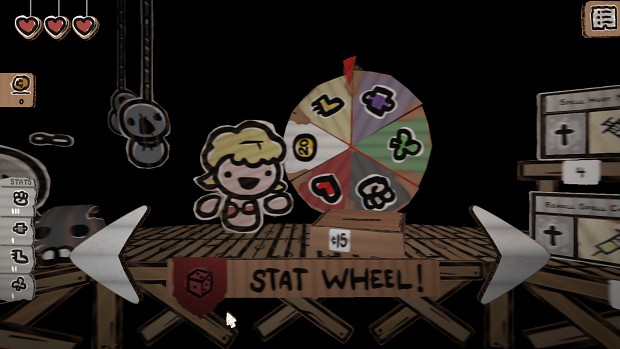 Then there's the turn based combat, which combined with the spell-collecting elements and "plan your battle strategy three moves ahead" depth, ended up being a perfect fit for her, given how anxious games can make her. "I honestly don't understand why I like Isaac so much. You're literally running for your life the whole time. Why is that fun? Either way, I  know, Bum-bo is way more relaxing." As it turns out, the main reason she only has 35 hours on Nuclear Throne, compared to +300 between the Flash and Steam versions of Isaac, comes down to same thing. Nuclear Throne is too fast and frantic for her. She prefers Isaac's slower, more methodical approach. Bum-bo isn't an action game at all, which makes it an even better fit for her nerves. a

So far, she's not sure that Bum-bo will have as many opportunities to stack and mix abilities into new surprising combinations, but then again, few games do. She started playing Isaacshortly after launch, and has seen how far it's come since then, which gives her "...confidence that this new one will have similar support down the line, and since you can get to bosses relatively quickly on a good run", and "...still has a ton of characters left to unlock", she has plenty of motivation to keep coming back for more.

When I asked her if she thinks Bum-bo will be a hit, she said "I have no idea, but don't take that as me being pessimistic. There is a lot of things I have no idea about. Actually, I wouldn't be surprised if it does even better than Isaac over time. The art style isn't as gross, with the cardboard look making the pee and poop feel a lot less real, and the gameplay is easy for anyone to just pick up and try. You feel like you're good at Bum-bo right  away. It's only when you get further into it do you realize that you know nothing and are definitely going to die eventually."

She also thinks the point-and-drag interface would make perfect sense for phones, and actually seems a little surprised when I tell here that there hasn't been much word on a mobile port of the game since it was announced in 2017. On the other hand, when I told her the game was coming to Switch, she nodded in silent approval. Having just picked up a Switch Lite while on a trip to Japan, she only has one game so far; Cadence of Hyrule, another indie that took a sort-of turn-based approach to a top-down action classic. She liked it, but once it's over, you've seen it all, whereas Bum-bo just seems to go on and on.

So did Bum-bo replace Issac for Tammy? Maybe for now, though when it comes to Repentance, the final piece of Isaac DLC, she says "I'll definitely get it, but I'm clearly happy with Isaac as it is, so I'm not in a rush or anything." The key words there are "not in a rush." This ability to remain patient and dedicated for years on end is one of the main reasons why Tammy has stuck with the Isaac series for so long, and it's also why Bum-boseems to be a near-perfect fit for her.

[Update: She's put another 10 hours into the game since I started writing this piece on Monday. The bad news is, an update to the game erased her save, so she had to start unlocking everything all over again, but she says "That's OK. What's another 10 hours compared to the thousands I've already put into the other game? As long as it's fun, I don't care."]