Injustice: Gods Among Us - 5 Characters That Scare The Baby Jesus Out Of Me

However, there is something that has stayed the same. Over the years, no matter what fighting game I�m playing�King of Fighters, Dead or Alive, Street Fighter, Tekken, Marvel vs. Capcom, and so on�there are always a handful of characters that scare the baby Jesus out of me. I�m not talking about aesthetics, either. I�m talking about the characters that, when your opponent in a multiplayer match chooses them, you know you�re starting a leg down because they have a fear-factor. For Mortal Kombat it�s Scorpion and Mileena. For Soul Calibur it�s Tira and Nightmare. And for Street Fighter� well, take your pick. 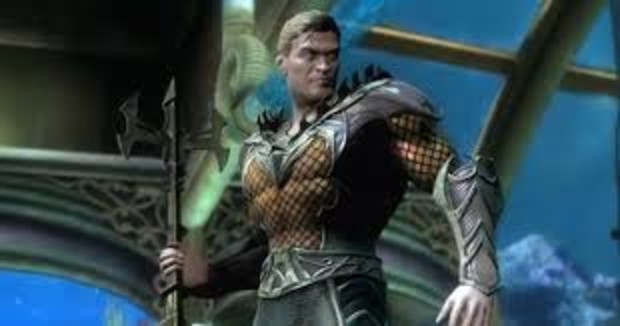 Really, who didn�t see this coming? Injustice is the game that made Aquaman badass again, and among the most terrifying in the character roster. The man is a beast. His entire game is built around the use of his trident, and what a piece of weaponry that thing proves to be. He can play any style he wants to. Close? No problem. Long? No problem. Keep-away? Ha! A piece of cake. His combos have perhaps the greatest variety as far as high, mid, or low hits are concerned, so he is extremely difficult to defend against. Most of the low hits knock you up in the air, meaning Aquaman has one mean juggling game. If you�re playing as Aquaman and your opponent isn�t spending 80% of her/his time in the air, you�re doing something wrong. He has a special move that makes him invulnerable for a short period of time, he can throw his trident, and he has a special that hits you from below with a pool of water. He�s got a solution for every problem he could ever run into during a match. Aquaman has become a popular choice among players who have participated in the few tournaments Injustice has had since its release, and there are some very good reasons for that.
Login to vote this up!

Recently graduated university with a degree in Chinese. Of course, I'm doing absolutely nothing with that degree and writing about videogames instead. I come from a journalism background and have always written, and I have a passion for games. My interests are tied up in game music, industry issues, and how games continue to exist in the public sphere long after they come out... their legacy, if you will.

I live in the always-exciting San Francisco Bay Area where there is certainly no shortage of freelance competition.

I'm an avid player of RPGs, racers, fighting games, and have been known to enjoy an occasional shooter.