I really like it when games give me blue balls

I played two games this year that tricked me into thinking that the game was going to end but then carried on to the true ending. For some reason, I find this immensely pleasurable. The games that tickled me bawls (guarana drink) were Metal Gear Solid Peace Walker and Bayonetta.

The "last boss" in MGS Peace walker is, surprise surprise, Peace Walker. Peace Walker both follows the MGS tradition of "walking tank" bosses, but also injects injects freshness into these fights by having Peace Walker not only have a walking-tank form,but also give it a high speed four legged sprint form and a large variety of weapons that really keep you on your tows. Add to that the boss also moves through different movement patterns, that forces you to change tactics on the fly. It can walk behind a barrier of warehouses making it difficult to fire at it. It can power up for a high speed body check that is difficult to dodge given the immense size of Peace Walker. When in it's normal, "walking" mode, Peace Walker is still unpredictable because it moves a la monster hunter style in that it seems to be alive without following a specific set of canned movement patterns. The boss's huge arsenal of weapons and varied methods of movement coupled with it's insane amount of health makes Peace Walker the best end boss I have ever fought: it took me 40 minutes to finally defeat it. 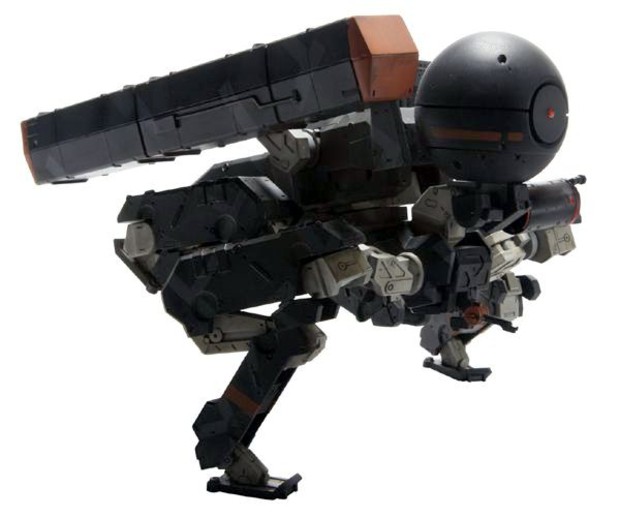 Even after you finally manage to take this behemoth of a boss down, the pacing of the story is still intense as you watch Snake try to convince the US government not to launch nukes at Russia (Peace Walker was broadcasting false signals that made the US think that Russia was attacking them with nukes). Survival of an entire country is at stake if not the entire world. When the game reached it's highly emotional climax, I felt fully satisfied. The part where Snake finally accepts his title as Big Boss still sends chills down my spine. But wait... there are more missions to play? Awesome! I kept playing these missions which had me hunting down an escaped prisoner over and over again and, to make things brief, ended with ANOTHER WALKING TANK BATTLE. This boss battle surprised me to no end: I thought that that 40 minute boss fight with Peace Walker was more than enough to close the game on, but then the game just went and threw me another walking tank battle. This battle even keeps the player's emotions engaged by making the pilot of this walking tank (Metal Gear ZEKE) someone that you thought you could have trusted throughout the entirety of the game. For some reason, I found this turn of events immensely enjoyable. Maybe it's because I got to play more of an awesome game, or maybe it's because of some kind of unconscious desire that yearns to be led on and led on and led on without a true climax. Whatever it is, though, I found the two endings of MGS: Peace Walker to be the most intense and enjoyable experiences I have had in gaming to date.

Bayonetta's end boss is also extremely epic. You fight Jubileus, the creator of the universe. The scale of this fight is like none I've ever experienced. You fight in a gigantic orb that separates you from the cold vacuum of space. It was an interesting feeling to fight in this manner because the same thing that is keeping you alive also traps you with a god of creation that is really pissed off at being woken up. As the fight progresses, the boss changes the orb that you both reside in by first turning everything around you into an inferno of magma, then into an arctic hell, then into a gigantic raging storm with plenty of tornadoes thrown in. The ever changing and chaotic nature of the environment makes the boss fight truly exhilarating. After whittling down the bosses health to nothing, Bayonetta summons her own god which looks a lot like Jubileus except made of hair and easily hundreds of times Jubileus's size. Your god gives it's fist a kiss and it punches Jubileus's soul into the sun. After that, we see Bayonetta stuck on the remnants of the boss's body, completely exhausted, as it enters the atmosphere and begins to burn. The credit roll and sad music plays. At this point in the game, I thought that Bayonetta was dead for sure. I mean, the credits are rolling, that usually means the end of a game, right? Well, not in this case. Jeanne (your rival) comes to your rescue and literally stomps the credits out of the screen. After a bit of banter, you both begin to pummel the falling remnant of Jubileus and the game goes on to it's true ending and end credits. Again, I have no idea why I find this teasing style of ending a game so enjoyable. When Jeanne came and stamped out the credits, I felt a surge of exhilaration and braced myself for more Bayonetta. Although I wish that more games played out like this, I also fear that if every game ended in this manner, it would take away the novelty of it.


If you wanted to see some of the ending for yourself

Some questions to the reader: Any other games you know that play out like this? Do you like this kind of ending or does it feel cheap to you?
#Community    #Rants
Login to vote this up!