1:21 PM on 01.30.2011 (server time)    0
As a gamer, everyone has their types of games they enjoy. Some like puzzle games, rpgs, action, fps, sports, fighting, etc. I'm really kind of open ended, but I prefer open world wrestling fps racing kangaroos. You don't get that in a lot of games. But that's beyond the point. Yesterday my best friend told me and another friend that we needed to get a new game for multiplayer fun. He rented this game that he said he was going to buy it after his rental was up, it's so much fun.
The game, Two Worlds II. Now I did some researching, the first game was such a failure that the creator of it buried himself in cement (that's the rumor I heard on the street). I honestly couldn't find an honest review of this game. Which I thought was strange that no one was straight up. So I had a 50/50 change here.
I had a bunch of credit at a local gaming chain, so I decided what the hell I'll buy it. The first thing I noticed was it had what looked to be a rip off of Castlevania Lord of the Shadows except the Belmont guy with his back turned.

Nothing says trouble like your main character turned around not facing the cover.

Now, my friend describes this game as being very "in deph" where you can make your own weapons, make your own potions, and we can play in an open world and do all sorts of quests. I'm thinking, okay an RPG sort of like Diablo or Torchlight. I was very wrong my friends, and so was he.(he's still my best friend and I <3 him)
Think of this, if the movie the Room, Mac and Me, Troll 2, and Stevie Wonder made a game, this would be it. Nothing wrong with these movies, cause I love awesomely bad B movies but you get the point. the McDonalds Dance scene was the best thing ever.
For some reason when you start up this game the screen is off center. You're trying to create a character but you can't see what buttons zoom in, rotate, etc due to it being off the screen. I had to shift my picture to the right about 8 inches to see what I was doing.
Then you get the joy of making your character. There's not a lot of options here folks. I mean you can give your character a broken nose move his eye lid corners, but even when you do that you can't even tell a difference in your characters look. I was going for Jeffry Donovan from Silk Stalkings 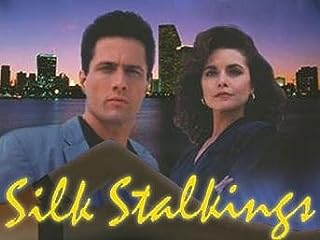 I kept hitting B button instead of A and kept screwing up all my work so after 5 times of creating someone, here's how my guy turned out

Hi, I'm your hero, I've come to save the day from Skeletor who happens to be the boss I think.
This is what you get almost with every option of creation. This same greasy looking fellow.
Doesn't he look like a grand character that is gonna do some sort of function to make the kingdom a happier place?

Look, I'll save you the time here, this game is like Supermarket Sweep, minus the groceries.
Animations are terrible, acting is terrible, graphics are nice, fighting is wonktastical, the menus are confusing, there is absolutely no explanation of how to do anything, and seriously, whatever guy you create will make you be unhappy that you're playing with the guy who checks your oil at walmart.
You go through the normal this is how you do this but you really don't grasp what is being said cause you're too busy laughing at the characters having a hard time even conversing with one another. Some ninja orc saves you and then gets caught in a bear trap. Then somehow she gets out and you learn to shoot a bow and shoot fire from a staff, then it just leaves you hanging to figure out how the hell do do everything else. I put in about 3 hours into the single player (yea I know you haven't beat it but why bother when you have something this bad), nothing was explained, I ran around naked on a beach, fought some troll things with a club, set myself on fire, tried to drown myself, and ended up getting killed by physics.Which brings me to jumping. This is the best feature of the game. When you jump it's like you're jumping on the moon, you fly through the air with no gravity whatsoever. I could leap beyond the bounds of gravitational pull. The Orc like characters who are part of your crew, I assume N.W.A were amazed that I could leap so far. They stood there saying, "what is this" over and over. That's how amazed they were. I myself was pretty amazed at why my character didn't run track in high school. They could have left out the rest of this game and just let you jump alot and I would probably enjoy the single player. So after about 20 more minutes of jumping like the 6 million dollar man, I decided to try out multiplayer.

Multiplayer
This folks is a whole different ballgame. This is where my friends and I were like, alright lets start a grouup and go questing. The Multiplayer is somewhat redeeming for the awful single player. You have the choice of picking classes, and building a whole new character just for multiplayer. I ended up with a Dwarf that looks like Daniel Day Lewis from Gangs of New York. This made me satisfied.

So we begin our journey. The Mechanics don't change in multiplayer...unfortunately. You can still jump 90390920935025 feet across the map swinging duel swords while you're friend who is playing as a magician or something constantly says, Earth Wind Fire Water like he's summoning Captain Planet. The music of the first quest rips off parts of Stairway to Heaven. We sang most of the song terribly while we were wandering around picking up herbs and taking wolf hearts. There's a big market for herbs and wolf hearts ya know, I could kill about 10 a day sell them, put them all into a 401k and retire by 50. Or I could buy me a weapon, dismantle it, and build a time machine to take my back before I bought this tragedy and put it as a pre-order on something worthy of my time.
I found that climbing on top of houses is amusing.

Thars GOLD up HERE!
On my quest to clear out a graveyard/cave/grandmothers cupboard, I was impressed that I got to fight a bear.

"hey bear, hope you enjoy this stick thing I bought for 1250 gold pieces it tastes like peanut butter in your mouth"
After a few hours we start leveling our guys, which was fun until we got stuck. That's right, in a cave, stuck for 2 hours, pushing a lever that doesnt open the door it's suppose to. It was like Boyz II Men singing off key and minus that really good harmony guy.
Now I will say, this game is fun to play with friends who are either drunk, have great humor in bad games, or if you play it upside down it brings a whole new perspective on it. But folks, don't you ever, I mean, EVER buy, rent, or accept this game as a gift. I'd take a mailbox full of bee's that shot acid and buzzed the slow jams of Chicago then to let someone go through the disaster that its known as Two Worlds 2.

"ey is this stick sharp enough to win the game?"
It really is a train wreck that you look away, but watch anyways cause you want to laugh at how bad it is.
I give this game 10 Charles Barkleys "That's just Turables"

The most ELECTRIFYING Man in Gaming Entertainment. The Innovator of Random, taking you to the Top of Space Mountain, and crashing down on you for the 1, 2,3. Host of the Rad Show: Get There!

I have worked in the music industry, the radio industry, the engineering industry, and the wrestling industry. I represent Dtoid Western Kentucky Division 404. I like to make video games more entertaining. I also like riding ponies while eating bags of gummy bears. I also assist with various other Programs on the Streams. You can find me weekdays assisting with Mash Tactics or generally throwing randomness.

I plan on entertaining, or at least trying to entertain as much as I can until I forget to post, which happens when you're a busy person who is busy.

So basically I'm gonna try, until I need a day off and forget to post, and then someone is like man that guy was really cool, I think he died or something like the ultimate warrior, cause that's what happens when someone disappears, everyone assumes they're dead...or well at least I do. I swear that I thought Danny Glover died like 3 years ago. But when he sent me a message on twitter after I commented about him dying in a river rafting fruit collecting contest in Utah, I was like, "holy crap, he's not dead."