Theater of the Mind

Jason Rohrer is a fucking crazy person. He does crazy things presumably from a loonie bin tied up in a straight jacket and then puts them out into the world. He made a game meant to be played two thousand years in the future and buried it in a desert. He made a gambling game with an underbelly of occult themes, and actually developed and published a game cater made for the Nintendo DS. He has this sort of modern art mentality when it comes to video games, and his projects are mostly creative affairs because of this. He's the sort of developer the world needs and says they want but at the end of the day, they really just want more explosions and tits. So Jason Rohrer will probably never be popular. Until he finally makes a game about exploding tits. 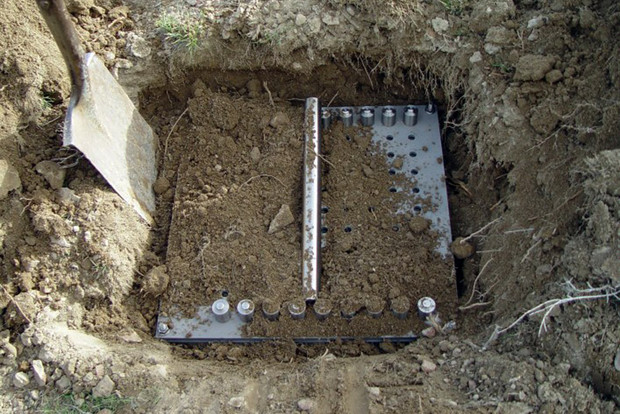 I am a fan of his games and have owned two of them. I'm not sure how many there are out there to own, but I have Diamond Trust of London and I bought a couple of copies of Sleep is Death. I first heard about Sleep is Death in a Hey Ash podcast and it piqued my interest. Sort of a live play with sets, characters, and music, orchestrated by two players connecting to one another online taking turns, it's not a game per se, but more of an experiment in collaborative creation. Each player has about a thirty second turn (if I remember correctly) to establish a scene. They can manipulate the game screen, changing backgrounds, adding new characters, and editing their speech bubbles. The aim is none other than for the players to create a story with one another, the strict time limit forcing quick thinking and opening up the scene for tons of amusing mistakes.

It was one of the best experiences I've had in a video game, despite the fact that there is no actual gameplay to be found in it. Anywhere.

I would consider Sleep is Death to be a theater of the mind. The entertainment value comes from two people with collaborating ideas and the inevitable amusement that arises from their alternative narrative. To my knowledge, there isn't much out there that is like Sleep is Death. The concept of that sort of meta game is not foreign to video games in general, however, and in my experience, it's an element that has always been a part of my gameplay experience. 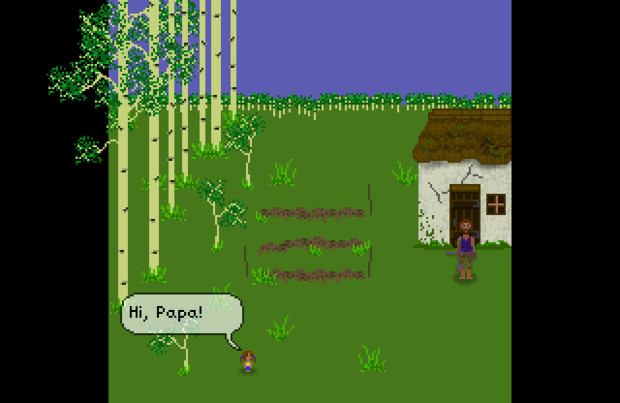 I'm looking forward to Sword Coast Legends. Having been a Dungeons and Dragons player for as long as I can remember, the idea of a faithful experience to the game is compelling. At the same time, I have reservations; I don't think it's going to work the way the developers want it to work, at least in terms of providing a true roleplaying experience. So far, it looks good, it looks effective in setting out to achieve its aim, but it really feels more to me like a fast paced digital version of Descent: Journeys in the Dark, or Hero Quest. Both board games of a dungeon crawling flavor, and both emulating a part of the Dungeons and Dragons experience, but board games nonetheless with strict rules for both the players and the game master himself to ensure a balanced, equal experience is being had. The players and the game master are there to play a board game full of fantasy combat; they are not there to create an adventure. Not only do the rules betray this, but the reliance on boards and miniatures do as well.

See, growing up, D&D was all about the story. We had scant materials in our possession and had to rely on a few sheets of rules and crudely drawn out character sheets. As long as you had a set of dice, that was all you needed; you could play for literal weeks with the Dungeon Master coming up with a story on the fly for players to engage in. Combat was not done on a grid with pieces and strict rules; that orc is over THAT way. He's about twenty feet away, so he is well in projectile range. Rules were fudged where necessary to keep the story moving, as were dice rolls. The gameplay comes to a crawl when a character dies or is incapacitated, and while it is necessary to let the randomization of combat come into play sometimes to remind players that there are real consequences, for us, it was all about the story, the world, and the experience.

This style of gameplay, theater of the mind, is seldom replicated in video games. Luckily today there are a lot of online tools that facilitate remote RPG gameplay across multiple different systems, where all anyone needs is a Skype connection to chase the RPG dragon. Not everyone role plays this way with many players today preferring a more strict, combat oriented system of defined, static rules. But the theater of the mind experience is there in some form for players who want it. 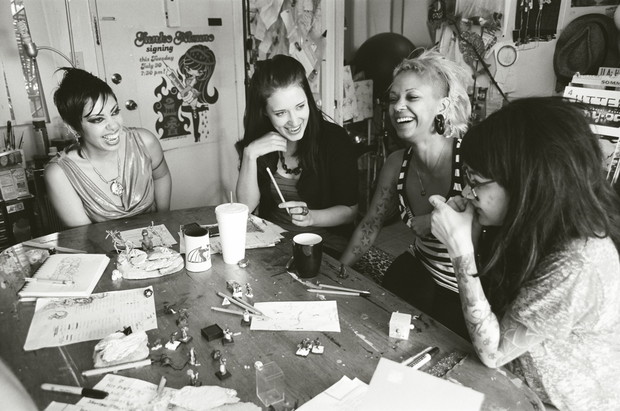 Coming back to Sleep is Death, I'd like to see more games that rely less on rigid game mechanics and more on direct player interaction to create their narrative. Because it is an experience that is unique to everyone, as long as you can find a partner who is interested in playing (which may be harder than it sounds) the possibilities of the bizarre picture book stories you can create are practically endless.

There are some other more obvious methods of collaborative story telling in games, the most prominent being roleplaying. When I booted up World of Warcraft for the first time back during it's release, I was shocked and excited to see active roleplaying servers. For me, an MMO is not much without an active group to roleplay with. When it just boils down to the grind, hitting max level and engaging in end game content, I tend to get bored of the experience and move on quickly. But when I can create a character and develop their story actively along with others, despite the fact that it has no bearing on gameplay or the game world whatsoever in most games, I feel more invested and willing to spend time just existing in said world. That's what made Ultima Online, my first MMO, such a compelling experience. It's also why my favorite "game" to play, for years, was just hanging around in RP rooms in Yahoo! chat.

When my cousins and I were kids, we sort of did the same thing. We would play barely-any-fun games like Hexen and build our own little stories based around them. We even created a narrative for our endless sessions of Smash Brothers. It was no different than playing make believe with toys or Lego, but with video games as the base tool for the storytelling that was going on.

The other night, I had my first D&D session with a group of players in theater of the mind style. We are playing a campaign using the fifth edition rules of Dungeons and Dragons which in my opinion are the best iteration yet. I have a stack of first edition books, and was always most fond of 2nd edition with fourth being my least favorite due to it making grid combat and rigid planning a near requirement to enjoy the game. With a group of roleplayers new and old, we all went in hesitantly; I had only had a few hours to prepare a nights worth of adventuring, and nearly every planned encounter and puzzle I had devised was avoided due to player action, a possibility I was comfortable with dealing with should it arise. Most of the adventure was improvised, and since none of the players were really familiar with the old school, free form method of roleplaying, it took a bit for everyone to sink their teeth into. But I heard nothing but positive feedback after, the feedback mostly being concerned with the story of the game itself. "Who was that weird old guy? Has the town we are heading to been sacked?" It was a refreshing change that brought me back to my youth, before min maxing, before stat crunching. A huge contrast to my 4E sessions of "I wonder how much damage I can do with X weapon? What kind of loot does this guy have?" Because the rules of combat weren't the main focal point, the rules of the game itself sort of fell to the wayside and the story was allowed to breath. The characters were made to feel that they were in a real world, not some rigidly constructed video game made life with NPC's whose only point to exist was to hand out a quest or lend a helping hand in combat.

I want more. More of this. I don't know what Jason Rohrer has planned next. He's probably going to design a game made just for dogs to play and send it into space so that when humanity destroys itself and dogs become the dominant species and claim space as their own and dub it "dog space", they will go out into dog space on the Bark-X91 and find the dog game floating there. Or whatever. But he should really make more Sleep is Death. And other people should make those sorts of experiences as well.

Because I'm selfish and do what I say and want please, developers.